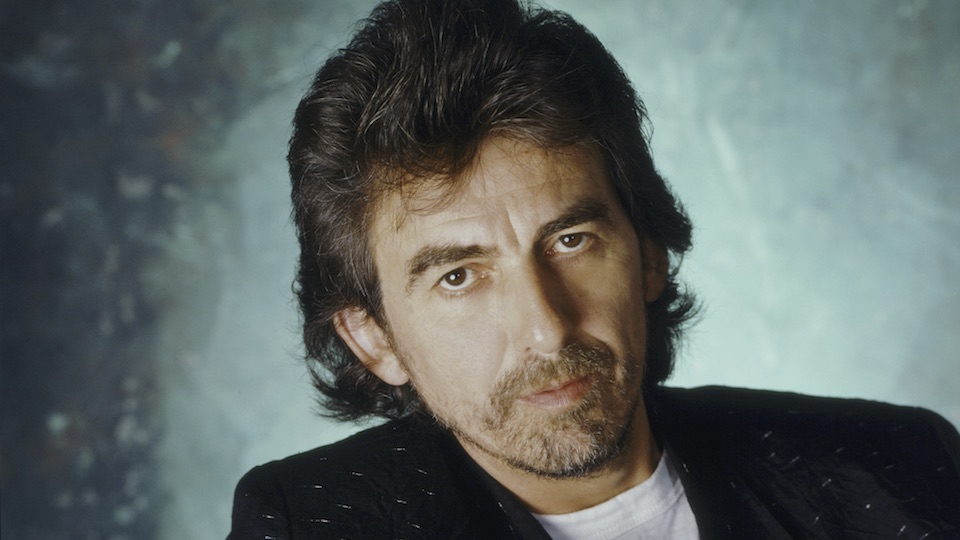 For a guy who wrote a song called “All Things Must Pass,” George Harrison was one bloke who could occasionally pass some snarky judgment.  Mick Jagger noted: “George could be very friendly, but he also could be quite quarrelsome at times.  He had a side of him, which, if he felt you deserved it, so to speak, would lash out at you.  But I’m talking about when he was much, much younger.  I never saw that side of him later on in life.”

Yes, the “Quiet Beatle” was not quiet when it came to voicing criticism which read like the vitriol John Lennon was known to spout.  When the Hollies covered “If I Needed Someone” in 1965, George dissed: “They’ve spoilt it.  The Hollies are all right musically, but the way they do their records, they sound like session men who’ve just got together in a studio without ever seeing each other before.”  The then-Holly Graham Nash barked back: “Not only do these comments disappoint and hurt us, but we are sick and tired of everything the Beatles say or do being taken as law. If we have made such a disgusting mess of his brainchild song, will he give all the royalties from our record to charity?”

In 1996, Harrison then not so charitably offered his take on what some say is a Beatles’ tribute band, Oasis: “The music lacks depth, and the singer Liam (Gallagher) is a pain, the rest of the band don’t need him.”  But like his big brother, Noel, Liam is quick with a retort: “If any of them old farts have got a problem with me, then they should leave their Zimmer frames [a walker] at home and I’ll hold them up with a good right hook.  I still love the Beatles and I still love George Harrison as a songwriter in the Beatles, but as a person, I think he’s a nipple.”

Liam’s grievance again proved that you always hurt the one you love and in George’s case, his worst disses were often reserved for two guys he loved and sometimes despised: Lennon and McCartney.

Harrison’s early seed of discontent with his bandmates could very well be found in the contract he signed with Northern Songs, Ltd.; the Beatles’ publishing company.  While John and Paul each got 30% of the shares, Ringo and George got a not-so-walloping 1.6%.  George sarcastically addressed his displeasure with Northern Songs through his “Only a Northern Song” tune.  Even when George formed his own publishing company (Harrisongs, Ltd.) in 1964, he noted that Northern Songs’ music publisher Dick James “had conned me out of the copyrights for my own songs” by having the guitarist’s tunes published under the Northern Songs’ umbrella until the contract expired in March 1968; thus allowing two of the major shareholders, who happened to be John and Paul, to make much more money than George did on his own songs.  Perhaps his “Taxman’s” opening lyrics accurately described his own paltry percentage: “There’s one for you…”

George also let his feelings be known about his dealings with Mr. McCartney via his 1970 song “Wah-Wah;” with Paul being a “wah-wah:”

And I know how sweet life can be,

If I keep myself free of wah-wah.

You made me such a big star,

Being there at the right time,

Cheaper than a dime…”

Before he confessed the song was about his strained relationship with Paul, George had said the song’s message is: “You’re giving me a bloody headache.”  But Harrison may have got a much bigger headache in 1969 when he and John supposedly came to fisticuffs during the filming of Let it Be and what later became the documentary The Beatles: Get Back.  Producer George Martin stated that the two “Scouses’” dust-up was hushed up for years and out of any camera’s range.  The underlying reason for the row could be how George treated Yoko.  John stated: “George insulted her right to her face in the Apple office at the beginning.  He was just being ‘straightforward.’  You know that game of ‘I’m going to be upfront.’”

No word if before their scuffle, John snarl-sang a lyric from a Little Willie John tune he covered (“Leave My Kitten Alone”) that warned: “I’m gonna hit you on the top of your head!”  After the fight was over, Let it Be’s director, Michael Lindsay-Hogg remembered: “We looked at George as he stood silent for a moment. ’See you ’round the clubs,’ he said.  That was his goodbye.  He left.”

Thankfully, the disagreement did not last long enough to harm the bandmates’ relationship and the two happily recorded Lennon’s “How Do You Sleep?” an “up yours, mate” song to Paul…who had earlier recorded “Too Many People,” a diss track to John.

Yes, George may not have suffered fools well.  But even in a time of great suffering, he still could turn a humorous phrase.  After an intruder broke into his Friar Park mansion and attacked him with a knife, a bloodied George was being carried from his home on a stretcher. He groggily looked up and said to a new employee: “So, what do you think of the job so far?”