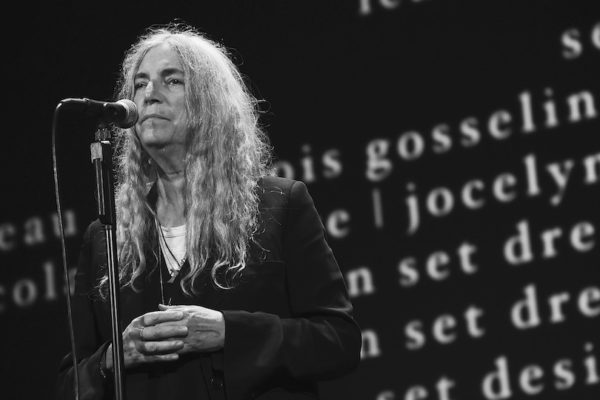 The rock star memoir can be a dense and delicious literary genre,  especially as outrageous musicians who’ve survived their debauched lives onstage decide to share their crazy tales  years later. (Think Keith Richards, Grace Slick, and Chuck Berry.) Who doesn’t want to dip into the insanity, albeit from a distance? With that in mind, following a CultureSonar article from late February 2017, we went through your many resulting reader suggestions and pulled together a list of your ten most recommended rock n’ roll autobiographies. In short, you spoke, we gratefully listened. And now having read them, we also agree. These are riveting.

1. Michael Nesmith, Infinite Tuesday (2017)
The Monkees were a more-than-endearing pop sensation that outlived and outgrew their cult TV presence during the 1960s —  but Nesmith, a key member of this pre-fab band, clearly views his source of fame to be of modest importance. Sure, he had fascinating interactions with icons of the era like Timothy Leary, The Beatles, and Douglas Adams, but this guy is a brainy spiritual seeker, too. Those looking for celebrity dirt might be disappointed, but please stick around for the wit and self-deprecating musings. Nesmith is an “eccentric’s eccentric” —  in the best way possible.

2. Robbie Robertson, Testimony (2016)
A literary raconteur and lead guitarist for The Band, Robertson digs deep in this lengthy tome. Appropriately, his account ends in 1976, with the release of that glorious swan song movie, The Last Waltz.  Ahead of that marker, Robertson shares fabulous stories about Bob Dylan, John Lennon, Edie Sedgwick and Allen Ginsberg. When it comes to his feud with bandmate Levon Helm, he graciously takes the high road. The riches here are his insights on life and music, which are both significant and beautiful.

3. Carly Simon, Boys in the Trees (2016)
Simon is revered as an elegant lyricist, so it’s no surprise that her prose is so evocative. Her iconic feminism and bold sexuality plays compellingly against her old-school feminine wiles and insecurities, and her encounters with icons of the time are laid out in hilarious and poignant detail. Also intriguing is her combo of bourgeois upbringing and hippie sensibilities. She writes cautiously but movingly about her ill-fated relationship with James Taylor and, best of all, comes through with a (partial) reveal of the longtime mystery man behind “You’re So Vain,” the song that ensures her legendary status.

4. Rod Stewart, Rod: The Autobiography (2015)
Many rock star bios veer towards the dark; sudden fame, rampant addiction, destructive relationships and death. Regret and redemption often come into play. Well, you’ll find precious little of that in this swaggering tell-all in which Stewart shines especially when discussing his longtime friendship with Elton John (“Phyllis” and “Sharon” to each other) and while recounting his unapologetic love of the good life and  blondes from Central Casting. His Cockney charm and utter lack of remorse over his dissolute but delightful life makes for a shameless, often sidesplitting read. Insightful analyses of songs like “Maggie May” are just icing on the cake.

5. Gregg Allman, My Cross to Bear (2012)
We lost Allman n 2017, thereby marking the end of a Southern Rock dynasty that began in the late 1960s with his late brother Duane. Before he left us, Allman blessed us with this memoir written in a fabulous patois that feels quirky and intimate, a southern hippie bad-ass gent who has been through the proverbial mill and has nothing left to hide. His massive addiction to drugs and alcohol were a specter for decades, and he owns his misdeeds. Thankfully, he found some serenity towards the end — but it’s his honesty when laying out his sins that earns our utmost respect.

6. Patti Smith, Just Kids (2010)
Patti Smith’s brain cell-realigning gem of a book shows her skill as a storyteller – she has the ability to resurface memories with clarity and delicious subtext. At its core here is her relationship with artist Robert Mapplethorpe (1946-89) whose homoerotic images rocked the artistic world, and with whom she was the most intimate of friends (the two roomed together at the Chelsea Hotel in NYC). But the book is more than the hagiography of a friendship, as Smith brings to life a bygone time when young adults could live on the cheap, pursue their artistic bliss and hang out with underground luminaries of the art and music world. Her writing is infused with wisdom and innocence as she lures the reader into a world of beauty and pain.  It’s both historically unique and well worth mining.

7. Bob Dylan, Chronicles, Volume One (2005)
Not a conventional autobiography by any means, Dylan’s beautifully written account of his salad days as a Greenwich Village musician raises more question than it answers. He remains enigmatic, but even so, it’s a rare treat to get inside his head. Throughout this unconventional memoir, he reveals a humane, playful — even corny — side which may surprise those who’ve pegged him as a brooding genius. All in all, Chronicles, Volume One is a unique experience, revisiting the coffeehouse folk scene of one Nobel laureate’s mythical journey.

8. Joe Jackson, A Cure for Gravity: A Musical Pilgrimage (2000)
A slick, cocky “Angry Young Man” with musical chops and a distancing manner, Joe Jackson was a big name in the late ‘70s — especially with the release of his album Look Sharp. In keeping with his cool persona, this book is more a dissertation on music and artistry than a standard-issue memoir, but it has a lot of humor and some real confessions by this brilliant ( if rather prickly) man. No photo section, no prurient tales beyond pub fights, no index to check for other big names. That’s not Jackson’s style. Looking for gossip? Go elsewhere, my friend.

9. Chuck Negron, Three Dog Nightmare (1999)
As one of the founders of Three Dog Night (“Joy to the World,” “Old-Fashioned Love Song,” “Mama Told Me Not to Come”), Negron was a superstar until his runaway addictions got him kicked out of the band that he’d helped form. While the paradigm of stars falling into the abyss is not uncommon, this story is striking for its true horrors, near-death experiences, and the miracle of recovery that made this breezy yet self-aware book even possible. There’s a reason this out-of-print autobiography has become a cult favorite, fetching absurdly high prices online — and it’s not just because of the exploding genitals.

10. Marianne Faithfull, Faithfull: An Autobiography (1994)
Marianne Faithfull has always been much more than a muse of Mick Jagger. Need proof? Well, her autobiography covers an idiosyncratic London childhood, a wild-child adolescence, and an ability to be in the right place at the right time — repeatedly. Despite enormous beauty and talent, she too succumbed to addiction, which led to extended homelessness. But “never apologize, never explain,” she writes early on — and it’s a dictum she follows as she matter-of-factly relates her epic odyssey. This is one you simply won’t forget.

PS.  Also, check out this great book, “In Their Lives: Great Writers on Great Beatles Songs” — and there are some other rock and roll memoirs worth reading.