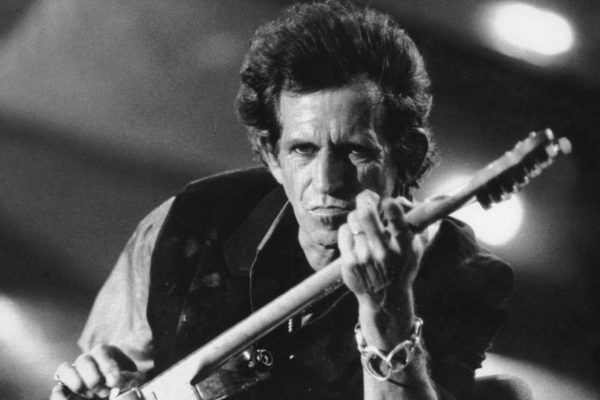 Books about our rock heroes, written by those heroes, always have a special kick because we get to hear about their highs and lows from the most personal insider perspective possible. The best of the best lay bare their lives, struggles, and creative processes — somehow humanizing the superhuman during the process of getting down their official version of the legend for posterity. Here are some of the best music memoirs from the past couple of decades that make for solid, poignant, and often delicious prurient reading. As you might have known, rockers are good at the down-and-dirty details.

1. Phil Collins, Not Dead Yet (2016)
From his drumming for Genesis through his lengthy solo career as singer-songwriter, Phil Collins has plenty to share in this extraordinarily engaging memoir. One of the rare blokes to sell over 100 million records, his self-effacement here is disarmingly endearing even as he recounts interactions with nearly every musical legend of the past half century. He also bravely details his romantic heartbreaks and middle-aged struggle with alcohol with thoroughness and admirable accountability. Those who write him off as an outmoded 1980s artifact will find his book enlightening. Fans will adore it.

2. Bruce Springsteen, Born to Run (2016)
Given The Boss’ legendary lyricism, it comes as no surprise that he’s a sterling storyteller, too. This wide-ranging memoir is a long read and a revelation. We meet the brooding child in a loving, troubled family on the margins of Freehold, NJ and the young struggling musician with an extraordinary gift and crazy devotion to his craft. His love for The E Street Band is explored in touching detail yet for all his honest introspection, he’s still discreet about his romances. He is downright rhapsodic about his beloved wife Patti Scialfa and his children. All told, this well-honed rock memoir is a masterpiece — 7 years in the making, eternal in its appeals.

3. Ann and Nancy Wilson, Kicking and Dreaming (2013)
Known for their musical chops, sexy stage presence, and estrogen-filled bad-assery at a time when women generally did not rock as hard, Ann and Nancy take alternate chapters here as they detail their path from folk-music broads to the glam metal goddesses of Heart. Their shared story is a fairly detailed kiss-and-tell that also delves into the pain of being viewed as objectified women more than true-blue musicians. Overall, Kicking and Dreaming is chatty and funny, a fine chronicle of women in interesting musical times.

4. Belinda Carlisle, Lips Unsealed (2010)
The one-time lead singer of the The Go-Go’s spins a searingly raw account of her debauched youth and slow road to recovery then stability with her family. Belinda tells it all without apologies, rationalizations, or censorship. She was not always the nicest person in her heyday (which included a noteworthy solo career) but there is a grace in her ‘fessing up to her wrongdoings and now doing her best after the worst has already been done. Best of all, you’ll likely be calling up her infectious tunes as she alludes to them throughout this most enjoyable book.

[amazon template=right aligned image&asin=B0086WLVDY] 5. Keith Richards, Life (2011)
The legendary Rolling Stones songwriter-guitarist educates and riffs for 564 pages. There’s not a dull moment to be found, not in his Dickensian childhood, certainly not in his lifelong journey with The Stones. In truth, his story is almost too big to be contained within the bulging covers. His enormous musical gifts, dissolute ways, heroin addiction, romantic entanglements, and fatherly failings could make for a miniseries. Not to mention his complex relationship with Jagger, whom he eviscerates in places while still professing love. Ageless depravity and undeniable cool? Sure. And a hell of a lot more.

6. Eric Clapton, The Autobiography (2008)
“Clapton is God” is one of the most enduring statements to be spray-painted on a London wall in the mid-1960s. But what a troubled deity! The guitar maestro’s decades-long addiction to drugs and alcohol, romantic collisions, occasionally abominable behavior in the 1970s, and agonizing loss of his son (during which he remained miraculously sober) are detailed here along with his hard-won stability and admirable work with fellow addicts today. This is an elegantly heartbreaking and ultimately life-affirming read.

7. Grace Slick, Somebody to Love? (1998)
Grace Slick comes out blasting in her wacky, unrepentant life story. Lead singer for the seminal band Jefferson Airplane then later Jefferson Starship, Slick was best known for her haunting voice, magnetic persona and outlandish behavior on and off the stage. She wittily tells on herself about her sexual rapaciousness, drug abuse, and excessive boozing, as well as her fierce unconditional love for her daughter. Her writing voice is conversational and quirky; her tale, one of the proverbial Phoenix rising from the ashes.

8. Chuck Berry, The Autobiography (1988)
Hail, hail rock ‘n roll! And Chuck Berry, one of its founders! This book from almost 30 years ago recounts a life riddled with salacious, occasionally criminal acts. The prose is polished and wryly understated, especially considering Berry’s wild-man image, which isn’t to say he’s not forthcoming about his own poor decision-making and odd sexual compulsions. Berry, who recently passed at 90, was married to the same woman since 1948. That he survived so much racism without bitterness is a miracle. A final chapter in which he lists his likes and dislikes with gusto is utterly charming.

PS. If memoirs is your thing, check out our round up of television actors’ autobiographies.

28 comments on “All the Rock That’s Fit to Print”