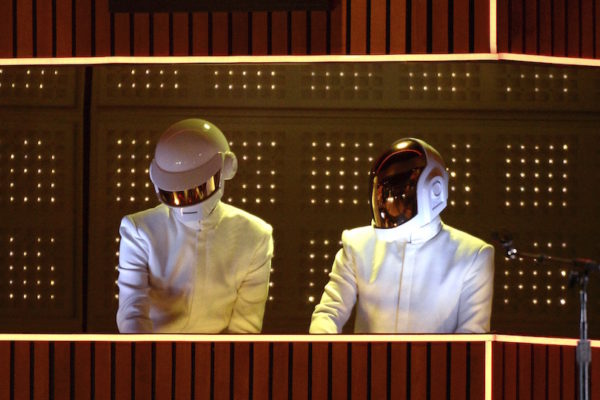 As the first decade of the 2000s reached its second half, Daft Punk had already secured a safe place in the eyes of popular music fans and critics alike. Both 1997’s Homework and 2001’s Discovery were game-changers for the electronic scene, and singles such as “Around the World” and “One More Time” became instant radio staples. This success allowed the two French producers and multi-instrumentalists to step out of the spotlight and every few years make a new album the way they wanted to, with no pressure from the outside world. Still, by the beginning of the next decade it felt like something was missing. 2005’s Humans After All was the first record of theirs to receive mixed reactions (unjustly, if you ask me), and the two projects that followed — a live album and a soundtrack — were still not enough to satisfy the public’s demand. It’s no surprise then that the release of the smash-hit “Get Lucky” in mid-2013 was hailed as a true return to form.

Looking back on it, the hype was deserved. This is one of those songs that perfectly balances the old with the new — it’s an open tribute to the late-70s era of disco that still manages to sound current and relevant. That’s in no small part due to the two musicians that collaborated with Daft Punk on it: guitarist Nile Rodgers of Chic fame brings his trademark funky licks to the table, while Pharrell Williams molds his infectious falsetto perfectly over that. “Get Lucky” speaks of the two main ingredients that make Random Access Memories a success: a modern, revitalized approach to old sounds, and a top-notch list of featured guests. Another absolute highlight, “Touch,” takes things even further — an 8-minute epic that starts out as a piano-driven ballad and in the end becomes a full-scale choir-and-orchestra anthem. The leading vocals are handled this time by songwriter/soundtrack composer Paul Williams, who gives what’s perhaps the album’s most emotional performance.

The same recipe seems to be used for “Giorgio by Moroder,” another multi-part composition and highlight here. But instead of featuring the musical skills of the artist that it’s named after, the song does something a bit different: electronic music pioneer Giorgio Moroder narrates his own life and rise to fame over Daft Punk’s instrumental. This results in some incredible quotes such as “Once you free your mind about the concept of harmony and music being correct, you can do whatever you want” that will make you want to know more about his story. And if not, the freak-out section at the end will at least convince you of the song’s worthiness. In case you’re looking for something more immediate, “Instant Crush” and “Fragments of Time” are both accessible, memorable tracks with a bit of a rock edge; the former featuring Julian Casablancas of the Strokes and the latter, house producer Todd Edwards.

But don’t think that the album shines only when other artists are involved. “Beyond” and “Contact” both showcase the instrumental side of Daft Punk and are immersive, spacey soundscapes at that. Some people have difficulties getting into their robo-voices when the duo takes on the lead vocals, but I think that the vocoder effect is in perfect sync with the album’s themes of isolation and technology taking over. Whether we talk about “Give Life Back to Music,” “The Game of Love,” or “Within,” I think it all works and I’d honestly be hard-pressed to find a single weak spot here. The first song opens with an invitation to “let the music in tonight” and “just turn on the music,” and in the end Random Access Memories becomes more than just a tribute to a particular era (or a solid comeback for Daft Punk): It is simply a fantastic album that speaks about the power and potential of music.

PS. On its 40th anniversary, “Funkentelechy Vs. The Placebo Syndrome” from George Clinton and Parliament deserves another listen. Plus, the Moody Blues break down their massive album, “Days of Future Passed”.