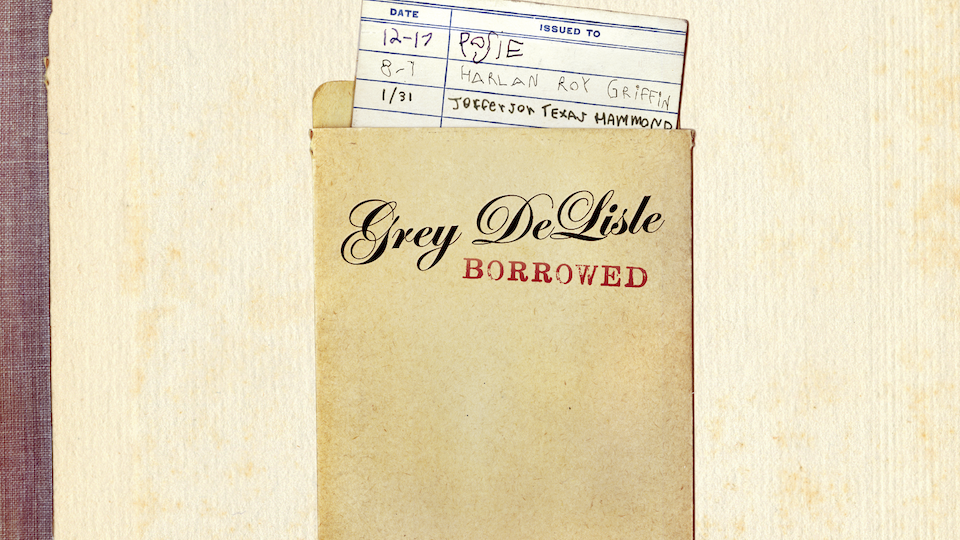 If you look up the word “versatile” in the dictionary, you’ll very likely find a picture of Grey DeLisle. She’s a multi-talented performer who’s released several acclaimed albums, including The Graceful Ghost and Iron Flowers. DeLisle recently teamed up with rocker Eddie Clendening to form The Roughhousers, a band that performs “kid’s music for adults.” She’s also a long-time voice actress who has lent her stellar talents to multiple series and films, including The Simpsons, the Scooby-Doo franchise (as the voice of Daphne Blake), and in several roles for the DC Comics Animated Universe. DeLisle’s latest album, Borrowed, is an eclectic collection of covers, featuring music from artists such as T. Rex, Nancy Sinatra, and Ray Charles.

Borrowed opens with DeLisle’s stunning take on Pink Floyd’s “Another Brick In The Wall.” Her haunting performance of this iconic song will send chills down your spine. The spare production provides a chilling backdrop to DeLisle’s superb vocals.

That’s not the only renowned tune that DeLisle tackles on Borrowed. There’s also a cover of “Georgia On My Mind,” best remembered for the classic version released by Ray Charles in 1960. DeLisle’s cover of this beloved tune imbues the song with a deep well of emotion. The album also includes a striking rendition of “You Only Live Twice,” the title theme to the 1967 James Bond film, originally recorded by Nancy Sinatra. DeLisle’s sensual rendering of the song, which includes instrumental backing by The Satellites Four, embraces the 1960s vibe of the original while standing apart as an outstanding interpretation in its own right.

Moving from the late 1960s to the early 1970s, DeLisle also offers an ethereal version of T. Rex’s “Girl,” a track from the band’s 1971 album Electric Warrior. Her take on the song would definitely make the late Marc Bolan smile.

DeLisle also provides an old-time flavored reading of “Calvary,” a 1953 gospel song originally written and performed by Marie Knight, and a lovely rendition of “Tonight You Belong To Me,” which has been recorded by a number of artists, from country singer Dottie West to Pearl Jam frontman Eddie Vedder. Other standout tracks include a heart-rending take on the Old 97’s “Valentine,” and a beautiful version of “You Are The Light,” a tune from Lone Justice’s 1985 debut. The album’s sole original, “Borrowed and Blue,” penned by DeLisle, finds the artist channeling her inner Dolly Parton (infused with a dash of Bobbie Gentry) on a memorable song about a woman’s love for a married man. There’s also a remarkable reading of Nashville-based songwriter Julie Miller’s excellent “All My Tears.”

Borrowed is an extraordinary album. In addition to the astonishing work from DeLisle, who provides vocals and plays autoharp, the record features a gifted group of backing musicians, including Murry Hammond on guitar, Greg Leisz on pedal steel, Tammy Rogers on fiddle, Phil Jones on drums, and Marvin Etzioni on mandolin and bass. Etzioni, a founding member of Lone Justice and a current member of Thee Holy Brothers, also produced the album. It’s a wonderful showcase for Grey DeLisle’s phenomenal talent and expansive range as an artist. Borrowed is a digital-only release from Regional Records.

0 comments on “Grey DeLisle’s “Borrowed”: Covers With A Twist”