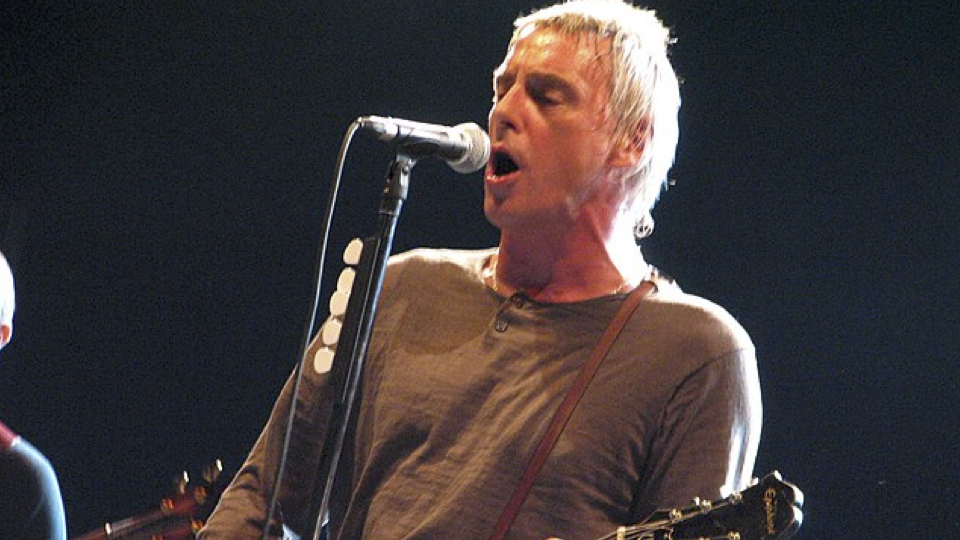 Paul Weller is one of the most enduring songwriters of his generation, and although he never received the American acclaim afforded to idols Paul McCartney and Pete Townshend, his influence is recognized all over the globe. Whether it was the post-punk offerings of The Jam or the yearning of his solo work, Weller’s work has spanned decades, and with the release of Fat Pop (Volume 1), it’s unlikely to end anytime in the near future.

Fuelled by the power and aggression of the central riff, Paul Weller lifts forward and lets out a ferocious roar, detailing the tale of a lowly man lost in the very town he helped meld with his two bare hands. The song, one of The Jam’s very best, is bolstered by some tidy drumming from Rick Buckler, who plays the set with the precision of a bricklayer: bap bap bap!

Weller was growing out of The Jam and was considering forming another band. The Style Council were the superior outfit, but there are Councilesque hints during the latter part of the band’s career, not least on the fragile “The Bitterest Pill.” Achingly sung, Weller lets out years of vented up hurt out onto the microphone, delivering a vocal that was strangely mature for a man who was still in his mid-20s.

Let’s just go out and say it: “Speak Like A Child” is the most inventive song in Weller’s canon, creating a jaunty track that cannily avoids pigeonholing as neatly as it subscribes to the regulations of funk pop. The 1980s were dawning, and Weller was eager to make his voice heard, and The Style Council – one of the best bands of the era – gave him the opportunity to showcase his more esoteric side.

Bolstered by Mick Talbot’s soaring organ line, this brass-heavy tune cornered a market that was left vacant by Paul McCartney and Wings, offering a form of ballad that was deeply reverent of its audience, championing the many sides of the world that were embracing a more modern perspective to the shackles that had tied their cities down to history. As it happens, the song made an impression on the world, and Talbot later toured with Kevin Rowland and Dexys Midnight Runners.

The Style Council wasn’t afraid to take a stand, as evidenced by Confessions of A Pop Group.  “Side one is for the pensioners and side two’s for the kids,” Weller explained. “I’m now writing for people my age and with my outlook. There’s definitely a sense of humor there, but I don’t suppose we’ll get any credit for it.” Well, they should have, because some of the tracks, especially on the nine-minute title track, show a band as committed to their work as ever.

By the 1990s, Weller was brave enough to go it alone, but the reticence was apparent on his eponymous debut, which might explain why it was such a patchy listen. Wild Wood was a decided improvement and “Sunflower” – awash with sonic ingenuity and flair – expressed a singer returning to the Beatlesque roots that had started The Jam on their course. Behind him, Steve White played the drums, keen to emulate his inner Ringo Starr on a song that seemed to signal the Britpop albums of the coming months.

Weller covering Electric Light Orchestra? OK, now that we’ve got that lazy joke out of the way, let’s focus on the virtues (and let’s face it: Jeff Lynne is hardly innocent of borrowing from his influences is he?) “The Changingman” boasts one of Weller’s smokier vocal deliveries, absolving himself amongst a series of younger, hungrier artists now wishing to take his crown away from him.

“You Do Something To Me”

Although primarily a guitar player, Weller is a pianist of some repute, and “You Do Something To Me” showcases the songwriter at his most florid. Where the music is whimsical, the vocals are stormy, and Weller gallops through the proceedings like a knight searching for a dragon to slay. Or a princess to lay with (the latter’s probably more pleasant.)

“Wake Up The Nation”

By 2010, Weller was in danger of becoming a heritage act, so he did the unthinkable, and released the dirtiest rocker of his career. The guitars are lively, but it’s the exuberant vocal delivery that truly stings. And then there’s the flute, which flutters into the mix like an owl cooing for a partner to mate with, or a neighbor to annoy. It’s his “Helter Skelter,” but that’s barely a compliment considering that “Helter Skelter” is risible, whereas “Wake Up The Nation” is excellent.

Having purged himself on “Wake Up The Nation,” Weller was in the place to have some fun. “That Dangerous Age” is infectious in almost every way, bolstered by a dizzying guitar line and a splashy drum pattern. In some ways, the song recalls the whimsy of Damon Albarn’s work with Blur, but it’s arguably more fun.