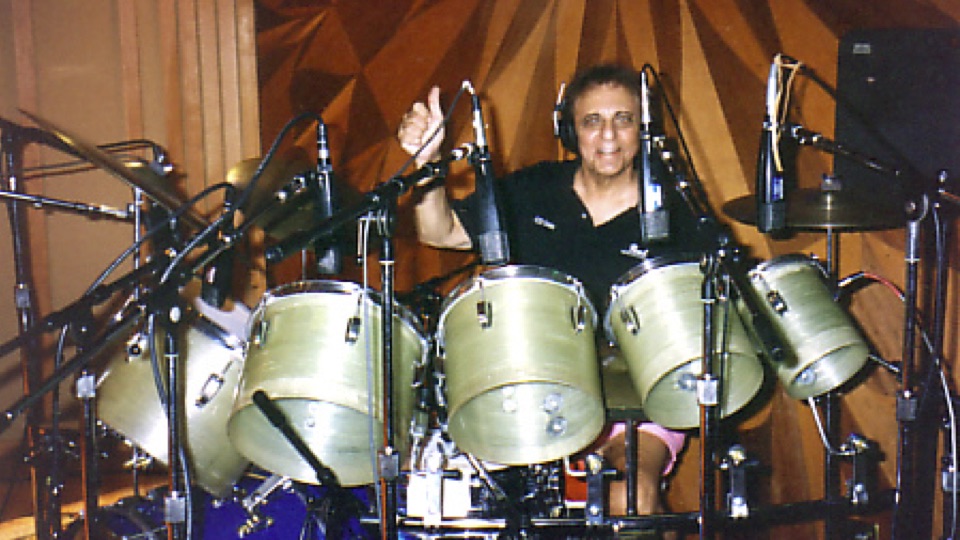 The passing of legendary “Wrecking Crew” drummer Hal Blaine closes another chapter in the history of American popular music. Thankfully, the accomplishments of Hal and his fellow Crew members have been exalted and recognized in recent years: they were rightfully inducted into the Rock And Roll Hall Of Fame in 2000, and a 2008 documentary by Denny Tedesco (son of Crew guitarist Tommy Tedesco) offered an intimate, detailed look at the musicians who helped shape our nation’s cultural landscape for an entire generation.

But for musicians like myself who believe in continuing education, there’s no substitute for receiving “the knowledge” firsthand (or even secondhand). Since 2010 I’ve had the privilege of serving as the house bassist on several “Happy Together” tours, the perennial summer concerts led by The Turtles (featuring Flo and Eddie) that gather many of the biggest acts of the 1960s to deliver their iconic hits on stages across the country. My interactions (both onstage and off) with the likes of Micky Dolenz, Mark Lindsay (the voice of Paul Revere and The Raiders), Gary Lewis, members of The Association and many others have provided me with priceless insight into the music that has fed my soul and inspired millions of people worldwide. It was on such a tour that we all experienced a brush with greatness one night…sort of!

We played the Hampton Beach Casino Ballroom in New Hampshire on July 10, 2011. It’s one of my favorite venues in the USA; the 2,000+ capacity room provides an intimate yet electrifying concert experience for the audience and performers alike. That year’s lineup featured The Buckinghams, The Grass Roots, The Association, Mark Lindsay, and of course The Turtles, and the show killed that night. As we were loading out, I was handed a note addressed to Mark Volman (aka “Flo” of The Turtles); at the top was printed “A Note From Hal Blaine” next to a drawing of a drum set, and the body of the note simply read “HAL BLAINE STRIKES AGAIN!”

That sentence is legend among a generation of musicians. Hal famously had a rubber stamp made with those words to literally “leave his mark” wherever he laid down his famously rock-solid groove: drum charts, venue, and studio walls, etc. But Hal’s (potential) presence at our gig was another thing; he had actually played on many of the original hit songs in the set, and his “stamp of approval” was a level of validation that most musicians dream of!

Related: “Breaking It Down Podcasts: All Episodes”

Back then I was video-blogging from the road on YouTube, so I grabbed my little ZOOM camcorder and started running around the venue like crazy to try and catch up with the drum master. But by the time I made it through the labyrinth of backstage hallways and staircases, the house was empty and there was no sign of Hal anywhere. To this day I’m still not sure if it was Hal himself who was there and passed us the note, but what I wound up capturing on video instead spoke volumes. I showed the note to tour principals Jim Yester (of The Association), Mark Lindsay, and Carl Giammarese (of The Buckinghams), all of whom had experienced Hal’s singular musicianship firsthand on their own hit records. It was significant and inspiring to witness the deep admiration and respect that these veteran artists felt for Hal and his drumming, and it was a profound experience for me to be on the “inside” of that relationship for a few moments.

Please enjoy the resulting video blog “Hal Blaine Strikes Again!” edited on my laptop from the tour bus the next morning. As the Blaine family so eloquently said in their statement yesterday, “may he forever rest on two and four!”

Photo of Hal Blaine in 2008/WikiCommons