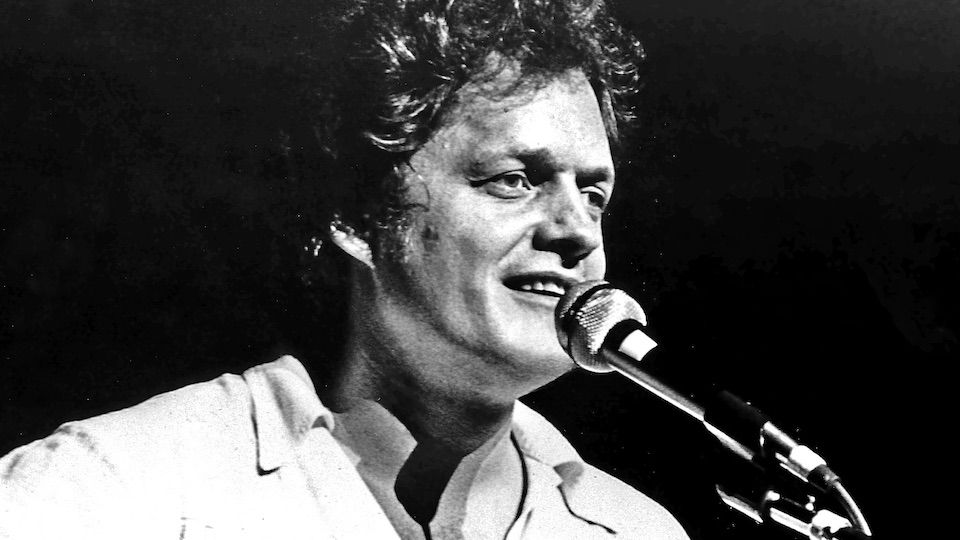 Known for his nimbus of dark curly hair, congenial face, and songs that spoke directly to the human heart, Harry Chapin (1942-1981) was a revered musical presence in the 1970s. His unique lyrics and warm voice made him one of the most beloved musicians of his time. He sold over 16 million records during his life and is a Grammy Award Hall of Fame inductee.

Also loved for his humanitarian efforts, Chapin was a force in establishing The Presidential Commission on World Hunger. He received a posthumous Congressional Gold medal after his death from a tragic car accident.

The New York City-born, Long Island-bred Chapin was a spirited proponent of the arts and a generous man who gave away much of his earnings to the causes he loved. It’s heartbreaking and unsurprising that he met his untimely end in a car collision while en route to performing at a free concert. His songs have wit and wisdom for days; the tunes will stay in your cells for life. Here’s a sampling.

The title alludes to a fictitious radio station; the narrator is a weary, aging disc jockey whose pursuit of his career cost him his best years, his health, and his family. Told from the standpoint of the DJ as he talks to his ex-wife, the lyrics play out the man’s downward spiral. The sadness is enhanced by his anguishing perkiness as he maintains his DJ voice delivery (especially while belting out the call letters “W-O-L-DEEEEE!”). We learn that he’s aged out of his job, alienated people with his drinking, and doesn’t have many prospects left. Do the call letters refer to the fact that the beleaguered DJ has grown O-L-D? Up for debate.

From Chapin’s 1974 LP Verities & Balderdash, here’s a novelty song filled with dark wit. Chapin slightly alters the facts of an actual road collision that killed a truck driver in Scranton, Pennsylvania. It’s a risky mix of gallows humor and revved-up storytelling. The visual we take away is the ultimate banana peel joke of a truck spilling out tons of smashed bananas along the freeway…and the absurd fleeting qualities of life itself. It’s an epic story and a memorable tune.

This ode to lost romance comes from Chapin’s 1972 album Heads & Tales. It’s about Harry, a melancholy cabbie, and Sue, the fare he randomly picks up who turns out to be an old flame. They parted years earlier when Sue headed for the theatrical “footlights” and Harry for “the sky” (perhaps alluding to Chapin’s own brief flying tenure in the Air Force). As the woman climbs into his cab he recognizes her and whisks her off to an expensive address. Her wistfulness is clear during their strained conversation. Her acting ambitions turned into a posh, unloving marriage; Harry’s only “flying” is from getting stoned in his cab. According to Chapin’s widow Sandra, “Sue” is loosely based on an ex-girlfriend of Harry’s, which gives touching authenticity to the story.

Chapin was so dedicated to his legions of devotees that he came through with a musical update on Harry and Sue (the star-crossed lovers from “Taxi”) in this, his last hit. Another decade has passed, Harry’s fortunes have shifted and he’s now a successful musician. This time, he gets into the back of a taxi to track Sue down at her opulent address. She’s not there, but he continues the quest and finds her at far more modest digs. She’s out of her constrained marriage, working as a single woman. She’s also infinitely happier. There’s a poignance to this couple whose love never quite saw the light of day.

Chapin’s best-loved hit is perhaps his most cautionary. Co-written with his wife Sandra, it explores a father and son who dearly love one another but because they let life get in the way, find that they’ve drifted apart for good.

The narrator/dad lays out their life together: job travels, missing milestones, being too tired to play ball. At its searing conclusion the father, now lonely and long-retired, calls his son, who is too busy to make plans or even talk much longer. Chapin delivers the devastating line with pitch-perfect heartbreak:

“And as I hung up the phone, it occurred to me

“Cat’s in the Cradle” contains the essence of all that was wonderful about Harry Chapin – his musical brilliance, kind soul, and a deep understanding of the human condition.

12 comments on “Harry Chapin: Five of His Best Songs”