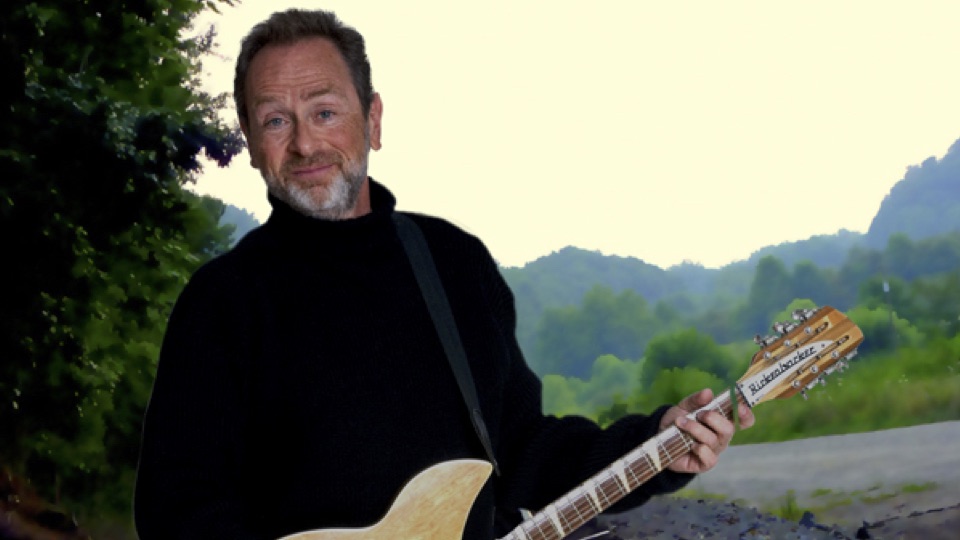 “How’s Nashville?” I ask Henry Gross when I call him on a Friday afternoon. He’s been working all week with fellow musician, Roger Cooke, who wrote songs like “Long Cool Woman in a Black Dress” for The Hollies and is the only British songwriter to be inducted into the Nashville Songwriters Hall of Fame. They’re working on an album together.

“Oh it’s great. Wrote a good song today, almost finished, only have one verse left to do. It’s always a good day around here, life is good.” he says.

Henry Gross, now 68 years old, has spent his entire life devoted to the music scene. He’s best known for being the lead guitarist of Sha Na Na, who took the stage just before Jimi Hendrix at Woodstock in 1969. And as if that wasn’t impressive enough, Gross holds the title of youngest person to perform at the festival at age 18. At the time, most everyone believed Santana’s drummer, Michael Shrieve, was the youngest, due to his youthful appearance.

“He looked like he was twelve years old,” said Gross. “I felt old compared to the way he looked.”

But it was Gross who set the record, having only graduated from high school in Brooklyn seven months prior.

“When people ask me if I’m from Brooklyn, normally I say ‘You got a problem with that?’”

Gross grew up in Brooklyn with his parents and older sister and got hooked into the music world early on. His mother sang in local choirs and even sang as an alto with the Metropolitan Opera Chorus for a while. As a kid, Gross would frequently tune his transistor radio to stations in Buffalo, Chicago, and elsewhere, attempting to absorb as much sound as he could. He discovered that he could sing along with the stair-stepping vocals of gospel singers, and, of course, fell in love with the records of Little Richard and Elvis Presley. Though his father hoped he would head for medical school, his mother encouraged his passion for music.

“She knew what was going to come after that,” he said.

By his early teens, Gross was playing with older kids in bands at colleges upstate, and then eventually at clubs in New York City, including the famous Steven Paul’s Scene, where major artists like Eric Clapton, The Doors, and Jimi Hendrix were playing regularly. It wasn’t long before Gross got together with some fellow musicians from Brooklyn and Columbia, and formed Sha Na Na, which he described as their “love letter to the 50s”.

One evening, leaving the Waverly Theatre in the Village, Gross ran into his high school choral friend, Velvert Turner, the lone understudy of Hendrix, who, sadly, would only ever put out one album after Hendrix’s untimely death. The trio headed back to Hendrix’s apartment and jammed until the early hours of the morning.

Several months later, after weeks of successful gigging, Gross would run into Hendrix again, but this time it would be on the day of one of the biggest performances of his career: Woodstock.

“I got there at 9 in the morning, I was drinking all morning, drinking Jack Daniels out of a bottle with Jimi Hendrix,” he recalls. “I went in the car with Jerry Garcia. It took us about an hour to get to the backstage area from the hotel, which was actually only a minute away because there were hundreds of thousands of kids in the way… And Jerry got me so stoned. I didn’t remember that I spent the entire day before the concert started at night with Jerry. When Jerry Garcia got you stoned, you were ready for surgery.”

Years later, a security guard who had been present that day reminded him.

“People say if you remember Woodstock, you weren’t really there. Well, baby, I was there.”

Despite the spontaneity of the day, it seems that his record-setting age had no effect on Gross’s nerves prior to performing.

“No, I was never nervous. I’ve only ever been nervous that a check wouldn’t clear.”

The check from Woodstock did indeed bounce.

But it was that festival that presented the launchpad for the rest of Gross’s decade-spanning career.

“I remember being on stage after we played at Woodstock, watching Jimi Hendrix play the ‘Star-Spangled Banner,’ and what crossed my mind was very simple, I thought, he’s making music only he can make, I need to make music only I can make. I’m leaving the band.”

“In life, we all copy, when we’re young. And then one day, we realize that copying will get you a job in a cover band. If you ever want to be who you are, you have to find yourself.”

Gross would go on to write and record hundreds of his own songs, including the 1976 hit “Shannon”, as well as tour extensively. He has worked with artists like Dion, Jim Croce, and The Beach Boys.

“If you said to me, a dopey kid, a chubby kid from Brooklyn was going to have hit records…the idea that these things would be possible for me, to have this life I’ve had, only happened because I was a fucking idiot with no sense of reality,” he said. “Because I believed I could will anything to happen.”

These days, Gross splits his time between Nashville and Naples, Florida, but continues to write songs and plans on releasing a new album by the end of the year.

“It’s been a wonderful life, to know all these great artists and to be involved at the renaissance of songwriting,” he said, and though he laments that music festivals are sometimes all about the money, he still credits Woodstock with being “ a triumph of hope for the young generation.”

You can keep tabs on Henry Gross and his ever-growing body of work by visiting his website: http://www.henrygross.com/

Photo of Henry Gross courtesy of the artist

0 comments on “Henry Gross: “I was drinking all morning with…Jimi Hendrix””