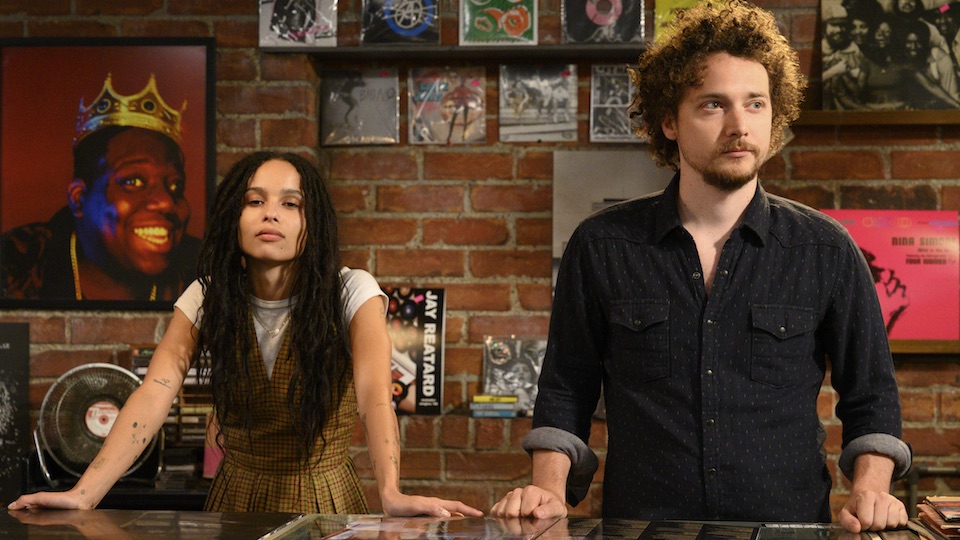 Fans of Nick Hornby’s 1995 novel and the 2000 John Cusack film adaptation, High Fidelity, might question the need for yet another reboot. But to them I would say: keep your mind and your ears open. The new 10-episode TV adaptation starring Zoë Kravitz and currently streaming on Hulu doesn’t come off as a stale retread but rather breaks new ground and feels like a natural extension for a new generation. To put it in terms obsessed music nerds and fans of the franchise might appreciate: It’s like when they recently re-released the Beatles White album but it didn’t suck.

Producer and series co-creator Veronica West (Ugly Betty) told Hollywood Reporter she and co-creator Sarah Kucserka wanted a show that shared some of the book’s and movie’s DNA but wanted to make it something that “stood on its own.” And while there are obvious similarities between the series and those other properties—Zoë Kravitz plays a record store owner prone to rejection with a fear of commitment—there are also intriguing differences. The main character is still called “Rob,” but she is no longer a “he” (“Rob” is short for “Robyn”): she’s a bisexual, biracial woman. “Barry,” the co-worker in Rob’s shop that Jack Black played with scene-stealing bravura in the movie version, also gets a gender swap: actress-singer Da’Vine Joy Randolph more than fills Black’s shoes as “Barry” stand-in Cherise. The third Championship Vinyl employee, Simon, is not nearly as meek as Dick was in the movie and the book; in this new series, he used to date Rob before coming out as gay.

Just as the movie changed Hornby’s London to Cusack’s hometown of Chicago, the Hulu series switches locales to Crown Heights, Brooklyn. This makes sense not only because Zoë Kravitz calls Brooklyn home in real life, but also because it provides the perfect setting to comment on issues beyond music, like diversity and gentrification. In an early episode, Rob chides Simon for buying $8 coffee in the high-end shop in the neighborhood that plays “who is this Mumford and Sons?” little knowing he’s just there to stalk the male barista he has a crush on.

Just as the movie contained all sorts of easter eggs and hipster catnip, they abound in the Hulu series, too. Given that the latter is set on the East Coast it makes sense that both a sticker and compilation from NJ-based radio station, WFMU, find their way into the Crown Heights version of Championship Vinyl. Producer-musician Jack Antonoff (Bleachers, Fun, Taylor Swift)—in a cameo as the guy behind the boards for love interest Liam’s recording session at Electric Ladyland—brings back food from local Middle-Eastern eatery, Mamouns. Ok, admittedly, these are personal easter eggs: I’ve eaten at Mamouns while listening to WFMU and wearing the same vintage Beastie Boys T-shirt Zoë Kravitz wears in Episode 1. Personal affinities aside, the series also features a few insider references and throwbacks, like the cameo from music legend Debbie Harry acting as Rob’s spiritual guide (fans of the movie will remember Bruce Springsteen acting as Cusack Rob’s guide). And Zoë herself is an easter egg, given that her mom, Lisa Bonet, played the Liam character in the 2000 film.

A key feature of the book and movie was not only the tendency to frame everything in terms of “Top Fives” but also the willingness to tackle weighty issues through the prism of music. In the series, they jump into the fray discussing two controversial artists—Michael Jackson and Kanye West. The disagreement, which begins when Cherise tells Rob she shouldn’t sell Jackson’s Off The Wall to a customer, becomes a full-on argument, with Simon and others positing: “What if the only artists we were allowed to listen to were inarguably nice people with unassailably perfect ethics? We’d have to destroy every record except for … Bono, Phil Collins, Michael Stipe, Sufjan Stevens.” Indeed.

Early in the book and movie, Rob poses the following chicken-egg conundrum: “What came first the music or the misery? Did I listen to music because I was miserable? Or was I miserable because I listened to music.” Though Zoë’s Rob never utters those iconic lines, the sentiment is still the beating heart of the series. Stevie Wonder’s “I Believe (When I Fall in Love It Will Be Forever),” from his watershed 1972 LP, Talking Book, finds its way into the mix, playing an even bigger role than it did in the Cusack vehicle, and executive producer and music supervisor Questlove reportedly worked closely with Zoë Kravitz to define her character’s unique musical identity. As a result, a couple of soulful deep cuts—Prince’s “So Blue,” off his 1979 self-titled debut, and Darondo’s “I’m Lonely”—help etch the contours of 2020 Rob’s aching heart.

There are plenty of other examples throughout the series where songs not only punctuate longing (re Simon adding The Replacement’s “Skyway” to a mixtape for his barista crush in Episode 6) but also tease out character-defining moments (re Simon’s impassioned case for why Sylvester’s “You Make Me Feel (Mighty Real)” is more than just a disco song in Episode 7).

Ultimately, though, the series proves that lovelorn music fans of all stripes still quest for the perfect playlist to underscore their pleasure and their pain.