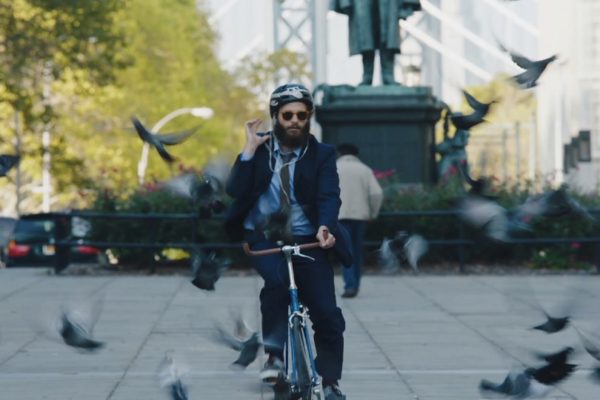 High Maintenance, the acclaimed HBO anthology series centered around a drug dealer and the disparate people who buy his product, isn’t the first web sensation to make the leap from your laptop to your small screen. Broad City, Drunk History, and Children’s Hospital had done that already. But all those previous crossover hits had one big thing in common — from the conceptually inventive Secret Girlfriend to the character-based Web Therapy — they were all broad comedies that bowled you over with big laughs and over-the-top personalities. The model was clearly to find oversized, young comedy talent online and then see if they picked up more fans with some Comedy Central or Adult Swim heft behind them.

Most of these shows are great, but they don’t exactly prize understatement. That’s what made High Maintenance’s smooth transition to HBO such a welcome surprise. Then again, mold-breaking has always been a part of this quirky sitcom’s DNA. Starting out as avant-garde webisodes with non-linear storytelling (by the husband-and-wife team of Katja Blichfeld and Ben Sinclair), this show has always zigged where others shows zagged. And to their credit, from the get-go, the creators somehow avoided the muck of artificial artiness despite their shared aspirations.

Protagonist? Who needs a protagonist?! Instead, High Maintenance revolves around a nameless, big-city drug dealer who acts more as a conduit to people’s lives than he does as a lead character. Big laughs? Sure they’re there, but mixed into a more modulated work for viewers with a taste for the unconventional. Fans of the original series were a self-designated club, a small set who had discovered something magical and didn’t want to share it with the larger world. Many were hesitant to embrace HBO’s cable version in September, but thankfully their fears were quickly put to rest. While the show definitely has a higher production value, and more room to tell longer, and by extension, more complex stories, this is still the same inventive piece of filmmaking that debuted on Vimeo back in 2012.

What High Maintenance has solidified is the notion that the web has become a breeding ground for all sorts of interesting content. It also happens to feature one of the most diverse guest casts on television. This is a show that isn’t afraid to tell stories from the perspective of a disaffected Muslim, an aging Chinese immigrant, or even a plucky dog with a new lease on life. Suffice it to say, there was nothing like High Maintenance on the web when it debuted, and there’s nothing quite like it on the airwaves today either: an omnibus that takes its fractured storytelling style to explore the human condition with nearly no recurring roles. If HBO is looking for their next hit online, just imagine how many young creatives out there are coming up with new ideas for their own new web series that defy our rejiggered expectations. With or without a bong.

0 comments on ““High Maintenance”: Web Series Lights It Up on HBO”