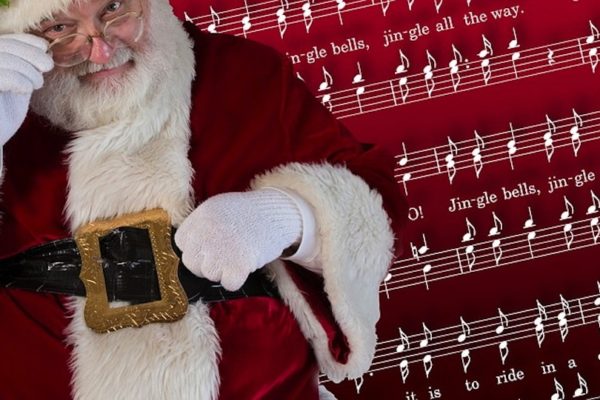 Remember record stores? One of my favorite memories of these sadly gone palaces was flipping through bins of Christmas music this time of year. Before Pandora, Spotify, and all the other algorithm-generated playlists, we had to discover new releases by simply stumbling on an album in a record store. Wow—NRBQ has a Christmas album?! And Al Green covering “Jingle Bells?” A Wilson Sisters holiday album?! Hmm, you never know. You just had to buy these records and check them out. Many times you’d be disappointed, but sometimes you’d strike gold.

The tradition of new Christmas releases is still here, of course, and each year brings scores of new holiday CDs and digital options—classic holiday songs covered by this year’s pop model, hastily put-together thematic compilation CDs, and, every once in a while, a gem of a new holiday composition.

I’ve been collecting Christmas music since the ‘70s and am always searching for great music, be it new recordings or holiday chestnuts, or reissues of older material. Back in the record store days I would often eavesdrop on other people browsing the holiday bins, and would be surprised at how often shoppers revert to the same old, same old. I’d restrain myself from saying—“NO, don’t buy that, it’s Harry Connick’s fourth Christmas album?! Try the Harry the Hipster Christmas CD instead!”

But while ALL holiday music is now available with a click, you still have to choose. And where to start? The holiday playlists from Pandora and Sirius/XM are perfectly fine, but if you want to be a little more adventurous, read on. Below are three playlists with about 20 songs each; plus some suggestions for further digging.

Let’s start with the chestnuts……

The Nat King Cole/Bing Crosby Playlist (without Nat or Bing)

This playlist should work in any occasion—from multi-generational family get togethers, to office parties. The tracks stretch from the ‘40s to recent years. The songs are familiar, but many of the suggestions are less well-known renderings of the classics.

3. “Jingle Bells,” by The Swingle Singers, OR by Fats Domino, from a fun late career holiday collection

4. “Santa Baby,” by Mae West, OR a recent version by Robert Walter and his Bumpin Beats

5. “What Are You Doing New Year’s Eve,” by The Orioles (Christmas music was made for doo-wop and this one is a classic)

7. “Papa Ain’t No Santa Claus (And Mama Ain’t No Christmas Tree),” by Butterbeans and Susie

9. “I Believe,” by The Edwin Hawkins Singers

10. “Sleigh Ride,” by Ella Fitzgerald (there’s also a funky remixed version, which is pretty cool, although producer Norman Granz is probably turning in his grave)

12. “I Saw Mommy Kissing Santa Claus,” by Paul Anka, OR by Tiny Tim, a rendition that is actually pretty straightforward

13. “Everybody’s Waiting For the Man with the Bag,” by Kay Starr

17. “Have Yourself a Merry Little Christmas,” by Margaret Whiting

20. “Rudolph the Red-Nosed Reindeer,” by Arthur Lyman, the great vibes player known for his faux-Polynesian music that was referred to as exotica

The Ultimate Baby-Boomer Holiday Playlist (including tracks from the ‘60s, ‘70s and beyond)

Three definitive holiday albums from this era were released within a few years of each other, and you could do a lot worse than putting just these three records in your holiday rotation.

But of course you’ve heard these albums, so now, here are versions of the classics you might be less familiar with:

2. “I Saw Mommy Kissing Santa Claus,” by Dion, OR by John Prine

6. “What Are You Doing New Year’s Eve,” by The Persuasions OR by The Carpenters (even if you’re cynical about the milquetoast sound of the Carpenters, their sound was made for Christmas)

8. “The Christmas Song,” by The Blind Boys of Alabama with Shelby Lynne, OR a guilty pleasure version by Colbie Caillat & Justin Young

10. “Donde Esta Santa Claus,” by Augie Rios, OR a newer rendition by a cappella group Straight No Chaser

11. “I Never Spend a Christmas That I Don’t Think of You,” by The Statler Brothers

15. “I Saw Mommy Kissing Santa Claus,” by Amy Winehouse, OR by The Rubber Band (whose holiday record is made up entirely of Christmas songs done in the style of Beatles songs and, somehow, it works)

16. “Merry Christmas Baby,” by Southern Culture on the Skids

18. “Rockin’ Around the Christmas Tree,” by Mary J. Blige & Sheryl Crow (from the A Very Special Christmas CD series, all of which are worth listening to)

It’s easy to make a 12-track CD of holiday chestnuts, and the great majority of new Christmas releases are just that. But it takes guts to write a brand new holiday song, and many of these attempts fall flat. But here’s a list of new compositions from the last couple of decades that not only stand up among the classics, but also give us fresh points of view on the holidays.

2. “Elf’s Lament,” by Barenaked Ladies (Talk about a new point of view: “Toiling through the ages making toys on garnished wages…I make toys but I’ve got aspirations.”  Wow.)

3. “Christmas at the Airport,” by Nick Lowe (many other fun originals on this recent release)

4. “Can I Interest You in Hanukkah” performed by Steven Colbert and Jon Stewart as part of Colbert’s 2008 faux-Christmas TV special (The song was written by David Javerbaum and Adam Schlesinger, the latter from Fountains of Wayne remembered for “Stacy’s Mom.”)

5. “Christmas Wish,” by NRBQ (like “Christmas Wrapping,” this one is fast becoming a modern classic)

6. “Hey Santa!,” by Carnie & Wendy Wilson (in which they channel dad Brian)

8. “Christmas at the Zoo,” by The Flaming Lips

9. “The Christmas Guest,” by Buck White & The Skaggs Family (a modern day “A Christmas Carol”)

10. “Harmonica For Hannukah,” by Ella Jenkins

11. “Last Christmas,” by George Michael (You can turn your nose up to the former Wham singer, but this song is a heartbreaking love song, disguised as a holiday song. If you’re absolutely allergic to George Michael, try the cool version by Dexter Freebish, the indie rock band from Austin known mostly for supplying music to video games, including the popular Sims series.)

12. “Christmas Wrapping,” by The Waitresses (This one has already become a modern standard, with covers by everyone from Kylie Minogue to the cast of Glee! The song was first released in 1982 as part of the way-cool ZE Christmas Album, a collection featuring artists from the indie ZE Records. Just as good as “Christmas Wrapping” is “It’s a Big Country,” by Davitt Sigerson, who went on to become chairman of Island Records.)

13. “Where Do We Go for Christmas,” by Frank Pellegrino, from the CD Christmas At Rao’s, celebrating the famed NYC Italian restaurant (The album is mostly classics—Mel Torme, Andy Williams, etc.—but also includes this great original.)