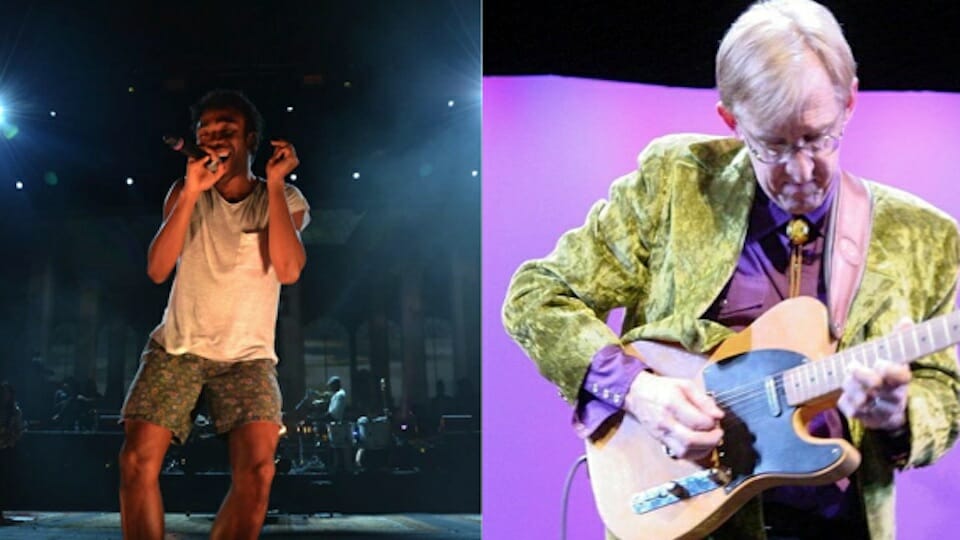 If you were making a musical time capsule for the year 2016, you’d want to be comprehensive, right? And that might involve breaking some rules (like keeping your list narrowed down to 10). So be it. And so we present our picks for the best of 2016, which span from R&B to art-pop, and from Americana to funk. Sure, there are always additional, worthy sounds that might’ve been included — should we have done a top 20? — but regardless, we feel that you’d still do well to start your journey back over the last twelve months with this baker’s dozen of top-shelf albums.

Kirchen was once the Telecaster blaster behind country-rocking boogie stoners Commander Cody & His Lost Planet Airmen, but has been a lone-wolf guitar hero for decades. Austin de Lone invented pub-rock with rootsy ‘70s outfit Eggs Over Easy and has tickled the ivories for Nick Lowe and others. Together they make some of the most organic, soulful Americana sounds around.

One of the year’s biggest surprises finds Donald Glover a.k.a. Childish Gambino abandoning the hip-hop approach of his previous two albums in favor of something entirely different. With its collision of funk, psychedelia, soul, and outright strangeness, “Awaken” is basically the best album P-Funk never made.

3. Chris Forsyth & The Solar Motel Band’s The Rarity of Experience

Forsyth had already established himself as one of the most gifted guitar stylists in the indie-rock realm, almost single-handedly making rock instrumentals seem like a viable genre again. His latest album adds some vocals to the mix, but thankfully they don’t overpower his mighty axe, as influences from psychedelia to prog and post-punk ping back and forth through his multi-hued flights of  fretboard fancy.

4. Cleaners From Venus’ The Last Boy in the Locarno

Martin Newell has been delivering cunningly composed British pop with a pronounced ‘60s influence since the ‘80s, whether under his own name, in the Brotherhood of Lizards, or most often as Cleaners From Venus. He’s remained astonishingly consistent and prolific ever since, and his latest homemade gem is no exception.

5. David Bromberg’s The Blues, The Whole Blues and Nothing But the Blues

Bromberg was a master of Americana decades before they had a name for it, equally skilled at folk, country, bluegrass, rock, you name it. But his blues credentials have always been considerable, and with a big, swinging band behind him, he makes that point clear in no uncertain terms.

6.  Dots Will Echo’s More Music From the Little Yellow Garage

When it comes to the current crop of vintage soul acolytes, Reed is one of the most impassioned. And while his previous outings might have been overshadowed by the denizens of the Daptone roster, Reed’s latest is his strongest so far, standing shoulder to shoulder with the highly esteemed output of Charles Bradley, et al.

British brothers David and Peter Brewis occupy a self-styled universe in which XTC, Utopia, and10cc never fell from favor and crafty art-pop tunes full of tricky time signatures and surprising twists and turns are fodder for the masses. In that universe, they reign supreme, but they don’t come off too shabby in this one either.

9. The Lemon Twigs’ Do Hollywood

In which two young brothers from Long Island, one not yet out of his teens, create a quirky, dazzling art-pop masterpiece. Playing everything themselves, Brian and Michael D’Addario construct a complex musical edifice informed by Third-era Big Star, early Todd Rundgren, Harry Nilsson’s baroque-pop period, et al.

The country queen basically defies the laws of the physical universe on her first album in a decade. At this point, the 84-year-old honky-tonk deity simply should not be able to sing as well as she does. On newly recorded versions of tunes from all across her career, she can still blow just about any other country singer, young or old, male or female, straight out of the water.

It’s an itch you might not have realized required scratching. But once you hear this Nashville band’s brand of slightly stoned roots rock, coming off like a pickin’ party between early ‘70s Grateful Dead, Michael Hurley, The Holy Modal Rounders, and The New Riders of the Purple Sage, you’ll know it’s what you’ve been waiting for.

Having achieved a level of harmonic sophistication greater than just about any other nominally mainstream singer/songwriter, Simon strips it all away here. Many of the tracks contain little more than vocals and percussion, with other instruments used sparingly for coloration as needed. But when you’re a master songsmith like Simon, you can make just about any type of toolkit sing.

13. Waco Brothers’ Going Down in History

They go lighter on the cowpunk these days than they did in their early years, but this Chicago gang fronted by Dean Schlabowske and Mekons singer Jon Langford packs as much punch as ever. Their proletariat-boosting brand of roaring roots rock, shot through with punk power at crucial moments, is just what America needs right now.