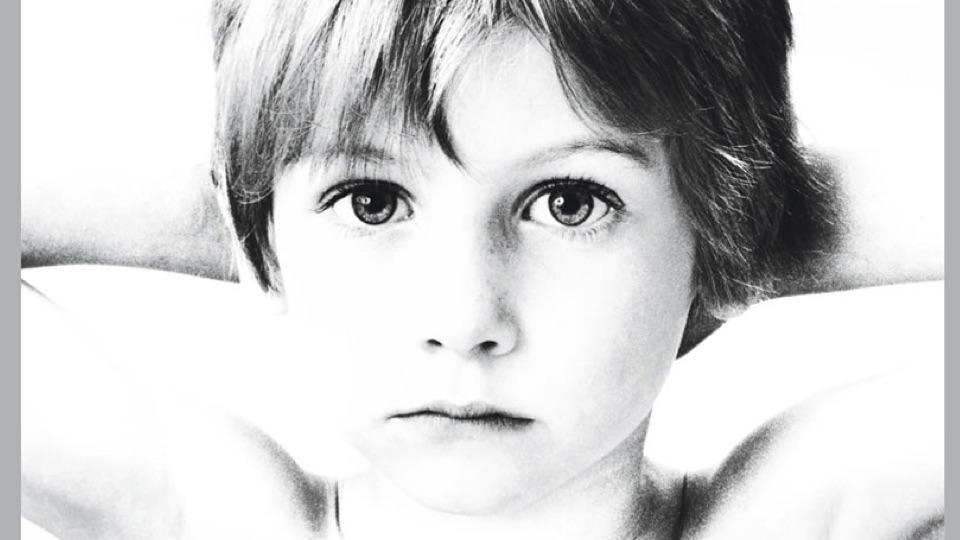 In my sophomore year of college, a group of us were sitting on the floor of my dorm room listening to a new album from an Irish post-punk band called U2.

“It was one dull morning

Woke the world with bawling

It was so bad

I was of a feeling it was out of control

I had the opinion it was out of control.”

As we were flipping the record over, my boyfriend turned to me and said, “I am feeling all the same things these guys are feeling, but they somehow found a way to really express it when I can’t.”

That was the magic of Boy, the debut album from U2 released in 1980. An American tour followed with the now legendary stop at Boston’s Paradise rock club on December 13, 1980. The album and the club gig still sound remarkably fresh, despite the passage of time, record albums, and dorm-room listening parties.

As a college student, Boy spoke to me and many others standing at the threshold of adulthood. Forty years later, the confusion, arrogance, and uncertainty still speak to a generation hoping simultaneously for great success and a place to hide.

U2 fans who discovered the band later in the era of Achtung Baby, Pop, or even The Joshua Tree will be surprised to find a stripped-down sound, plaintive urgency, and personal musings instead of soaring political anthems and gigantic video screens.

“Boy, more than any other U2 album is very much a product of its time,” wrote Zane Ewton on the music website Antimusic. “Three-chord punk thrashed by kids who did not know how to play their instruments led to cold scrawled guitar leads and introspective lyrics. ”

Drummer Larry Mullen, Jr. puts his marching band experience to work pounding out a relentless — almost military — beat with Adam Clayton’s bass thundering alongside it. Guitarist The Edge (Dave Evans)’s distinctive guitar riffs are inspired by his then-infatuation with Tom Verlaine and The Clash. And then there’s Bono.

The band’s formidable lead singer was just 20 years old when Boy was released. That’s seven years away from Live Aid and a good 25 years away from The Fly, Davos, and hanging out with US presidents. Here Bono is a charismatic but pensive kid who just came to play. His engaging combination of pride and pathos was the same as twentysomethings all over the world. Even on this debut album, his voice rises above the music and into the hearts (pun intended) of fans worldwide.

Related: “U2 at Live Aid: Breaking Down Barriers”

The album captured the attention of peers and fellow travelers, but in 1980 there was only a hint that their live shows would become the tour de force spectacles they are now. Remember this was 1980, and the music of the moment was all about raw guitars and angsty lyrics. On that front, U2 delivered, but even the band admits its musical chops left a bit to be desired in those very early days. But even though the music was rough around the edges, people who saw the band could tell they were witnessing the beginning of something that could turn out to be a great deal more.

On December 13, 1980, the band made its now-historic stop at The Paradise, a small but iconic music venue near Boston University with a reputation for hosting punk and New Wave bands on the way up. Earlier that year, the club played host to Chrissie Hynde and the Pretenders, the Psychedelic Furs, Madness, and Prince. However, U2 weren’t the headliners yet. They were the opening act for a Detroit group called Barooga Bandit. (This late, lamented group at least has the honor of saying that once upon a time, U2 opened for them.)

In 2009, The Boston Globe recalled that night which marked the beginning of U2’s subsequent love affair with the city — and the city’s continuing love affair with U2. “That night at the Paradise has become the rock ‘n’ roll equivalent of Game 6 of the 1975 World Series,” wrote columnist Kevin Cullen. “The same 2 million people who claim they saw Carlton Fisk’s walk-off home run clang off the foul pole in left claim they were at U2’s first gig at the Paradise.”

Related: “The Rock of the Irish”

For the 150 people who actually were in the club that night, the band was impressive enough to make a lasting impression. Boston DJ Carter Alan remembers there were about 150 people in the audience when the band went on. After their set (and an encore), they left the stage, and most of the audience went home, too. While U2 may have begun building its US fan base that night, it took Globe music critic Steve Morse a few more years to jump on the bandwagon.

“Bono always said they were a lousy club band, and I agreed,” Morse recalled in a Globe interview. “When they hit the Orpheum (in 1983), with Bono climbing up the balcony and waving a flag, they hit their stride.”

But all of that showmanship was years off. Boy’s release coincided with the beginning of what the Austin Chronicle correctly called “the darkness of the Reagan years. It was a time when music was still capable of saving your life if you just closed your eyes and clicked your heels together.” The best music comes from those musicians and songwriters who take you with them on their journey of hopes, dreams, and lived experience. With Boy, U2 invited listeners to join them on what would become a forty-year quest to make sense of an increasingly complicated world.