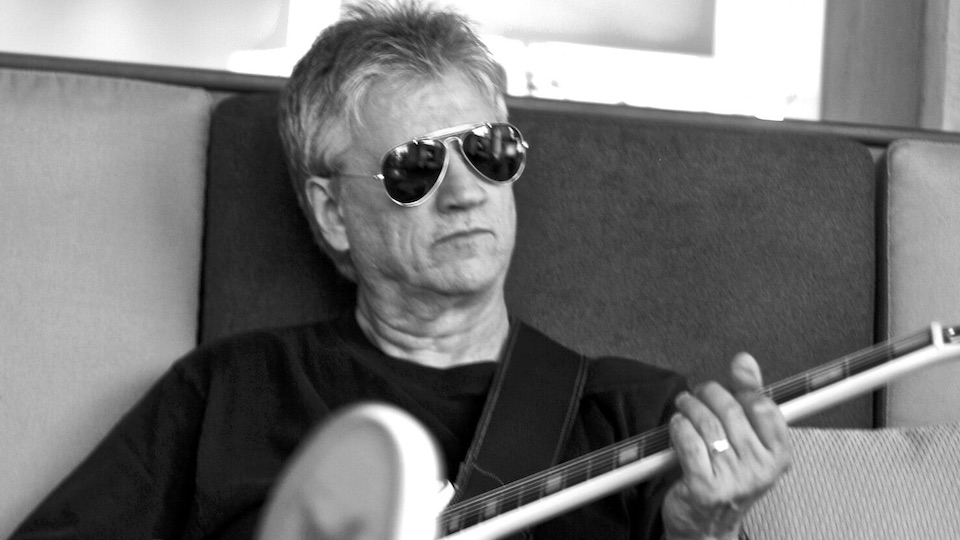 Richie Furay is a name that is — or should be — familiar to anyone who loves the genre of Country Rock. If you’re a fan of the Eagles, CSN&Y, America, most any Southern Rock band, you can thank (in large part) this brilliant singer/songwriter.

Furay is a contemporary of artists including Don Henley, Neil Young, Randy Meisner, Glenn Frey, and Jim Messina, yet his name is not quite as well-known (at least, in the commercial sense) as those. However, Furay’s impact upon that defining segment of late 60s/early 70s era music is absolutely essential.

In fact, if not for Richie Furay, many of the greatest hits of that era may not have happened.

At an Eagles show in Denver, the late Glenn Frey took a moment to point to Furay in the audience and say from the stage, “If it wasn’t for you, we wouldn’t be here.”

Furay’s musical odyssey began with a band led by Stephen Stills. These two musicians collided in California at just the right time. Furay originally came from OH, Stills from TX. When they met, the genesis of something new was ignited.

After their (short-lived) time in the Au Go Go Singers, Stills and Furay moved onto another idea: the Buffalo Springfield. Neil Young joined this oft-changing lineup, long enough to record the timeless “For What It’s Worth.” Furay’s crystal-clear harmonies soar along to Stills as they sing, “Paranoia strikes deep/into your life it will creep….”

Buffalo Springfield was plagued by a combination of young egos and old businessmen pressuring them for the Next Big Thing. Not to mention a few random arrests (hey, it was the 60s and it was the Sunset Strip) and way too many changes in the lineup. They imploded after just three albums.

Furay was then onto forming Poco with Jim Messina, George Grantham, Randy Meisner, and Rusty Young. According to Furay, they were determined to not repeat the mistakes of Buffalo Springfield. It would be a purer form of the “country rock” ethos established by Buffalo Springfield, minus the drama. At least, that was the plan, one which would not come to pass.

Furay was living in Laurel Canyon, hanging with the likes of Eric Clapton and more. Glenn Frey sat cross-legged in Furay’s tiny apartment as Poco rehearsed, and soaked in the harmonies that would soon show up on classic Eagles songs.

Poco was together for six years, which generated a (still) passionate fan base and a fair number of almost-hits including “A Good Feelin’ to Know.”

Later, there was another project, the Souther-Hillman-Furay Band. In a recent interview with CultureSonar, Furay recalls, “I went to [label head] David Geffen when I decided that Poco’s never gonna make it. We’ve been together six years and the Eagles are out for one day and they already have a hit. David says that Chris Hillman [of the Byrds] is looking for something to do, and there’s this songwriter J.D. Souther, and we’ll just get you together and create another Crosby, Stills, and Nash…Well, it doesn’t work like that…we were something put together on paper.” This planned “supergroup” ended after two albums.

The vagaries of chart success are intangible, especially in this case. Equally-talented singer/songwriters, equally good songs….what was the difference? The frustration of seeing his songs outpaced by others became overwhelming. After several years in the L.A. trenches, Furay checked out. He headed to Boulder, CO for a quieter life where he could rebuild his family after the excesses of the “scene.”

“I wanted to see my name in lights like Stephen [Stills], and Neil [Young]…then it all broke down to family…I wasn’t around as much as I could be or should be…It came down to, ‘What do you want in life? Do you want your family or your name in lights?”

Despite his decision to step away from the limelight, Furay’s influence on ’70s popular music can’t be denied.

Artists as diverse as country mega-star George Strait and late funk king Rick James (who played in a band, the Mynah Birds, with Neil Young) attribute Furay’s style as an influence. Timothy B. Schmidt of the Eagles has publicly stated that he would never have had a career without Furay. Dewey Bunnell of America has echoed something similar. Other artists lauding him include Roger McGuinn of the Byrds, Henry Paul of the Outlaws and film director (Almost Famous) Cameron Crowe.

After going solo in the ‘70s, Furay was frequently deemed “too rock for country/too country for rock.” After opting for a more spiritual path, he dipped into the Contemporary Christian market. However, he was then considered, “too rock for Christian/not Christian enough” for that format. Twice in one career, he was just outside of that sweet spot of commercial success. Furay has long since made his peace with the uncontrollable forces that rule the radio market, happy with his life in CO, with his family, and still making music when he feels like it.

Yet, Richie Furay (now a member of the Rock and Roll Hall of Fame and subject of an upcoming documentary) remains an originator of a truly unique music genre, that of “country rock.” It was built around his love of Gene Vincent and Carl Perkins, as well as country rebels like Merle Haggard and Buck Owens. It was organic. What he helped create pushed the realms of both pop and country in a completely new direction.

If not for him, would groups like Buffalo Springfield, Poco, the Eagles and more have sprung (fully) into life? Would a host of current country artists, like Keith Urban (who echo many of his influences), have taken hold?

He’s not flashy, he demands no accolades…but if not for Richie Furay, we may have missed out on an entire category of important 70s-era music. Knowing that he’s around and still doing shows is “a good feeling to know.”