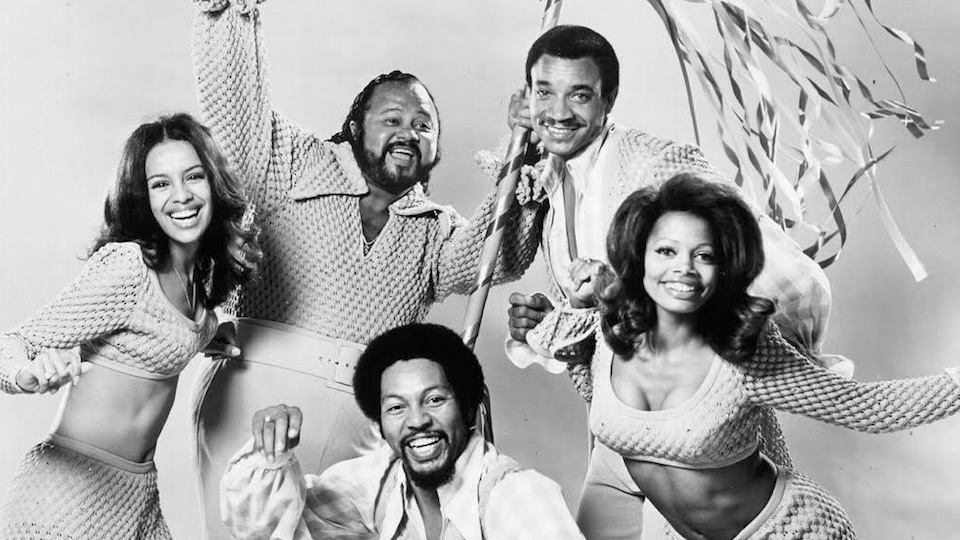 LaMonte McLemore, the dapper founder and mellow bass of Grammy-winning vocal group, The 5th Dimension, is celebrating the 50th anniversary of the quintet’s apex at the top of the Pop charts. At Number 1 for six straight weeks in the spring of 1969, their uplifting medley from Broadway’s Hair, “Aquarius/Let the Sunshine In” became an anthem for an era.  A few years ago McLemore wrote a memoir about his global adventures with The 5th Dimension, titled From Hobo Flats to The 5th Dimension.  CultureSonar chatted with “Mac” for this big milestone.

McLemore: It really seems like yesterday that we recorded “Aquarius/Let the Sunshine In”…we were appearing in Las Vegas with Frank Sinatra, and recorded the vocals there in our limited spare time. The wonderful “Wrecking Crew” cut the instrumentals for us, beforehand, in Los Angeles.

A: You’re right. “Today” is the operative word…the medley or mash-up is just as important now than then. We still need “harmony and understanding”…and to “let the sun shine,” always. When the original members of The 5th  Dimension went to see the hottest ticket on Broadway at the time, Hair, we were adamant that we wanted to record “Aquarius.” We all—Marilyn McCoo, Billy Davis, Jr., Florence LaRue, the late Ron Townson and myself—were shouting for joy at intermission.

Q: And it was your producer, Bones Howe, who placed the “Let the Sunshine” part of “The Flesh Failures,” also from Hair, with it…

A: So it would have some oomph, some extra lift. Bones was a genius…

Q: He encouraged Billy’s improvisation on “Sunshine,” where he implored the listener to “sing along with The 5th Dimension.”

A: People always remember that line! The medley won us 2 Grammy Awards plus one for Mr. Bones as producer.

A: Yes, like how it got to us. Billy lost his wallet in a New York City cab. The man who found it returned it all—money and credit cards—to Billy. We were performing at the Royal Box at the Americana Hotel at the time. So we invited this good Samaritan to our 5th  Dimension show…and in turn, he invited us to his show. It was Hair, and he was the producer! The ticket was so sought-after, we all had to be seated separately. It was a blessing…

Q: Today, you travel the world with your photographic assignments, something you are also famous for. And you write a lot of new songs, too.

A: I may have retired from The 5th  Dimension…but I am not tired! One of my tunes, “Cease Fire,” a call for global peace, recently as the saying goes, “went viral.” It has a related feel, perhaps a continuance to the peace-loving theme of “Aquarius/Let the Sunshine In.”

A: We’re forever! The popularity of my memoir, From Hobo Flats to The 5th Dimension, alone shows there are countless worldwide fans that never forgot our “Champagne Soul” hits and uplifting image. I’m also proud to note that original member Florence LaRue still tours to sold-out crowds with the current version of The 5th Dimension. And the married couple of Marilyn McCoo and Billy Davis, Jr. will celebrate their 50th wedding anniversary in July, they still tour—as a duo—to acclaim, too!

A: That’s correct, besides getting “Aquarius/Sunshine” from Hair there was our signature tune, “Up-Up and Away.” Written by our friend Jimmy Webb, it had a Broadway-style air. We helped introduce the world to singer-songwriter Laura Nyro, covering lots of her songs. For her “Wedding Bell Blues “–which was also a Number 1 for us–we enacted a skit with all of us dressed in wedding attire, Billy comically trying to “escape” from over-zealous “bride-to-be” Marilyn, who sung the lead. It had a theatrical bent as was performed on the iconic Ed Sullivan TV show.

Q: Could you see your life and music on Broadway?

A: I loved the Temptations musical (Ain’t Too Proud) when I saw it, pre-Broadway and want to take this opportunity to congratulate my friend, original group member Otis Williams for its current Broadway success. And yes, in answer to your question, each surviving member of the original 5th Dimension sees our story in their own unique way. I think as the quintet’s founder and someone known as a visionary, I have my own, well, let’s say “special” vision for a biographical musical. I started with nothing, sleeping in a dresser drawer as a baby. I wound up on stages performing with Sinatra, and before royalty. We had our own network TV specials, we became Vegas headliners, even did a stint on Broadway at the Uris Theater. The 5th Dimension was clean-cut and wholesome, but beneath the smiles, we had many trails to blaze.

Q: In other words Mac, your elegant “Stoned Soul Picnic” with The 5th Dimension was gracefully subversive.

Photo of The Fifth Dimension courtesy of the author

3 comments on “The Fifth Dimension: The Age of Aquarius At 50”