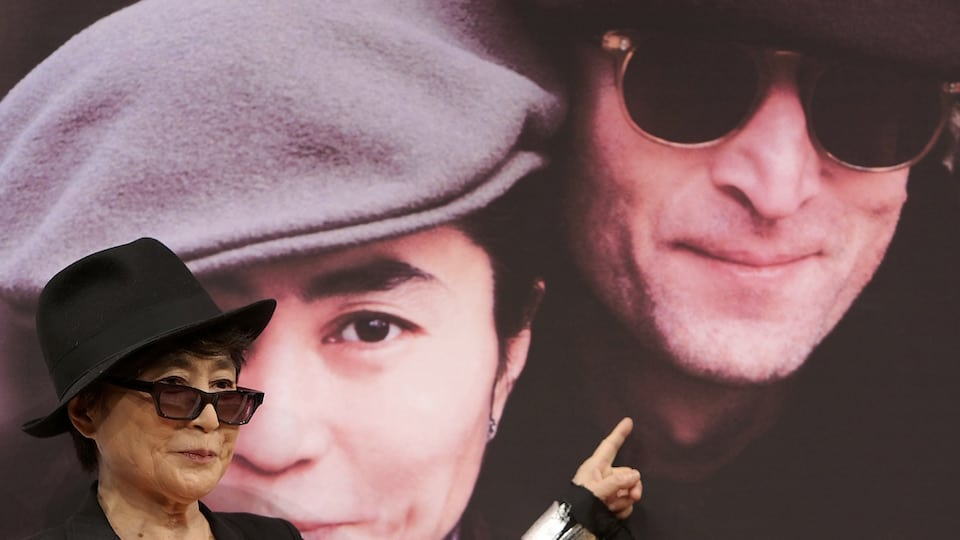 Just in time for what would have been John Lennon’s 78th birthday on Oct. 9, an impressive new reissue of his landmark 1971 album Imagine was released as part of a six-disc Ultimate Collection box set alongside a multiplatform release of the remastered version of Lennon’s and Yoko Ono’s impressionistic film of the same title, itself inspired by the now-iconic Imagine LP. The movie has long been eclipsed by the album in terms of fame but it’s actually much more than a historical footnote. (Hardcore fans take note: This art-house film is also having a limited run at theaters around the country.)

Imagine, the film — not to be confused with the 1988 documentary Imagine: John Lennon — brilliantly features a different visual treatment for every song on the album, along with several by Ono from her sophomore LP Fly. In this strange mix of cinema verite and plain fanciful footage, the personalities of Lennon and Ono are brought to life, as we see them playfully chase each other around the misty grounds of the estate at England’s Tittenhurst Park; challenge each other to very loose versions of chess and billiards; and pass whispered messages back and forth like a pair of naughty children. And they’re not alone for this experience either. Celebrities such as Andy Warhol, Jack Palance, Phil Spector, Fred Astaire, Jonas Mekas, and fellow former Beatle George Harrison also show up from time to time.

Throughout, viewers are offered an intimate look inside both the ordinary as well as the extraordinary life of Lennon, a place where reality meets dreamscape, morning bathroom routines butt up against regal horn entrances, and love abounds in endless measure. To watch Imagine is to see the world through the eyes of someone who wished for a better, brighter future for everyone. It’s a disorienting, enchanting, and beautiful viewing experience that sifts the album’s songs through the visual imaginations of two remarkable artists who invite us to walk, dance, run and rest right alongside them.

It’s worth remembering too that when Lennon was making the Imagine album, he had a lot to prove. Eager to shake off his Beatles persona, he saw Imagine as a way to carve out his own unique identity and legacy. The resulting collage of sound and image we get from the film allows us to bear witness to him coming to terms with his past and looking towards a loving future with Yoko. And in one fell swoop, Lennon had given us an album and a movie that would capture the spirit of the era, and his own creative restlessness. As experiments go, you have to admire it.

But ultimately, Lennon’s primary form of artistic expression would always be music and that’s true even here. Since its release, Imagine, the album, has solidified Lennon’s place as one of the great musicians of our time. Its title song has earned the number three spot on Rolling Stone’s list of the 500 Greatest Songs. Indeed, that eponymous track has become the theme song for peace and unity; its lasting impact on art, culture, and politics is unequivocal. And so while there’s something exciting, to be sure, about watching the 15 minutes of bonus video that show Lennon and band-mates George Harrison, pianist Nicky Hopkins (Rolling Stones), Alan White (Yes), and bassist Klaus Voormann playing “How Do You Sleep?” and “Oh My Love,” listening to Imagine will always remain the primary way to experience it.

And there’s a lot to listen to, too. Separate from the re-mastered version of the Imagine film (which has been re-released with another Ono-Lennon film Gimme Some Truth in DVD, Blu-ray, and digital platforms), the new six-disc box set (four CDs, two Blu-rays) contains a total of 140 tracks: high-resolution mixes in stereo, four-channel, and 5.1 surround versions on the Blu-rays. That means plenty of outtakes, original album mixes, and new remixes, plus a 120-page book. And if anyone deserves this kind of extravagant treatment, surely it’s Lennon.

0 comments on “Imagine Remastered: Something to See and Hear”