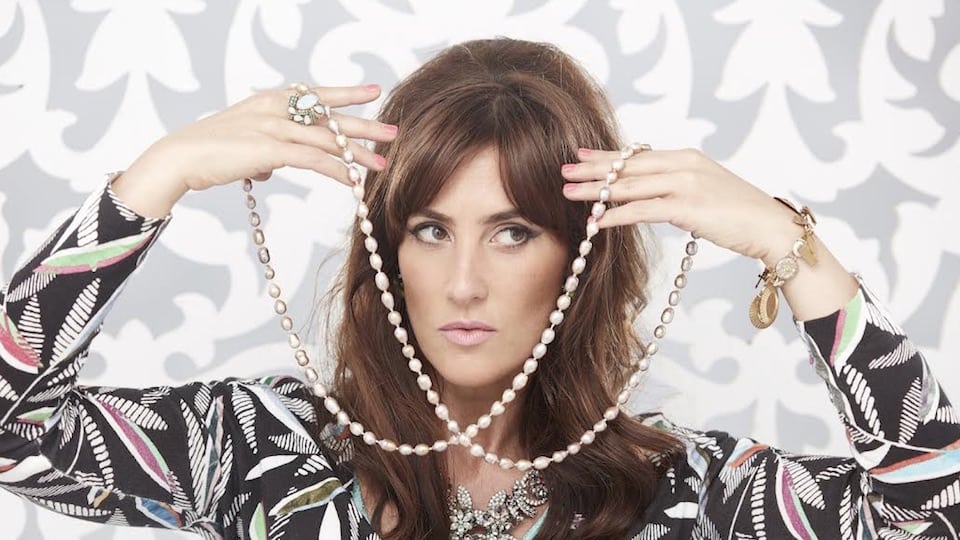 If you were putting together a band, which instruments would you need? Guitar, bass, drums? Maybe a keyboard? Some brass? How about a harp? Hadn’t thought of it? Well, maybe you should. Because singer-songwriter-harpist Lucinda Belle has and her incorporation of this oft-overlooked instrument delivers all kinds of unexpected sonic pleasures for your ears. Suddenly that keyboard doesn’t feel quite so necessary. Check out our interview with Belle below. Then good luck finding a harpist who can sing like this for your own band.

Q: Your sound sometimes harkens back to the lushly romantic songs of girl groups during Motown’s Golden Age. Do you have a favorite singer from that period?

A: Yes, I have many. A few years back I was playing the role of Dixie Darling in Punch Drunk’s The Drowned Man and every night for a year on repeat I heard the Shangri-las; it’s fair to say I became obsessed with them. Love their sound, their rawness, authenticity. Love that vibe! Who else? Aretha, Ella, and Keely Smith from earlier and then another favorite of mine from Motown era is Ruth Brown.

Q: Do you ever hook your harp up to an amp?

Q: Your EP Urban Lullabies includes a heavenly cover of “Smells Like Teen Spirit.” What is it about this particular Nirvana song that keeps musicians coming back to make their own imprint on it?

A: I would put it down to melody and frankly the song makes no sense at all. There have been several in-depth intellectual reviews on it, but for me, it’s nonsensical whilst lyrically striking at a feeling. I truly think it’s a cathartic song in how it’s laid out musically.

Q: Your earlier album My Voice and 45 Strings has a lovely ballad named “Jimmy Choo’s.” So how many pairs of shoes do you currently own and what’s your most recent acquisition?

A: Jimmy Choo’s gave me a pair because of that song… I never wear ’em as I can’t walk the streets to the bus in them! Love shoes… Wish I had room for way more. San Fran doesn’t get along with my 6-inch heels I’m most famed for wearing onstage!

Q: You’ve worked with some major pop stars: Annie Lennox, The Pet Shop Boys, Seal, Jay Z… Was there a collaborator who you felt really “got” the harp’s potential in their own music?

A: Nice question! I think Jarvis Cocker really got the harp. I have huge respect for him as an artist. Also, I’ve worked with Raphael Saadiq and he totally knew how he wanted to use the harp and my voice.

Related: “Pulp’s ‘This Is Hardcore’ Is A Difficult Masterpiece”

Q: You’ve actually worked in the jazz world as well. If you could devote an entire album to one jazz composer, who might that be?

A: Probably it would have to be Antonia Carlos Jobim or Jan Johansson because of their classical understandings and expression. I simply can’t leave out Oscar Peterson for his playing. I could hark on about this for a long time but that’ s a podcast!

Q: Your latest single “Where Have All the Good Men Gone” is terrific. So… when is your next album coming out?

A: Well, my second single “I’ll Be Loving You” is released October 26th with my third single “Baby Don’t Cry” following on in November, finishing up with the album release of Think Big: Like Me in early December.

0 comments on “Step Aside, Angels! Here’s Heavenly Pop With a Harp”