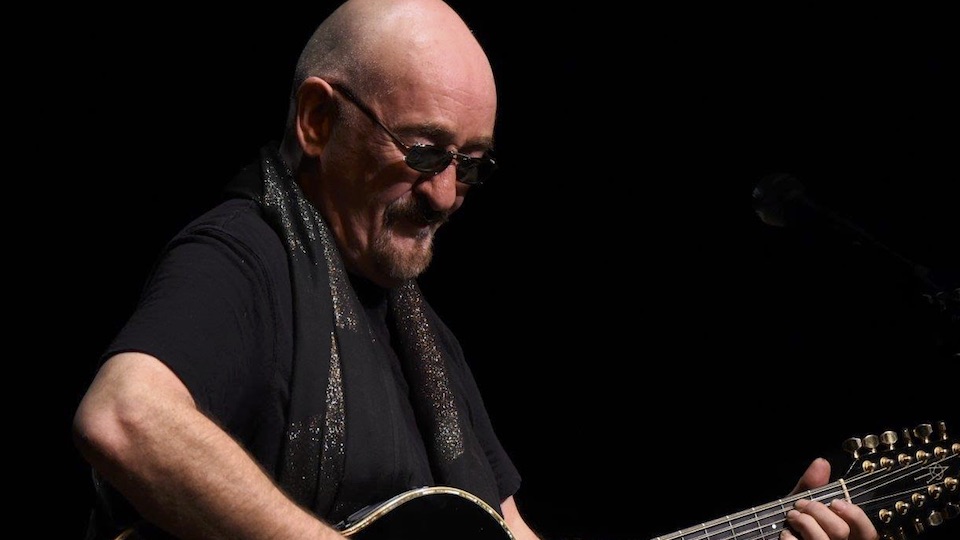 Dave Mason is a legendary musician and songwriter. He was a founding member of the band Traffic, along with Steve Winwood, Chris Wood, and Jim Capaldi. Mason is best known for songs such as “Feelin’ Alright,” “Only You Know and I Know” and “We Just Disagree.” He has performed with a number of iconic musicians and bands including Fleetwood Mac, Paul McCartney, and Eric Clapton. He continues to tour regularly, and recently recorded a new version of his 1970 solo debut, Alone Together, titled Alone Together (Again) (out 11/20). The album is terrific and features excellent work from Mason, the members of his live band, and guests like John McFee. I recently spoke to him about the album, other upcoming projects, and some highlights of his long and celebrated career in music.

Q: You were a founding member of Traffic, and have also enjoyed a successful solo career. You’ve played both live and on record with artists like The Rolling Stones, Paul McCartney, Delaney and Bonnie, and Joe Walsh. You even recorded an album with Cass Elliott of The Mamas & The Papas. Are there any moments that stand out as particularly memorable for you?

A: A whole lot of them, but obviously I’d say working with Hendrix on Electric Ladyland is one of the highlights. I played acoustic guitar on “All Along The Watchtower” and sang backing vocals on “Crosstown Traffic.” We recorded several other tracks where I played bass and sitar, but I’m not sure if they’ve ever been released. The Cass Elliott thing came about because when I first moved to America, I stayed with Gram Parsons for a few weeks. He introduced me to Cass, and it turned out that a couple I knew very well from England were living with her. Her house had become sort of a go-to place to hang out during the summer of 1969. So that collaboration grew out of the social interaction and friendship we had at the time.

Q: Another iconic artist you worked with was Michael Jackson. He performs on a song from your album Old Crest on a New Wave. How did that come about?

A: I was working on the album, and Michael happened to be recording with Quincy Jones at the same studio in Hollywood. I had written a song called “Save Me,” and I needed somebody to sing a high harmony part. Michael was on a break, so I introduced myself, and explained I had this song where I needed someone for the high harmonies, and asked if he would do it. He kind of looked at me for a minute, and then said “You know, When I was 12 years old I did a TV special with Diana Ross, and at the end of the show we sang the song “Feelin’ Alright.” As for working on the song, he said, “Absolutely, I’ll be right there.”

Q: Speaking of “Feelin’ Alright,” the original version of the song featured on the second Traffic album is quite a bit different stylistically than Joe Cocker’s well-known cover.

A: Songs are open to different interpretations, and that’s what happened with “Feelin’ Alright.” The Joe Cocker version is what really turned that around. The way I originally wrote and recorded it, the song isn’t about “feelin’ alright,” at all. It’s about “not feeling too good myself.” But that’s OK, I’m eternally grateful to Joe Cocker for what he did with the song. His cover spawned the many other versions of “Feelin’ Alright,” which has been recorded by over 50 different artists.

Q: Traffic’s sound encompassed a number of musical styles including pop, rock, soul, and world music, a diversity that you’ve consistently embraced in your solo work. You’ve re-worked some of your songs in different styles, such as “World In Changes.” The version featured on Alone Together (Again) is quite different from the original, with almost a reggae feel. Do you enjoy working in a variety of styles?

A: Four or five years ago, I wanted to work with one of my songs and take it in a different direction. It started out with “World in Changes.” I played around with the song and the new version sounds totally different. I was really pleased with the way it came out. For my “Traffic Jam” tour, I actually revamped a couple of Traffic songs. On “Dear Mr. Fantasy,” I changed the song from a major to a minor chord sequence, without changing the melody, which made it really interesting to play live. I also came up with a sort of bluesy version of “Low Spark Of High-Heeled Boys,” which I think sounded kind of cool. I’ve written songs, but I don’t consider myself a prolific songwriter, so trying out different interpretations of things helps keep them fresh and interesting for me.

Q:  In 1970, you released your first solo effort, the classic Alone Together. This year is the 50th anniversary of the album’s release. The master tapes for that record, along with the music of many other artists, were destroyed in the 2008 fire at Universal. Is that what motivated you to recently record the new version of the album, Alone Together (Again)?

A: That was a part of it. I also never liked my vocals on the original release. I was younger, and I think I sound much better vocally now. My voice is stronger and more seasoned. The way we recorded Alone Together (Again) is that we were out on tour, and the band had a couple of days off. We went into a studio in New Jersey and cut all of the basic tracks in one afternoon. The songs sound a lot fuller, and a lot punchier. There are some really nice touches to the whole thing. John McFee plays banjo on “Just A Song.” I like the new interpretation of “Can’t Stop Worrying, Can’t Stop Loving,” way more than the original. My band members are all great players, and we’ve been doing several of these songs in our live shows for a long time, so that helped out in the studio. I think it all came out great.

Q: Are you hoping Alone Together (Again) brings your music to the attention of a new group of listeners, as well as appealing to your established fans?

A: At my live shows, the core audience is generally in their mid-40s to their 70s. But I also get teenagers in the crowd, who may have been brought by their parents. Every time I’ve had young people at my concerts, many of them end up saying, “Wow that was amazing” when they come up to me after the show. Hopefully, the album will help people discover or re-discover the music. For younger people, it’ll be new to them, and I think the music still sounds good. “World In Changes” is a timeless song, and “Sad And Deep As You” and Shouldn’t Have Took More Than You Gave” are great songs as well. Whether it’s rock, jazz, pop, standards, or blues, music is either good, or it isn’t. No matter what the latest fashion or flavor is, good music is good music.

Q: Do you have any other new music coming out? Considering how much rock and roll history you’ve been a part of, have you ever considered writing a memoir?

A: After being asked about it a lot by fans over the years, I am writing a book. It’s called Only You Know And I Know. I’m working on it with a guy named Chris Epting, and hopefully, we’ll be able to get that out in the near future. I’ve also got something else I worked on which is pretty cool. Everyone’s been putting out music during the quarantine, so I did a new version of “Feelin’ Alright” which features Michael McDonald, Sammy Hagar, Mick Fleetwood, Patrick Simmons, John McFee, Tom Johnston, and John Cowan. I called the group Dave & The Quarantines. We all recorded at different locations, and it was a lot of fun to put it all together. As for releasing other music, I have been going through the vaults and listening to things I did twenty or thirty years ago on tape or two-track, and having it transferred to digital. I may eventually release some of those things in some form. I would probably take it out on the road, and make it available at my shows, which is what I usually do.

Q: On a different note, I know that you’re involved with a great charity called Rock Our Vets. What was the genesis of that group?

A: A good friend of mine, Teddy Knapp, and I started it some time ago. We’re a relatively small group, and everyone volunteers their time, so no one takes a salary. We started out not necessarily to raise money but to provide material necessities for veterans, like clothes, food, and cars. It’s all driven by donations. We’ve expanded the support to include all uniformed personnel. There are other musicians who’ve gotten involved, and we do things like offer signed guitars, that we put up for auction, to raise funds. It’s a sad commentary on the situation, but if these people were being taken care of, we wouldn’t have to exist. The organization is very much a labor of love for everyone, and it’s our pleasure to do what we can.

Alone Together (Again) can be purchased by visiting Dave Mason’s website, https://www.davemasonmusic.com, where you can also find more information about Dave Mason’s life, music, and career.

2 comments on “Dave Mason is “Alone Together (Again)””