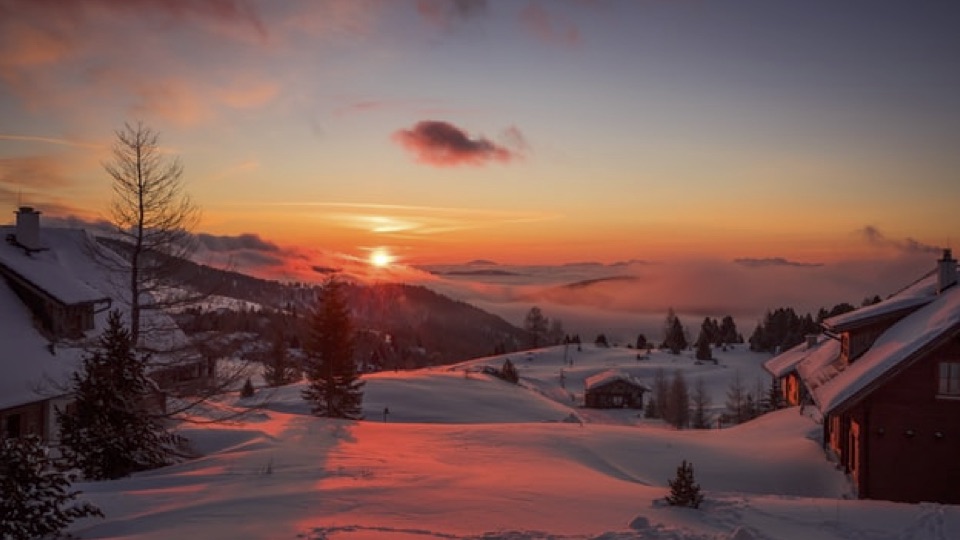 It’s still going. We’re still shocked about it, still hopeful, still anxious. I don’t even need to name it for you to know what I’m talking about.

We’ve all built different “shelters” during the pandemic. This viral mystery has haunted the West for over two years now, remaining the biggest threat humanity has faced for quite some time. Nothing, it feels, has perhaps been this uncertain to such a level for a long, long time.

For many people, music is a major comfort. There’s a good chance plenty of you have your own playlists and albums on standby.

Even now, you can browse Spotify or YouTube to find “pandemic playlists.” Music that’s hopeful, optimistic, often in a major key, rising and swelling to finales that assure us everything is going to be alright. Some of the most popular music across the decades has been overwhelmingly peppy and optimistic (sometimes bordering on nauseating).

That said, is there such thing as “perfect’”comfort music to help us weather a pandemic, especially in these dark winter months? You have to travel all the way back several hundred years to get a good shot at an answer!

Media vita is a body of work composed by Englishman John Sheppard during the 16th century. Yes – we’re going a little bit old-school, but bear with me.

Sheppard’s life was agonizingly short, and not just as a result of life expectancy being lower in centuries past. The composer was barely 43 years old when he died and it’s likely, according to sources, that he succumbed to something painfully familiar  – a pandemic.

Specifically, historians suggest Sheppard, whose overwhelmingly optimistic, swelling Media vita may have fallen prey to the notorious influenza pandemic of 1557. England, at this point, was still bouncing backward and forwards from another type of pandemic entirely – the Black Death. However, it was at this midpoint of the 16th century that a flu from the East arrived to claim many lives before their time.

This all sounds a little too familiar in the here and now – meaning, it’s pretty safe to expect the negative feelings we’ve all faced this past year were felt just as harshly – if not more so – centuries ago.

That, however, did not stop the likes of Sheppard. Media vita, it seems, may be the composer’s magnum opus – of which we actually know very little. The composer, too, thanks to the loss of historic documents to time, seems to have left little trace behind that we can consider concrete.

However, what’s eminently beautiful about Media vita is that it was born out of a hopeless situation. Its heavenly, polyphonic swells circle upwards, ever-ready to take on the next chapter or challenge. It offers touches of dissonance and caution, uncertainty, yet constantly moves forward. If we’re really going to get into music theory here, we could suggest it is a metaphor for the very nature of the human spirit in the face of an impossible challenge.

It’s a challenging listen, however, it is still an extremely inspiring piece of music.

It is, by nature, a choral piece – one which many claim to be an extremely taxing piece of work to perform. At least, that is what some performers advise, and we must also remember that we only have a copy of the original work to hand. What happened to Sheppard’s original piece is a mystery that may never be solved.

Could Media vita be referred to as “comfort” music? Perhaps. Sure, it might not have the peppy chords and major notes that run of the mill pop music uses to pep our spirits up, but it does a fantastic job at replicating this intense ambivalence that so many of us are experiencing right now.

“Ambivalence” is a good word to use for the pandemic in general; when we experience new thoughts and emotions, we seek comfort in simple pleasures. Media vita may not be your cup of tea, but as a body of work, it is a haunting listen – and given that it was born out of another pandemic, it may just feel a little prescient.

Photo by Michael Niessl on Unsplash

1 comment on “Is This the Perfect Winter Pandemic “Comfort Music”?”