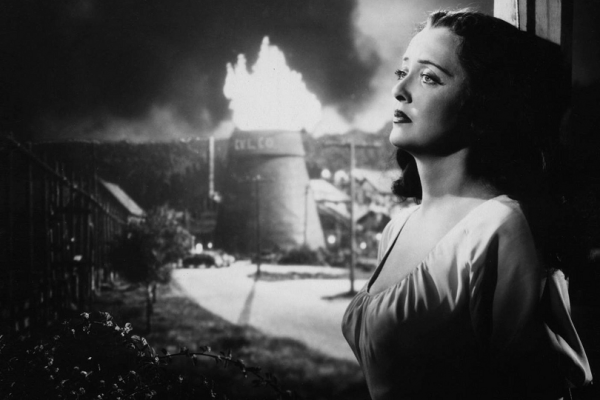 A Senior Staff Writer at Vegas Seven, Lissa Townsend Rodgers has interviewed an eclectic assortment of cultural luminaries over the years, ranging from science guy Bill Nye to Hollywood icon Sophia Loren to boxing legend Mike Tyson. What else does she do when she’s not writing about medical marijuana and same sex marriage in Nevada? Watch bad movies then tell us all about it via It’s Craptacular.

A: I began It’s Craptacular on January 1, 2012. It was your classic “It’s the new year! I’m gonna start a new project!” I had been a journalist in New York before I moved to Las Vegas, but then I began teaching elementary school—I was still writing freelance, but I wanted to do something for fun. I’d been a movie fan since I was a kid—I caught the tail end of that era before cable and infomercials when the television was just full of movies, Bruce Lee to Billy Wilder, everything. And I decided on the, shall we say, less-polished side of the movie world because, like I said, I wanted to have fun. These kinds of movies are more fun to write and, of course, more fun to watch. I could hold forth on my fondness for Truffaut’s Adele H. or go off on how both T.S. Eliot and I just adore Throne of Blood but somehow the lousy movies are the one that have my heart. And there was just a study showing that a love for trashy movies is a sign of intelligence…

Q: What’s been the most popular content on It’s Craptacular so far?

A: The most popular one seems to be Tokyo Gore Police, which is a Japanese action/monster movie with loads of blood and nudity and mutants. Can’t imagine why folks are clicking on that… Also, Ciao! Manhattan, which was the last movie Edie Sedgwick ever made—she’s a cult figure, so that pulls people in. I also wrote about an old TV movie biography of Jayne Mansfield starring Loni Anderson as Jayne and Arnold Schwarzenegger as Mickey Hargitay, that one’s pretty popular.

A: That’s a hard call because there’s pieces I’d like people to see because the writing is good—usually meaning I have a few good jokes, a well-placed reference or two and at least one plausibly wise insight, or at least as wise and insightful as one can be when talking about The Brain That Wouldn’t Die or Howling II: Your Sister Is a Werewolf. But then there’s pieces I’d like people to read because I think it’s a film that people should be aware of—like Perfect Blue, which is in no way, shape or form a crappy film, but I wrote about it because more people should see it. I suppose if there was an entry that covers both of those angles, it might be the one for Beyond the Forest, which is a tawdry old Bette Davis melodrama, but she’s so angry in it. She’s like Johnny Rotten as a small town belle, saying things like, “Life in Loyalton is like sitting in the funeral parlor and waiting for the funeral to begin. No, it’s like lying in a coffin and waiting for them to carry you out.” She just walks down the street and people are pissed off and gossiping. I had a lot of fun writing about it because it’s unbelievably hokey and cliché—Bette Davis was embarrassed by this movie. How do you embarrass Bette Davis?–but there’s also this interesting subtext that trashes those same women’s movie ideas about marriage and motherhood.

Q: What’s coming up on your site of particular interest?

A: More movies, of course. Every now and then I start building up a backlog of posts that are halfway—okay, maybe a quarter of the way—done, which is about where I am now. I have Jupiter Ascending, because it’s Disney Princess sci-fi pastiche nonsense from people who should know better. Andy Warhol’s Vinyl, because it’s one of the few avant-garde improv films where the experiment is successful. And because I and everyone else loves Edie Sedgwick. A truly dire late Liz Taylor flick, some more vintage horror…

Q: What’s the weirdest response you’ve got to your blog? Anything memorable?

A: Hm. Not really. I’ve had some nice comment interaction. Only one person has corrected me on something, which I consider an achievement in accuracy. I did get interviewed by a journalism student from the local college, which was kind of odd, since I interview so many people myself.

0 comments on “Giving Bad Movies the Attention They Deserve”