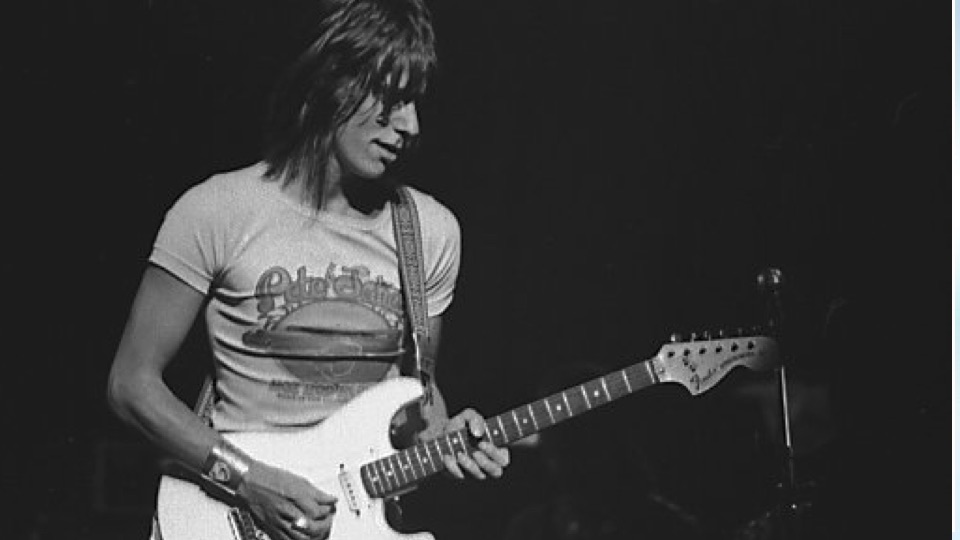 Jeff Beck was a man of few words, which was evident to anyone who attended his concerts. “I hope you’re not expecting jokes,” Beck chuckled to those of us who gathered to see him in Dublin during his 2014 tour. “Because you’re not f——- getting any.” Instead, he let his instrument do the talking, challenging his audiences to journey with the reverb that was cascading over their heads, in a setlist that incorporated blues, metal, pop, and white funk.

Indeed, Beck’s reputation as one of England’s most influential, and arguably most innovative guitarists, had long been set in stone, a reputation no doubt bolstered by his thunderous debut album, Truth. Backed by Ronnie Wood’s melodic bass work, the record offered Beck a template from which he could let the guitar sizzle and shake; by doing so, he established the rules of 1970s metal. (Beck’s debut preceded Led Zeppelin’s by a matter of months, and there are definitely similarities between the two albums, not least because John Paul Jones and Jimmy Page contributed to both albums.)

A reluctant frontman, Beck quickly found a new role as a sideman, garnering a reputation as a “musicians’ musician.” Pink Floyd courted him as a possible replacement for Syd Barrett, and Rod Stewart recorded many of his most vital vocals over Beck’s piercing hooks, knowing that he had a musician who was more than capable of taking it to the next level of creativity. Beck’s covers of Beatle songs were original, inventive yet deeply reverent of the songs John Lennon and Paul McCartney issued to the public. Whether it was using an early form of the talkbox on “She’s A Woman”, or re-creating “A Day In The Life”’s orchestral orgasm on his strat, Beck’s work (nominally instrumental) captured the flair and confidence of the band that dominated the 1960s.

But he was never a mimic, but rather a leader. His fans – for there were many – turned to his records for guidance, keen to understand how he got one hook over another. Whether it was Brian May – Beck’s fingerprints are all over “Father to Son” – or Rory Gallagher, the guitar shaped itself in the things that Beck allowed for. He joined Morrissey on “Black Cloud”, culminating in a blues-oriented coda that was outside of Johnny Marr’s remit. Then there was his work on Roger Waters Amused To Death, billowing with energy and raucous abandon that made the songwriting bassist’s material more palatable to swallow. Beck stepped in for Mark Knopfler on “Private Dancer,” performing a fiery solo next to Tina Turner’s explosive vocals. It can’t have impressed Beck that Knopfler described the finished piece as the “world’s second-ugliest guitar solo.”

Ironically for a man who wasn’t garrulous or particularly outspoken, he’s best known for singing “Hi Ho Silver Lining”, a trite, anodyne tune re-plastered as a football anthem. Which is more the pity when his songs ranged from the textured “Beck’s Bolero” to the yearning of “‘Cause We’ve Ended As Lovers.” His oeuvre stripped back the trappings of rock to exhibit a catalog that was vast and visceral in its ambition.

“I was so saddened to hear that Jeff Beck had died,” Paul McCartney wrote on his social platforms. “Jeff Beck was a lovely man with a wicked sense of humor who played some of the best guitar music ever to come out of Great Britain. He was a superb technician and could strip down his guitar and put it back together again in time for the show. ”