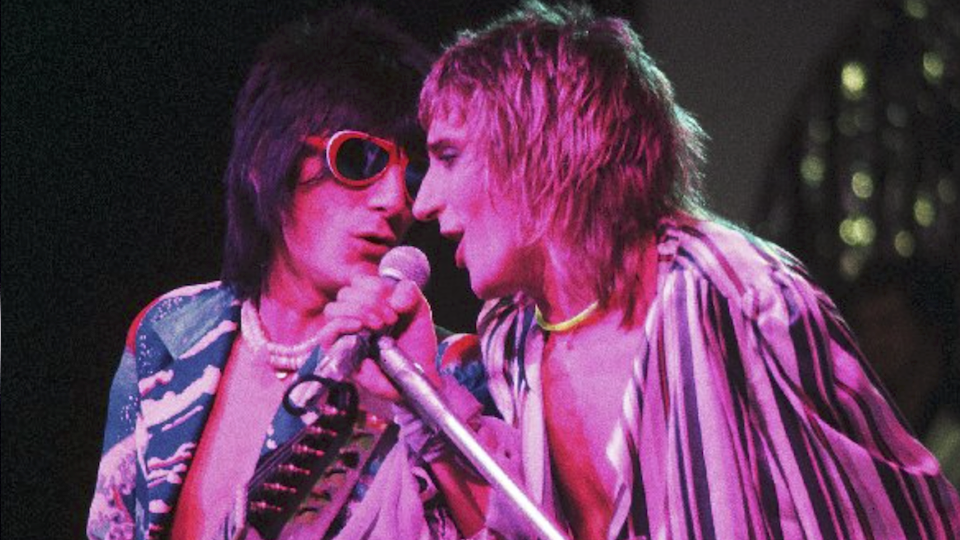 With Ogden’s Nut Gone Flake, Small Faces established themselves as one of the most interesting bands in Britain, but they had yet to crack the American market. With the departure of vocalist Steve Marriott, it looked like they weren’t going to. So, it was a stroke of luck that guitarist Ronnie Wood invited his pal Rod Stewart to a jam session with Small Faces, breathing new life into the outfit. Considering Stewart’s height (as well as Wood’s), the quintet didn’t feel it was appropriate to carry on with the “Small” moniker and adopted a smoother one: Faces.

With their jagged hooks and taste for debauchery, Faces quickly established themselves as one of the premiere live bands of the 1970s, bringing good humor and bravado onto the stage with them. Their albums featured acoustic balladry and proto-punk influences, but their best work was undoubtedly salvaged for the live set, where audiences could regale in the harder material and sing along with bassist Ronnie Lane during the somber “Maybe I’m Amazed.”

For a band saddled with such great talent, it was inevitable that they would implode within a matter of time, a facet not helped by Stewart’s lucrative sideline as a solo artist (his rousing rendition of “Maggie May” featured Wood on bass and Small Faces/Faces mainstay Ian McLagan on keyboards, as did many of his solo songs from the era).

The band mixed swaggering rock with an appetite for hedonism, which might explain why many of the hotel rooms they stayed in were left in a place of great disrepair after their wake. The band regularly drank onstage; their start/stop anthems allowed audiences to either dance or sing to the tunes in question. “Stay With Me” swiftly became their signature song, a thunderous rocker that illustrated the carnal activities of a singer on the hunt. By that time, the band had garnered enough of a reputation to worry The Rolling Stones, leading drummer Kenney Jones to speculate that singer Mick Jagger deliberately invited Wood to perform on Black and Blue in an effort to break up Faces.

Above this glorious racket was Lane’s penchant for melody, which is why tunes “Debris” and “Ooh La La”, complete with lyrics that were variously interpreted as both a celebration and a condemnation of his native England. The latter became synonymous with Lane, and Stewart commemorated his late bandmate with a cover of the pastoral ballad in 1998 (although curiously neither Stewart nor Lane sang on the original, which was sung by Wood, with remarkable flair.)

“Ooh La La”  might just be the band’s most important recording, although what live recordings we have of the band showcase a group who were more interested in entertaining audiences than moving them. Following their breakup, Stewart enjoyed a grander profile as a disco singer, which accounted for such stellar hits as “Da Ya Think I’m Sexy?” and “Young Turks.” Wood and McLagan closed out the 1970s performing with The Rolling Stones and The New Barbarians; in 1978, Jones was elected to replace Keith Moon in The Who.

Sadly, Lane didn’t do so well. He enjoyed some success fronting Slim Chance before he was diagnosed with multiple sclerosis in 1977. And yet his presence remained: in 1986, he joined the members of Faces for an extended encore at Rod Stewart’s Wembley Stadium concert, where he sang harmony vocals. Too ill to play bass, he nevertheless appeared on the stage, a glorious smile slapped on his face. He wasn’t the only one smiling.

3 comments on “The Faces: The Original Punks”