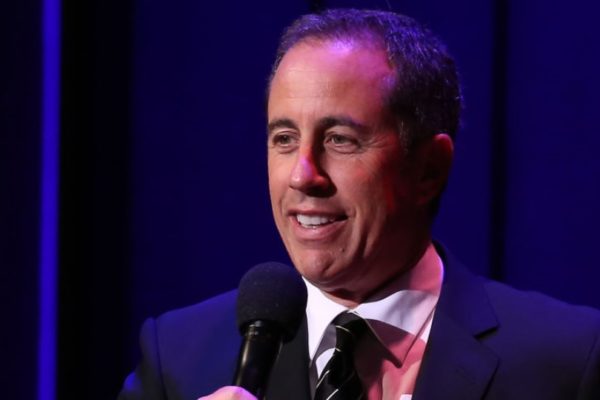 “Spongeworthy.” “Master of my domain.” “Shrinkage.” “Serenity now!” Any of these catchphrases immediately recall the groundbreaking TV comedy Seinfeld. But before Jerry, George, Elaine, and Kramer became part of ’90s “must-see TV” (and the culture), there was just Jerry Seinfeld, a New York stand-up comedian looking for a break. That big break came in 1989, when NBC aired the pilot for The Seinfeld Chronicles. It was met poorly, but one network exec thought it might work, and gave the creative team of Seinfeld and Larry David a small budget to do four more episodes. And “yadda yadda yadda…” The rest is history.

Although Seinfeld became an Emmy-winning mega-star, he remains, first and foremost, a comedian. A new special on Netflix, Jerry Before Seinfeld, has him returning to the Comic Strip, the New York club that helped launch his career. As part of his set, he’ll perform many of the early jokes that got him started back in the day. For the record, Seinfeld has an enormous library of yellow legal pads containing every joke he’s ever written, dating back to 1975. (He shows off some of that stash in a few Instagram posts teasing the special.)

Jerry Before Seinfeld also features home movies from his childhood, giving even more insight into his journey from wise-cracking kid to becoming Forbes’ highest-paid comedian of 2017. The show debuts on Tuesday, September 19.

This will be the first of two Seinfeld stand-up specials on Netflix — part of a $100 million deal he recently signed with the streaming service. Netflix will also be the new home of his hit series, Comedians in Cars Getting Coffee (with 24 new episodes of that starting later in the year). And he’ll be developing new comedy projects for them as well.

No word yet if any of them will feature a “puffy shirt.”

0 comments on “Seinfeld Before the Coffee Shop”