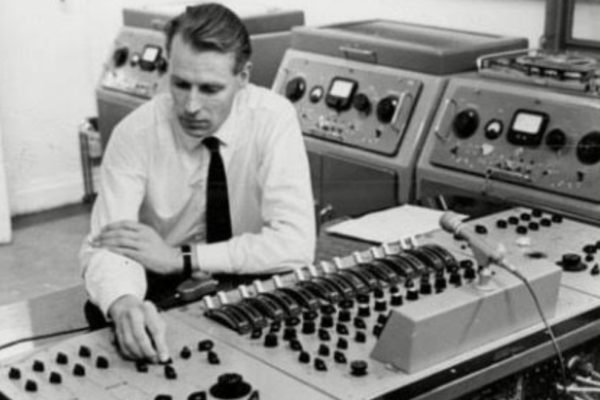 No one is likely to contest the blazing talent and charisma of the four lads from Liverpool who became the planetary sensation called The Beatles. But the Fab Four’s success seems unlikely to have occurred on the worldwide scale that it did had it not been for their producer, George Martin. In Kenneth Womack’s scholarly and highly enlightening book Maximum Volume: The Life of Beatles Producer George Martin (The Early Years, 1926-66), we get a close range view of how Martin’s skills were brought to bear on what many consider to be the greatest band the world has ever known.

While much of the book is given over to the unique chemistry between the callow, playful band-mates and Martin, with his military background and posh demeanor, Martin’s pre-Beatle back story is not given short shrift. We learn of his somewhat troubled, working class family, early tenuous marriage and, most of all, his leadership abilities throughout his professional life. As the eventual head of Parlophone records in the 1950s, he singlehandedly turned around a failing business to great viability with his clever introduction of comedy albums, springing the likes of Peter Sellers, Peter Cook and Dudley Moore onto an appreciative public. He also signed and managed some relatively successful musical artists like Cilla Black and Gerry & The Pacemakers. But Martin wanted to craft a “beat band” to call his own.

His initial foray into sculpting the image and music of The Beatles was less than promising. They were a Liverpool band with decent chops and a local cult following, but when he heard a demo (provided by manager Brian Epstein) in 1962, Martin himself said the recording “was far from a knockout.” Subsequent meetings with The Beatles, a change of drummer, and some divinely inspired writing and song-crafting sessions began to yield signs of certain success. No one could ever have guessed at the long-range impact The Beatles would have to this day, but something miraculous was unfurling during the group’s collaboration with George Martin.

Maximum Volume shines thanks to the meticulous research and vibrant prose of Kenneth Womack. This is not a book for those seeking juicy gossip as private lives are only modestly referenced. Instead, Womack opens up a wonderful portal to the musicianship, craft and studio tweaking of the songs we know and cherish today. Each chapter lays out the behind-the-scenes scenarios of the multi-layered magic that went down in Abbey Road studios from 1962 to 1966 — another volume awaits! — with particular focus at the end to the creation of Rubber Soul. Throughout, Womack lets us see these familiar songs through a new lens.

Martin’s genius lay not just in his eye for spotting raw talent or his uncanny gift for taste-making. He also had an extraordinarily deft hand in the studio. Even with the less sophisticated recording materials of that bygone era, he layered vocal tracks, added musical bridges, and honed the fine raw stuff to a hard sheen and endless durability. Dense with details, quotes and insider info, Maximum Volume is a distinguished addition to the canon of Beatles lit. Covering the sorcery that took place inside the Abbey Road studios in the first half of the 1960s, the first half of Martin’s two-part biography provides an inside track on the workmanship and inspiration behind the soundtrack of our lives. Needless to note, Maximum Volume, Part II is eagerly awaited.

PS. For other great Beatles reads, click here. Plus, check out our posts Artists Reflect on The Beatles in Their Lives and The Literary Wonderlands of John Lennon.