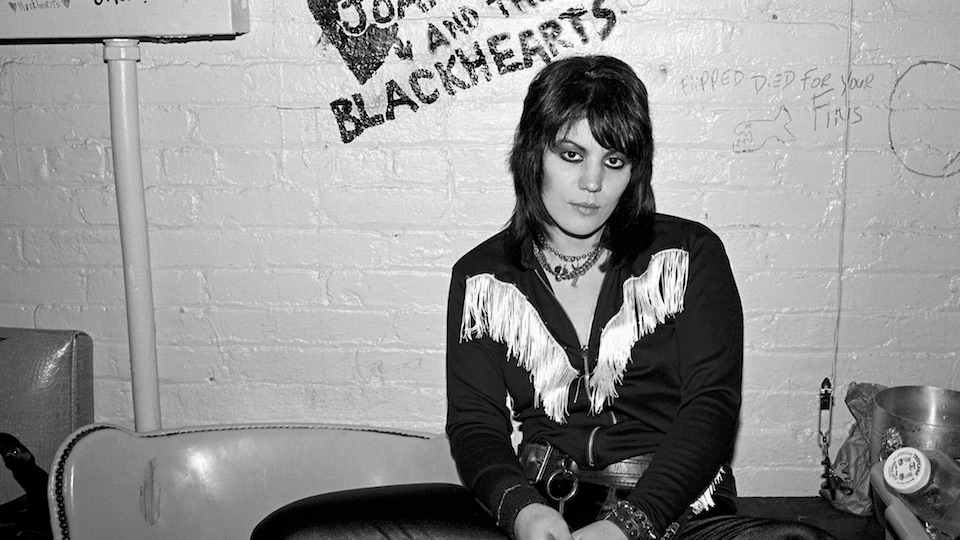 Joan Jett may have had a “bad reputation” in her early career when the very fact of her being a female rocker was seen as an abomination to the musical genre. Now as a seasoned 60-some-year-old punk legend, Jett’s reputation as a musician, a mentor, an activist, and a role model is nothing short of exemplary.

Kevin Kerslake’s documentary Bad Reputation reflects honestly on Joan Jett’s phenomenal career, shedding light on the highs and lows of her journey from founding member of the proto-punk girl-band the Runaways to her solo years marked by hits such as “I Love Rock n Roll” and the titular “Bad Reputation.” Hers is a story as unapologetic and relentless as her music, and this high-energy doc is a tribute to her lasting legacy.

The doc begins with Jett recalling the Christmas gift she received in 1974 when she was 13 years old: a Sears electric guitar that would soon change her life forever. While Joan was holed up in the SoCal suburbs, wailing away on her store-bought guitar, the world around her was changing radically. The women’s liberation movement, Bowie, Susie Quattro, Stonewall, Quaaludes, the Bomb, and the destruction of the nuclear family were all carving their way through history, and Joan Jett was about to make her mark on this turbulent world stage with music that would prove to be as controversial as it was revolutionary.

In 1975, after a chance meeting with drummer Sandy West in Rodney Bingenheimer’s English Disco, an infamous Sunset Strip glam-rock nightclub, the two young women launched the formation of The Runaways with the help of notorious manager Kim Fowley. Despite gaining a fanbase in the UK and Japan, the female rock group was showered with derision from mostly male critics and faced abuse and violence from an American audience that wasn’t ready to relinquish rock to women. With internal disputes brewing and unable to escape the “jail-bait” image the media had cast on them, The Runaways split for good.

Bad Reputation rolls through Jett’s proceeding transitional years as she moved from a drug-fuelled post-Runaways mourning period to teaming up with Kenny Laguna, a songwriter and music producer whose roots in bubblegum-pop found an unlikely match with Jett’s riff-driven hard rock. With his help, Jett formed her lasting band The Blackhearts.

Director Kevin Kerslake moves his film along at a breakneck pace, interspersing first-hand accounts from Jett along with archival footage spanning her entire career and talking-head interviews with a whole host of “famous fans,” including Iggy Pop, Debbie Harry, Billie Joe Armstrong, and Miley Cyrus. Most interesting though are the interviews with Kathleen Hanna of Bikini Kill, who speaks about Jett’s musical influence on the Riot Grrrl movement of the 1990s. Jett played an instrumental role in Bikini Kill’s success, and it becomes clear through Hanna’s talking heads just how committed Jett was, and continues to be, in investing time and energy in supporting the development of young female musicians.

While the first half of Bad Reputation often feels more like a cinematic Wikipedia-entry than an in-depth exploration of one of Rock n’ Roll’s greatest legends, the second half of the doc, which hones in on Jett’s more recent activities, allows us to paint a more intimate portrait of the punk princess. This is particularly true when, in spite of Jett’s consummate badass image, we see a deep vulnerability in her while reflecting on the 1993 rape and murder of Gits frontwoman Mia Zapata. Despite having no connection to the band, Jett joined forces with the remaining members of the group in order to promote women’s self-defense and toured with the Gits to raise money for an investigation into Zapata’s case. We also learn in this second half of Jett’s tour in support of the troops after 9/11 and her on-going activism on behalf of animal welfare. This is truly where Bad Reputation shines when it moves away from the welcome yet epidermal fan testimonials to a more reflective study of Jett’s personal motivations.

Jett has always been protective of her private life, so it’s no surprise that Kerslake’s film fails to fully knock down the carefully guarded walls the musician has built around her. The film skirts around issues relating to Jett’s sexuality as well as the 40-year long relationship she has had with producer and friend Kenny Laguna. There is a superficiality to Bad Reputation that is often frustrating, especially for those wanting deeper insight into Jett’s musical process or more nuanced reflections on her legacy-building years. Yet, there is much to admire in this ode to Joan, not least its first-hand interviews with Jett herself who comes across as a true professional rockstar with a heart of gold.

We all knew Joan Jett as an iconic musician, but Bad Reputation demonstrates how she has been doing far more than just entertaining hordes of crowds for the past four decades. This is truly a case study on how to defy a close-minded establishment while staying wholly and completely true to oneself. Joan Jett has been paving the way for women who want to rock since the 1970s and teaching us all that a girl can do what she wants to do. What better reputation could you have?