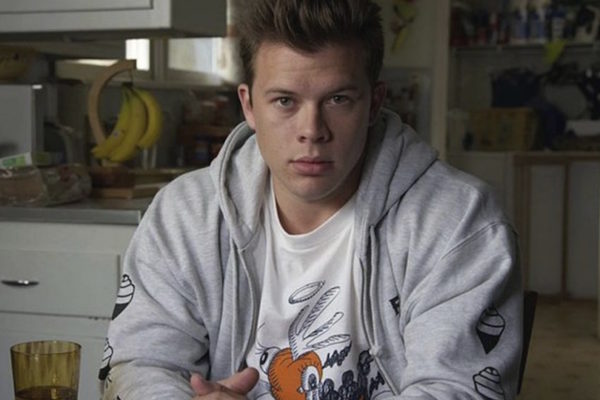 Who doesn’t love a great, serialized, true crime story? Mega-hit Serial grabbed the nation’s imagination (as well as made your mom ask, “What’s a podcast?”) while each episode’s revelations seemingly launched a thousand new theories. In its wake, hit shows like HBO’s jaw-dropping The Jinx and Netflix’s stunning Making a Murderer have turned obscure, years-old crimes into buzzy, headline-grabbing, trending topics. By now, we have the format down pat: Start with a charismatic, problematic figure accused of a heinous crime but swearing innocence. Exhaustively examine questionable testimony. Chase down false leads that may obscure the truth. Chew over a morsel of new evidence that casts a fresh light on everything we thought we knew. Brace for the whiplash as you’re jerked back and forth between certainty and doubt and back. Then ponder the meta narrative from storytellers questioning their own moral compass.

If your lizard brain gets hooked into these puzzle-box shows, let me introduce you to your next true crime binge. There’s just one catch: This time, none of it is actually true. It’s clear the creators of Netflix’s teen crime docu-dramedy American Vandal know and love true crime tropes, for they’ve pulled off the seemingly impossible: a low-key parody that is, simultaneously, a pitch perfect send-up of the format and a gripping mystery in its own right.

Over eight half-hour episodes, American Vandal (created by Dan Perrault and Tony Yacenda) presents itself as the work of two suburban high school underclassman AV club members Peter (Tyler Alvarez) and Sam (Griffin Gluck). The pair, inspired by shows like Serial, set out to investigate an incident of juvenile high school vandalism: spray painted penises on each of 27 cars parked in Hanover High’s faculty lot. The only suspect, Dylan Maxwell (played to oblivious perfection by Jimmy Tatro) is a known prankster/underachiever who has owned up to every dumb thing he ever did, but swears he didn’t “do the dicks.”

With that set-up, I anticipated American Vandal would be a goofy mockumentary, along the lines of Waiting for Guffman or This Is Spinal Tap. But to their credit, the creators play things much closer to the vest. The humor is there but underplayed, stemming from the absurdity of the situation, the seriousness with which Peter and Sam dig into every theory, and various characters’ wonderful lack of self-awareness. Yes, the premise is built on a dick joke, but atop that foundation American Vandal crafts a story that calls into question just how “true” true crime is.

Along the way, the show offers an incisive look at the social hierarchy of a typical American high school (students and faculty) in a manner worthy of the very best teen comedies of the ‘80s and ‘90s—Election, Clueless and Heathers, to name a few—but with all of today’s YouTube influencers, Twitch streamers and Snapchat selfies thrown into the mix. To say more would be to give away the joys of the show, and they are many. American Vandal has been picked up for a second season, so now is the perfect time to treat yourself to the untrue show that somehow tops the true crime giants at their own game.

PS. John Waters also showcased some quirky outlaws.   Plus, a look at one of TV’s great fictional serial killers.

0 comments on “The Untrue Crime Show for True Crime Fans”