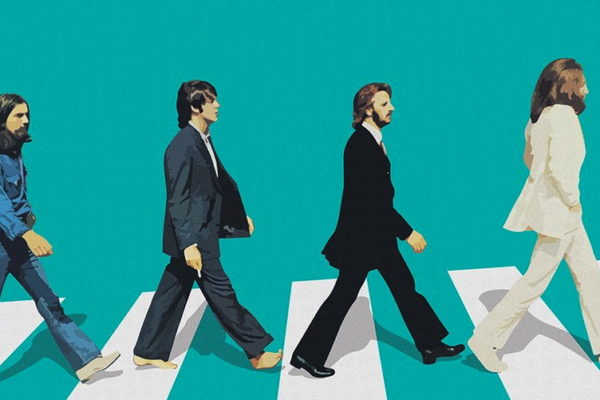 If you’re a follower of CultureSonar then you know that we have a deep devotion for all things Beatles. We write about some facet of their careers weekly. We’ve got a series of films in which Beatleologist Scott Freiman “deconstructs” some of their seminal albums (Sgt. Pepper’s, Revolver, Rubber Soul, and The White Album). We’ve even got a selection of rare and unpublished photos of the Fab Four from photographer Tom Morton. But you probably know all that already. What you might not know is we also have a robust collection of Beatles memorabilia for purchase just in time for the holiday season. Below are a few items that might make for the perfect gift for that Beatlemaniac in your life. And trust us: This is just the tip of the iceburg.

The Beatles Candlestick Park Final Concert Poster
At three feet tall and two feet wide, this stretched canvas production of the seminal poster is as big as the artwork gets among our offerings. Designed by Wes Wilson, the psychedelic graphic artist whose work for the Fillmore is frankly legendary, this red, blue, black, and white wall hanging features all four familiar faces below a yin-yang image incorporating the Stars and Stripes and the Union Jack as if to acknowledge that by Aug. 29, 1966, the date of their last touring concert, The Beatles were as American as they were British. It’s all one, my friend.

The Beatles American Tour 1964 Ticket Collage
This 20-inch by 24-inch commemorative artwork positions a complete rundown of The Beatles very first tour of the United States just above a shot of John Lennon, Paul McCartney, George Harrison, and Ringo Starr in front of an American flag (without the least bit of irony) then flanks it all with images of the tickets that would have been part of that 20+ city experience at locales like San Francisco’s Cow Palace, the Hollywood Bowl, New York’s Forest Hills Tennis Stadium, and Dallas Memorial Coliseum to name a few.

The Beatles Blue Silhouette Abbey Road
Many of The Beatles album covers have become iconic: the candy-colored uniforms of Sgt. Pepper’s, the kooky animal outfits of Magical Mystery tour, the pen and ink portraits on Revolver. But the most iconic of all is probably the Fab Four on the crosswalk of Abbey Road. You’ve seen it endless times but maybe never quite like this: as a silhouette in blue and black or with the background wiped out in green (see above). Either option is a nice way to make the familiar feel fresh again.

PS. Check out our CultureSonar Shop for more Beatles Memorabilia.