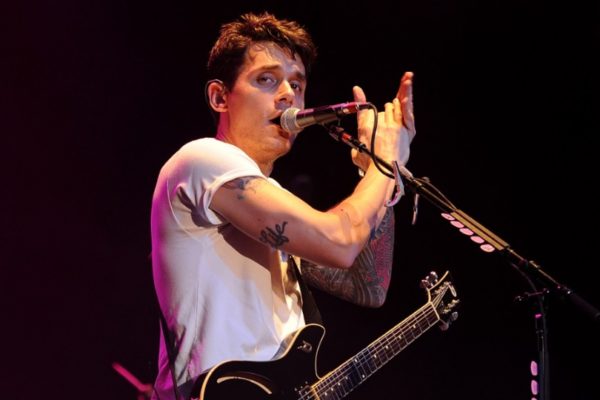 In the messy, time-honored tradition of fans vilifying their heroes and then cheering as they climb out of the abyss, John Mayer seems to be ascending the upward spiral towards redemption if the recent piece in The New York Times is any indication. While he clearly has not lost his capacity to navel-gaze, one hopes that he will make peace with his past absurdities and move onward. I was never a huge Mayer devotee; I am a hair (quite a few strands, actually) from his usual fan base. Still, I was aware of his genuine musicianship, broody stage presence and impressive game with the ladies.

[amazon template=right aligned image&asin=B06X3YJ88H]His tendency to be a blurter was occasionally annoying, but not out of line with the “artistic temperament.” But “the elephant in the room” that he references in the Times article, “…the double-headed dragon of the Rolling Stone interview and the Playboy interview,” are what ultimately made this mouthy superstar turn to mist around 2010. Womanizing is fine for a rock star, along with a certain degree of smarmy bad-assery, but when he made the ludicrous call of alluding to his genitals as “white supremacists” and referring to singer Jessica Simpson as “sexual napalm,” total disgust was the universal response. Fortunately, he was among the squirming. His well-spent time out of the limelight has probably not damaged his musical skills and, hopefully sets the stage for him to return to popularity, now mature and humble.

Owning up to his misdeeds is, of course, the right way to begin – any public relations team worth their proverbial salt would insist upon that. He takes it an impressive step further here by referring to his [judgment] “…GPS as shattered, just shattered,” which is clever, honest and wisely self-deprecating. He gets it, allowing his flawed humanity to shine and opening the door to forgiveness. The mea culpa seems sincere. If he can get off the hypothetical shrink’s couch and allow his next batch of music to stand on its own merits and speak for him, he is well on his way to rejoining his place in the pop music firmament as a stronger artist, with an appealing overlay of humility. This would be a fine resolution, as he is genuinely gifted.

A key part of his comeback seems to be his current connection with the surviving members of the venerated Grateful Dead (now calling themselves Dead & Company), with whom he has been performing for the past couple of years. This collaboration has everything going for it – the gravitas of the endorsement of these icons and Mayer’s touchingly boyish delight with this magical opportunity. He and The Dead founding member Bob Weir were guests on the talk show Watch What Happens Live last June and I tuned in, admittedly with a jaundiced eye for seeing how Mayer would conduct his bad self. He charmed me by coming across with wit, gratitude and winning chemistry with the cool-in-perpetuity Weir. And, best of all, displaying maestro musical chops when they whipped out their guitars to do an impromptu rendition of “Friend of the Devil.” For today, I stand corrected.