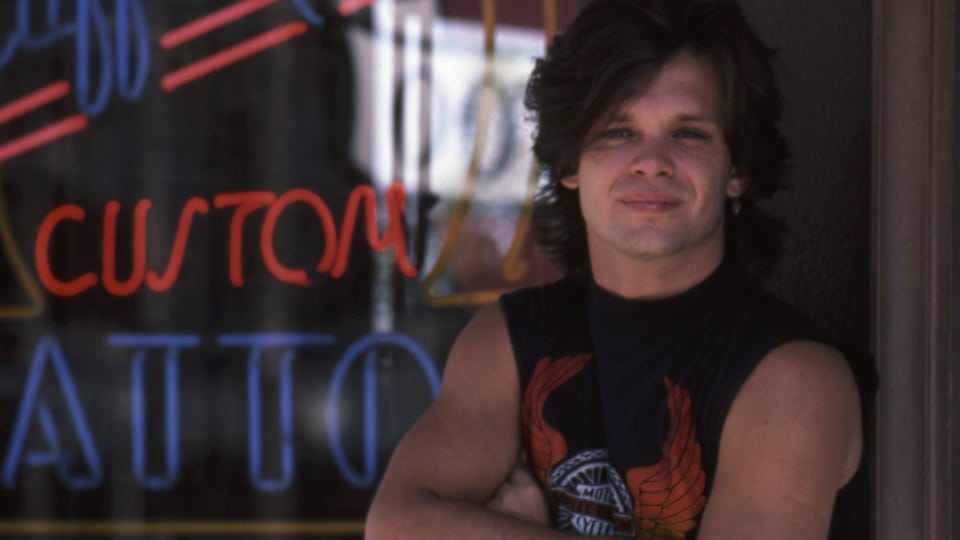 Growing up in rural Massachusetts my father was a welder, mechanic, and most of all a hard worker. His garage would often emit the sounds of frustration from his work and the music that helped mask the former. Half of the time the stereo would be set to the local classic rock station, and the other half would be from his personal CD collection.

The majority of his collection consisted of three musical discographies. The first was his premiere musical love above all else, Aerosmith – hometown heroes and rockstar extraordinaire.  Second was Bob Seger which I’m still convinced to this day was a vehicle to mellow his brazen exterior and channel his sentimental side. And lastly, there was John Mellencamp.

Mellencamp was undoubtedly a champion of Americana in the 1980s. At a time dominated by synthesizers and excess, there was Mellencamp smoking cigarettes in ripped denim and swinging an acoustic guitar bigger than his torso. The Indiana rocker carried a torch for middle America into the MTV age with lyrics and stories pertaining to life in small-town U.S.A. While many were trying to break artistic boundaries in the new medium of video, Mellencamp showed humble images of his small hometown and the idiosyncracies he sang about.

His 1982 breakthrough hit “Jack and Diane” helped make Mellencamp a household name – but not by the name those close to him knew him by. Regardless of being born John J. Mellencamp, the singer-songwriter struggled to establish an identity, which became one of rock’s most infamous tugs-of-war. Mellencamp was finally allowed to put his real last name on the record when he did the highly anticipated follow-up to his breakthrough hit under the proper title of “John Cougar Mellencamp.”

Mellencamp may have been willing to reluctantly compromise on his name early on, but he was never willing to compromise his music and ideals. 1983’s Uh-Huh was as gritty, homeland, and humble as pop music could get in the rise of the “greed decade.” Tracks like “Crumblin Down” and “Authority Song” became instant hits and remain radio staples to this day. But throughout its offerings, one track really challenged the boundaries of a typical 80’s rock song.

“Pink Houses” took on an extremely large idea and found a way to embody America in a three-verse pop song. On the surface, its chorus laden with claps and innately nationalistic lyrics can come off as self-indulgent, but the song delves much deeper. “This one has been misconstrued over the years because of the chorus – it sounds very rah-rah. But it’s really an anti-American song. The American dream had pretty much proven itself as not working anymore.” Mellencamp told Rolling Stone in 2013. The song’s inspiration came about when Mellencamp saw a striking image so simple yet profound that, to him, was a take on modern America at the time.

“I was driving through Indianapolis on Interstate 65 and I saw a black man holding either a cat or a dog. He was sitting on his front lawn in front of a pink house in one of those shitty, cheap lawn chairs. I thought, ‘Wow, is this what life can lead to? Watching the fuckin’ cars go by on the interstate?’”  And thus “Pink Houses”‘ first verse was born.

Well there’s a black man with a black cat livin’ in a black neighborhood
He’s got an interstate runnin’ through his front yard, you know he thinks he’s got it so good
And there’s a woman in the kitchen cleanin’ up the evenin’ slop
And he looks at her and says, hey darlin’ “I can remember when you could stop a clock”

Its purpose was to depict an American “slice of life” and how there’s a bit of good and bad in both. The second verse continues onto another character who traded ambition for modesty – rolling on the theme of Mellencamp’s previously mentioned “failure of the American Dream.”

Well, there’s a young man in a t-shirt listenin’ to a rock n roll station
He’s got his greasy hair, greasy smile, he says “Lord this must be my destination”
‘Cause they told me when I was younger, they said “Boy, you’re gonna be president”
But just like everything else those old crazy dreams just kinda came and went

The final verse takes a kind of generalized theme – much to the contempt of Mellencamp. In a 2014 press conference, Mellencamp was quoted as saying, “Now when I hear that song, all I can think is: ‘Why didn’t I do a better job on the last verse?’ If I had written it today, the last verse would’ve had more meaning.”

Well, there’s people and more people, what do they know
Go to work in some highrise and vacation down at the Gulf of Mexico
And there’s winners and there’s losers, they ain’t no big deal
Cause the simple man, baby, pays the thrills, the bills, the pills that kill

As the years go by, I often think of “Pink Houses” and what that song represents. I think of the times I heard it as a child in my father’s garage, what he may have thought of the song, and how our views may differ. I think of the song’s origin and Mellencamp’s inspiration for the song.

Although Mellencamp described this song as “Anti-American,” it’s not mutually exclusive. Its “slice of life” storytelling gives insight into what makes our country great, our differences, and how we strive every day to make a more perfect union.

We all carry a different story and it’s important to remember that. “Pink Houses” takes an objective view of all of the many beliefs, changes, and truths we hold to be self-evident in three everlasting words: