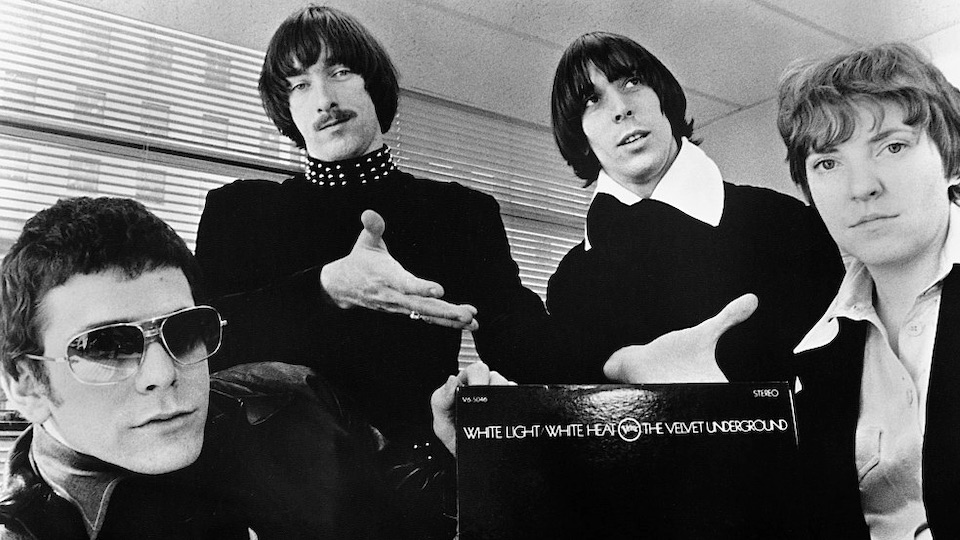 The Velvet Underground was never the most accessible of bands. They weren’t known for the unapologetically pop sound of The Beatles, or for the raw sexual gravitas of The Doors. Instead, they typified a moment in New York, demonstrating the city’s urgency. Their story is now beautifully committed to film by Todd Haynes in his new documentary, The Velvet Underground.

While success evaded them throughout their tenure, their influence was paramount and could be felt all over the map of seventies rock, from David Bowie’s androgyny to the barrelling guitar sound emitted by The Sex Pistols. Talking Heads frontman David Byrne considered them a revelation, and likely remembered them during the recording of Remain In Light.

Indeed, anyone who bought The Velvet Underground’s music likely had more success than they did. The bands (from U2 to Echo & The Bunnymen) did what they could to celebrate the New York four-piece, and by the time the band was inducted into the Rock and Roll Hall of Fame, their status as cult favorites was truly earned. When The Velvets turned up at the event, it wasn’t to celebrate their legacy, but to commemorate the passing of Sterling Morrison, the band’s bassist and most ardent member.

Guitarist Lou Reed died in 2013, but Haynes’ documentary collates interviews from surviving members John Cale and Maureen Tucker. The Welsh-born Cale was drawn to adventure, and it was Cale, not Reed, that frequently pushed the band to weirder horizons. But the outré could only serve the band so long, and by the time they recorded Loaded, the band had replaced atmosphere for a more angular form of energy. Unsurprisingly, Cale did not participate in the sessions, culminating in a work that was fiery, albeit lightweight, in resolve.

Thankfully, Haynes is here to focus on the “glory” years, whatever glory he can find in a band that delights in agony, or subjects listeners to protracted organ solos. At least the band lived up to their image, and their stagecraft mirrored an anger that was occurring all over America in the late sixties.

Framing the film like a New York-style gallery, the film embodies a more cerebral form to the traditional biopic, but that’s entirely in keeping with the band’s aesthetic and philosophy. Tucker finally gets the chance to demonstrate her drumming prowess, while Cale–lyrical and wistful–comes across as perhaps the most thoughtful member of the quartet. His viola performance on “Heroin” features prominently in the mix, echoing the dangers that walk the New York streets. His departure left a gaping hole in the band, but Tucker reminds us that the band was never a radio favorite, even with a broodingly handsome Welsh musician in their ranks.

Posterity has credited Reed with the success of the band, but this film helps demonstrate the importance of the many people who helped the band on the way. Andy Warhol mentored them, Allen Ginsberg saluted them, and Nico brought a strange fatality to their first record, especially the longing “Femme Fatale.” Yes, there was more to the band than Reed and his lyrics, but the soundtrack duly reflects his mellifluous voice whenever a song is played. In his own carefree way, Reed represented a New York way of life, pedaling his interests to the many people who walked the pathways of America’s greatest city. The same could be said about this film.

1 comment on ““The Velvet Underground”: Documenting A New York Story”