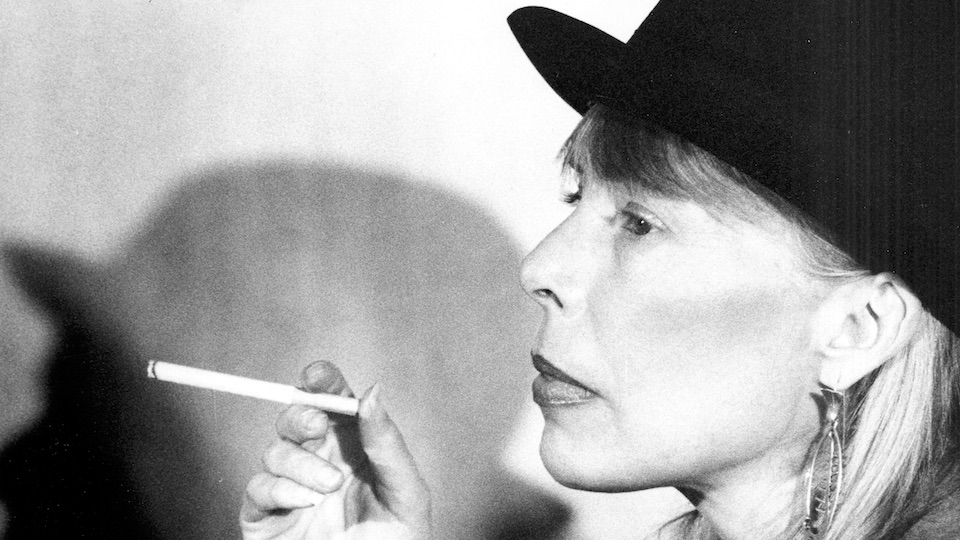 The summer I turned fourteen I spent a lot of time alone in my room listening to Joni Mitchell’s latest album, Ladies of the Canyon. My windowsill was just wide enough for me to sit on, legs stretched out in front of me. Looking out from my third-floor perch, I was comforted by the beauty of the sound washing over me. I contemplated her words while watching my neighbors move through the courtyard or exchange gossip on the benches.

Like Joni’s Song to a Seagull and Clouds, this album affirmed my sense that even mundane observations are laden with important meaning to a keen observer. Using a purple Flair pen, I filled notebooks with lines of words I called poems.

I listened to a lot of great music from my perch that summer: The long-awaited Let It Be by the newly disbanded Beatles; McCartney’s Beatlesque first solo album; Déjà Vu by Crosby, Stills, Nash, and Young, and Simon and Garfunkel’s Bridge Over Troubled Water. And there was the eponymous Elton John from that new British guy. James Taylor’s Sweet Baby James, released earlier in the year, was still in heavy rotation on my turntable. Its poster on my closet door made JT a presence in my room, his gaze always upon me.

I’d been immersed in pop music for seven years—since the Beatles’ arrival. Experiencing the pop music renaissance of the 1960s as a child and young teenager opened my ears to music. My radio diet went from AM to FM, with vastly expanded offerings and new flavors. Still, most of the music that nourished me—including the now classics I was enjoying on my window sill fifty years ago—was created and performed by men and reflected a male worldview.

Was I aware that the female perspective was mostly absent in the music I loved? I can’t say. The male voice was (and still is) the default, and defaults are invisible until they’re questioned. Second-wave feminism—“women’s lib”—was emerging, and I followed the cultural conversation about “women’s place.” I don’t know if I brought this new consciousness to my music or if I saw then what I can’t now unsee: Young people use pop music as “equipment for living;” each three or four minute story is laden with information about the social world. I absorbed what men think and want, and what men think women think and want. Authentic female thought and experience wasn’t part of the social reality this music defined.

Joni’s voice was an exceptional exception, an anomaly to which I paid close attention. Her attempts to understand her own heart and mind affirmed my own introspection. She told me it was okay to think deeply about everything, including relationships. Her narratives and vignettes offered a different take on the emerging ethos of the moment. She presented another side of the story, the side that would be mine. She spoke to me in a way that John, Paul, Bob, Donovan, etc., couldn’t. Immersing myself in Ladies of the Canyon now feels like returning to a source; a well I drew from often while becoming me.

The album reflects the time and place it was created yet holds up beautifully because it’s, well, beautiful. Her lyrics paint pictures that, along with her voice and the music, make it an immersive experience all the way through. We see the sunlight, the bus, and two people-watchers on a playful romp around Morgantown. Listening to “For Free,” built on one of those mundane but loaded observations, I was drawn in by the contrast between the glamor of her life as a musician and that of the anonymous street musician who caught her ear as she waited to cross the street. She celebrates his real good, free offering, lamenting how commerce blinds us to the beauty around us: “No one stopped to hear him, though he played so sweet and high; they knew he had never been on their tv so they passed his music by.” We see the corner and the zombie-like throng advancing as the light changed—and one slower person off to the side listening

The piano is sonic splendor, and her vocal, especially the last note before she transitions into the softer, almost spoken refrain, is breathtaking. Paul Horn’s brilliant clarinet solo at the end adds to the theatricality.

In the jazzy “Conversation,” a man she wants seeks her advice about a shitty relationship he can’t bring himself to end. She accepts that he sees her “when he pleases” while she sees him out and about with a woman who doesn’t appreciate him. She observes this woman with contempt: “She removes him like a ring, to wash her hands, she only brings him out to show her friends.” Exasperated and anguished, she wails, “I want to free him.” Later, expressing exasperation and anguish for both of them, she anticipates and mocks his dithering: “Why can’t I leave her?” The angry energy of the extended outro suggests this drama isn’t over.

The album’s title song is a tender portrait of three women—Trina, Annie, and Estrella—actual people in the community of artists, musicians, and seekers who converged in Laurel Canyon in the mid to late sixties. Reading about their lives, I learned they’re as interesting as the three I conjured while gazing out the window. Like the mid-boomers I interviewed for Beatleness, I was too young to be a “real hippie,” but old enough to have my imagination and identity tickled by the spectacle. I was intrigued by the free-thinking, creative lifestyle she described.

“Willy,” written about Graham Nash when he and Joni lived together in Laurel Canyon is, like the vast majority of Joni Mitchell songs up to this point, filled with deep yearning. There’s an achiness to them; love is doomed. Or is it? She muses that being open to love, despite its puzzlement and potential pain, is still better than shutting down: “But you know, it’s hard to tell when you’re in the spell if it’s wrong or if it’s real; but you’re bound to lose if you let the blues get you scared to feel.”

Though deeply in love with Nash, Mitchell couldn’t commit to the traditional relationship he wanted. She was haunted by memories of talented female forebears who regretfully gave up artistic aspirations for marriage; she wouldn’t be a “conquered moon.” The end of their relationship is foreshadowed in “Blue Boy.”

Related: “Crosby, Stills, Nash & Young In Their Own Words”

In “The Arrangement,” she taunts a male friend who opts for a shallow, consumption-oriented life, saying he “could have been more than a name on the door….more than a credit card, swimming pool in the back yard.” She also takes a dig at his conventional, complicit wife. “Rainy Night House” is a vivid movie about a romantic encounter, the male lead played not by Graham Nash, but by Leonard Cohen.

Inspired by a parking lot outside her hotel window in Hawaii, “Big Yellow Taxi” is one of Mitchell’s best-known songs. The upbeat, folky ditty was timely. The first Earth Day was held that spring, oil spills were becoming more frequent, and eight years after Rachel Carson sounded the alarm in Silent Spring people were waking up to the dangers of DDT.

Joni’s version of “Woodstock” created an entirely different feel from the already familiar CSNY version on Déjà Vu. Unlike her buddies to whom she gave the song, Mitchell wasn’t at Woodstock. She was scheduled to appear on the Dick Cavett Show the Monday after the festival—important national exposure at a critical moment in her career. Worried she might get stuck among the muddy multitudes and miss the opportunity, she was persuaded to cancel her Woodstock plans at the last minute. As it turned out, The Jefferson Airplane, David Crosby, and Steve Stills crashed her Cavett appearance. Joni performed a few songs, but the fawning host was more interested in barraging Mitchell’s friends with questions about the experience she missed in order to be there.

Joni’s “Woodstock” is a solemn cautionary tale, while CSNY’s version is an exuberant celebration, made especially exuberant by Neil Young’s guitar. Joni’s voice on the words “butterflies above our nation” may not get your soul free, but it touches it. The piano towards the end (4:12) rings out like church bells, and her final note (4:55) is both a cri de coeur and a clarion call to all of humanity to get our shit together.

“The Circle Game,” written as a hopeful response to Neil Young’s “Sugar Mountain,” has an engaging melody, thoughtful lyrics with universal themes, and a singalong chorus—no wonder it’s been covered close to three hundred times and has become a multi-generational favorite at graduations, bar mitzvahs, and other gatherings where people sing and reflect. The song is brilliant, but I’ve heard it so many times over the years I’m a bit inured to its charms. That said, it’s the perfect grand finale to Ladies of the Canyon.

I didn’t understand everything on this album fifty years ago, but it left powerful impressions. Life is a series of choices, different for women than for men. Choices should be well-thought-out and consistent with who are you—but you’ll have to figure that out first! Exercise your powers of observation. Dress up. Create. Fall in love. Care about the world.

It’s hard not to hear Ladies of the Canyon with my young teen ears, and it’s hard not to feel protective and grateful, watching myself nestled on the window sill, wistfully wondering who in the world I might be.

14 comments on “Joni Mitchell’s “Ladies of the Canyon” At 50: A Different Voice”