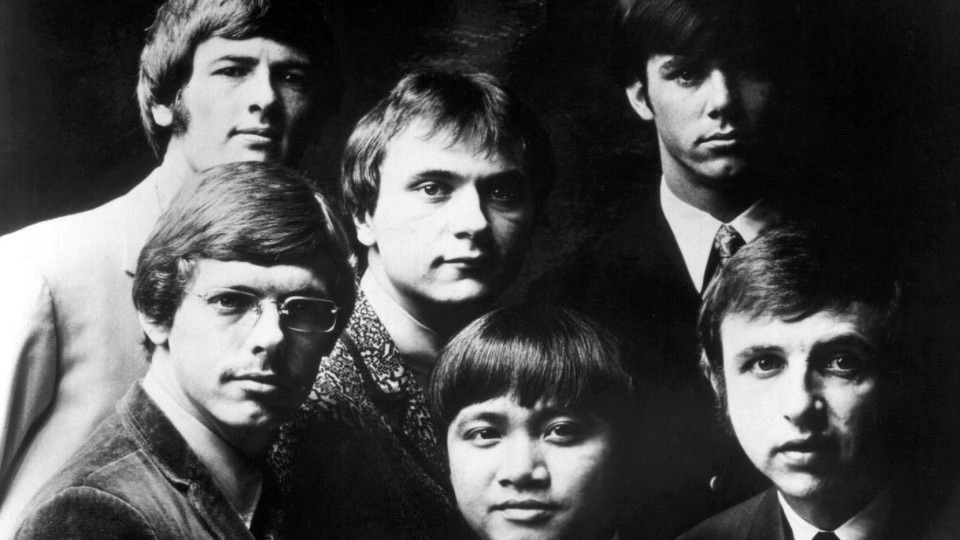 The Association created some of the most enduring songs in pop music history. Their 1966 debut, And Then…Along Comes The Association spawned a pair of hit singles, “Along Comes Mary” and “Cherish,” and the album reached Number Five on the charts. It was the beginning of a successful run that included more hits, such as “Windy” and “Never My Love.” The band’s intricate arrangements and six-part harmonies wowed audiences, and the group gained a reputation for providing terrific live performances. The Association was the first band to take the stage at the now-iconic Monterey Pop festival in 1967. Russ Giguere, a founding member of the group, recently published his autobiography (co-written with Ashley Wren Collins) entitled Along Comes The Association: Beyond Folk Rock and Three-Piece Suits. He recently spent some time talking with me about the book, and his time with the band.

Q: Along Comes The Association is a very enjoyable read for fans of 1960s and 1970s rock, pop, and folk music. It’s filled with wonderful stories of the band, and the many other musicians from that time period who you encountered on your journey, including The Who, Janis Ian, The Move, and Jimi Hendrix. How did the book come about?

A: Well, I actually started working on it just before 9/11. I started writing down some of the stories about the band, and I probably had put together about 60 pages or so. Then 9/11 happened, and there were some other things going on for me personally, so I put it aside. Later on, I decided to go back to it, and I worked with a literary agent, who put me in touch with Ashley, my co-author. She was in New York, and I was in LA. We collaborated on the book; she really helped me with giving it some historical context.

Q: The book is very positive, and it’s refreshingly free of the darkness and cynicism that informs a lot of rock and roll memoirs. It’s very conversational in tone. It feels like the reader is sitting down to have a chat with you about your life and experiences. Was that intentional?

A: Cool. I hadn’t thought of it that way. I just realized that all of these stories that I had would make a good book. In fact, another book about the group came out just before ours, and for me, it looked like just a bunch of lists about where we played and who was in the group. It didn’t have any real inside stories or information about the band, because the guy who wrote it wasn’t there. I was there, so our book mostly contains stories about the guys in the band and the things we did back then.

Q: The Association had a unique musical style, with those amazing six-part harmonies and intricate arrangements for the songs. You didn’t sound like any of your contemporaries. Did that make it difficult for reviewers to write about, or get a fix on, your music?

A: The Association never sounded like, or patterned ourselves after, anyone else. We did our arrangements based on what we felt the song required, not the group’s individual needs. Our sound really did make it hard for some people to write about us because we didn’t really fit into one category. What I didn’t like was when people called us “bubblegum” or lightweight music. We weren’t bubblegum. “Requiem For The Masses” and “Along Comes Mary” aren’t bubblegum. “Everything That Touches You” isn’t bubblegum. Those are good songs and good art.

Q: The Association was the first band to take the stage at the Monterey Pop Festival. What was that experience like?

A: It was great fun for us. We opened the show and then stayed all three days to watch the rest of the festival. I met Jimi Hendrix the first day. I didn’t even know who he was at the time! We were just making small talk while we were both getting something to eat in the food line. Then I got to watch him perform from down in the orchestra pit, and he was just magnificent. Ravi Shankar was amazing. I knew him from my beatnik days. I loved that he was there. His performance was exquisite.

Related: “Henry Gross: ‘I was drinking all morning…with Hendrix'”

Q: In the book, you write about your friendships with some legendary artists, including Linda Ronstadt, Glenn Frey, and Danny Hutton of Three Dog Night. You very eloquently describe your close friendship with singer-songwriter Judee Sill, an under-appreciated performer, who wrote some memorable songs, including “Jesus Was A Cross Maker.” You helped get her signed by David Geffen, didn’t you?

A: Judee was dating Jules Alexander from the band. I came home one day and he was singing this amazing song, “My Man On Love.” I said, “Jules, did you write that?” He said, “No, Judee did.” I loved her music and wanted to help get it out there. I knew David Geffen, and I called him and told him “you have to hear this girl Judee Sill.” He came out to the Troubadour to see her, and was blown away by her talent. David immediately signed her to his label. Judee and I became great friends. She actually wrote a song for me, “The Vigilante,” which I didn’t find out about until after she passed away. There was a guy writing a biography about her, and he found it in her diaries. She was a unique and wonderful talent, and one of the funniest people I ever met. I still miss her.

Q: Were there any other artists that were active during the time you were performing that really impressed you?

A: When I first saw Buffalo Springfield, they’d been together about a week and they were incredible. The Modern Folk Quartet was one of the best groups on the planet. When they first played the Troubadour, they nailed it. They just blew the audience away. While we were on the road, we got to play some shows with The Kingston Trio, and they were great as well.

Q: Are there any albums or songs from The Association’s catalog that are particular favorites for you?

A: I like the first album, And Then…Along Comes The Association and our third album, Insight Out. I really like The Association, our fifth album, even though there were no big hits off of it. John Boylan produced it, and it was a great record and a lot of fun to do. I thought there was a lot of good music on that one. I think “Everything That Touches You” is a great song, “Along Comes Mary” is one of the most unique things we ever did.

Q: In Along Comes The Association, you speak with great affection for your band-mates, and performing with them as a member of The Association. What do you feel is the legacy of your time with the group?

A: We sang well and we all loved what we were doing. What really held us together is that everyone in the band had a work ethic. You either have that, or you don’t, and we all did. There was a rule in the group “No whining!” We worked hard to give our audiences great shows. The band performed at a lot of venues, and we played in every state in the union. We recorded some really good songs, and had a great time doing it.

Along Comes The Association: Beyond Folk Rock and Three-Piece Suits is now available from Rare Bird Press.

4 comments on “Along Comes The Association”