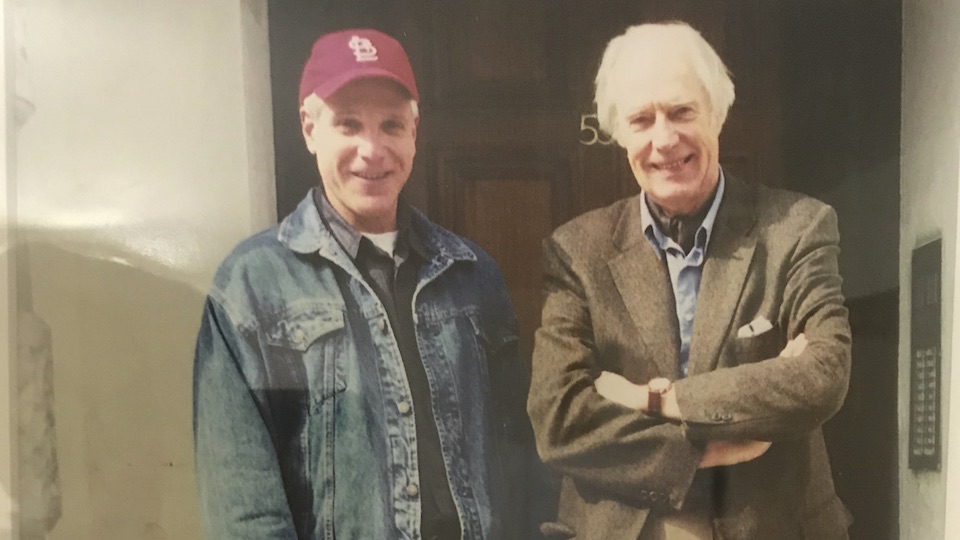 Editor’s Note: We recently heard from one of our readers who’s had more than one run-in with various players in the Beatle orbit. He shared some of those magical encounters.

When Phil Collins, a lifelong Beatles fan, finally met Paul McCartney in 2002, his faith was shattered.

The former Genesis member felt belittled when he asked McCartney to sign a first-edition Hunter Davies biography and McCartney told then-wife Heather Mills that “our little Phil’s a bit of a Beatles fan.”

Related: “With The Beatles, From the Beginning”

Collins sensed a god-like superiority from McCartney, but the encounter underscores the difficulty of having semi-normal interactions with the people we turn into idols. Even though Collins was by then an established musician in his own right, he still put McCartney in the role of hero by asking for that autograph.

Another lifelong Beatles fan, one who is more like the rest of us, had luckier encounters with his musical heroes.

Neil Davis, a first-generation Beatles fan, scored a coveted backstage pass when Ringo Starr and his All-Starr Band played Fair St. Louis in the summer of 1995.

Standing still with his back against the wall, Davis followed the instructions given to him. He silently watched as Billy Preston, John Entwistle (formerly of the Who), and finally, Starr, accompanied by wife Barbara Bach, coolly and casually arrived. They soon began lining up for a buffet that was waiting for them.

Imagine observing a feast at Mt. Olympus—and then being invited to join it.

“Hey, if you’re hungry want to get a tray of food and join us?”

That generous offer came from none other than keys virtuoso Preston and is not surprising given the kindness he was known for showing everyday folks.

But Davis was “dumbfounded and shocked at [Preston’s] offer.”

“Although there was no way I could eat because I was so surprised,” Davis explains, “I picked up a tray, put some food on it, and walked over and sat down at the table next to Starr, Preston, and Entwistle.”

This magical encounter was hard for Davis to take in.

Davis, it turns out, would eventually teach a class course on the Beatles at Washington University’s Osher Lifelong Learning Institute.

Lightning doesn’t always strike twice—but it did for Davis, who had a chance encounter with another major player in the Beatles’ story five years later.

Related: “George Martin and ‘I Am the Walrus'”

In 2000, Davis spotted George Martin leaving his residence in London, but this time he didn’t hang back.

Davis and his family approached Martin, who was impressed that Davis’s daughter, a 20-year-old university student studying abroad, knew all about his role as producer in the Beatles’ story.

For about 20 minutes, Davis and his family were treated to what many Beatles fans can now only wish for, conversing with the man who observed so much Beatle music-magic—and was instrumental in shaping it, too.

And, as luck would have it, Davis’s wife had brought along her camera, so there is a photograph to remember this encounter. Once home, Davis mailed the picture to Martin, well-known for his gentlemanly and gracious manner, who then autographed the picture and sent it back to Davis.

These encounters inspire Davis to this day.

“Too many times,” Davis concludes, “people find out that their heroes turn out to be unfriendly or jerks. Not in these cases.”

Photo of Neil Davis and Sir George Martin, courtesy of the author

3 comments on “Meet the Beatles: One Fan’s Lucky Encounter(s)”