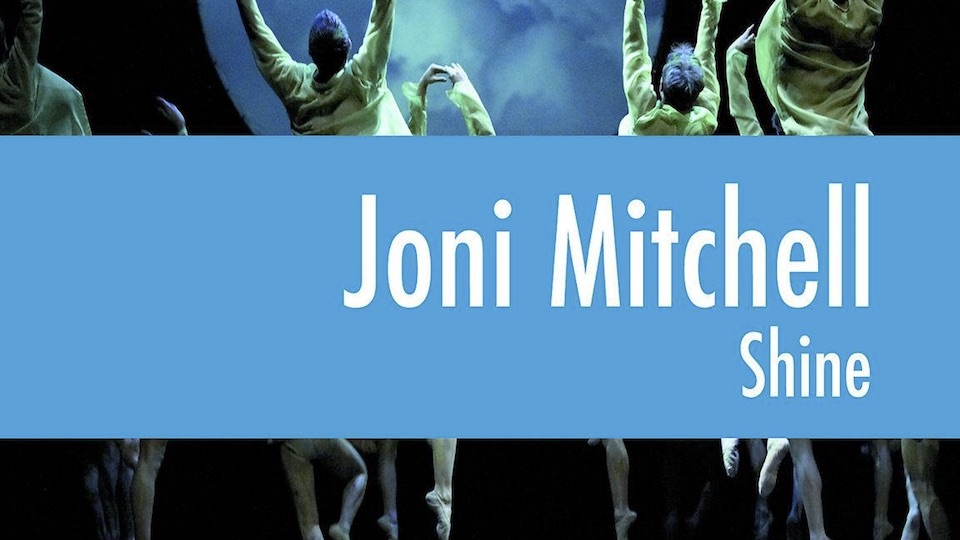 Joni Mitchell belongs to an elite class of recording artists: with a legendary discography stretching back to the late 60s packed with groundbreaking, seminal works, it’s nearly impossible to evaluate any “new” release without inevitably comparing it to its storied predecessors. But 2007’s Shine, her first album of new material since 1998’s Taming The Tiger, is a rich song cycle of such depth and definite purpose that it easily stands on its own next to any of her classic LPs. The album was both a critical and commercial success, debuting at #14 (her highest-charting album since 1976’s Hejira) and winning the 2008 Grammy Award for Best Instrumental Pop Performance (for the opening track ”One Week Last Summer”). Craft Recordings has lovingly reissued Shine on 180-gram vinyl, and it’s the perfect way to experience Joni’s 19th studio album.

Shine was immediately preceded by a pair of albums containing orchestral re-imaginings of classic American standards and her own songs: Both Sides Now (2000) and Travelogue (2002). After a period of semi-retirement where she focused on painting, Shine was a welcome surprise. With lyrics inspired by the Iraq war and other political and environmental issues, and punctuated by synthesized orchestrations by Joni herself (more on this in a moment), it sounds simultaneously like nothing you’ve ever heard and everything you’d want or expect from this enigmatic artist and her supernatural muse.

The “orchestral” passages on Shine are a stunning showcase for Joni’s gifts as an orchestrator and composer. It’s obvious to the discriminating ear that these are “virtual” strings, woodwinds, brass, etc., giving some of the tracks the raw and intimate quality of very sophisticated home demos. But Joni’s moody and mysterious MIDI instruments are no less evocative of her own musical character, and I submit that using a live orchestra on these tracks would not have achieved the same effect. The orchestrations are sparse, with huge gaps in the parts as sounds appear and disappear only as needed, and stellar guest performances from longtime collaborators such as bassist Larry Klein, legendary saxist Wayne Shorter, and drummer Brian Blade give these tracks another full layer of depth and sophistication.

The album opens with the aforementioned ”One Week Last Summer,” a moody and spacious instrumental reminiscent of “Paprika Plains” from Don Juan’s Reckless Daughter (1977) that features Bob Sheppard’s sensuous soprano sax. (The inside cover of the LP mischievously features lyrics to the song, despite the absence of a vocal!) Opening Shine with this evocative tone poem sets the stage for the dramatic entrance of Joni’s guitar and voice on the second track, “This Place.” She reels you in slowly, before knocking you out with powerful commentary on the state of the world (“Money makes the trees come down” she sings, summing it all up).

Throughout Shine her free-flowing poetry and melodies, always anchored by compelling harmonic structures, are augmented by a variety of sonic textures: loops, electronic beats, and samples, as well as sympathetic live performances. But Joni Mitchell is a storyteller first and foremost, and any sonic textures are deployed strictly in service to her deep narratives. After a handful of slick-sounding productions in the 80s and 90s, Shine sees Joni returning to more of the warmth, subtlety, and space of her earlier, earthier works.

The cover art features no photos of Joni herself; instead, we are treated to a series of breathtaking pictures of the Alberta Ballet’s production of ”The Fiddle and the Drum,” choreographed by Jean Grand-Maître to Joni’s music in February of 2007. Craft Recordings’ vinyl reissue package presents all of this sonic and visual information in the perfect package: the stunning photos appear in a huge gatefold sleeve, and the music sounds gorgeous on vinyl. As a physical media snob, I’ve come to appreciate the substantial heft of 180-gram discs as the ultimate antithesis of weightless, formless streams and sonically compromised mp3s. Craft’s reissue of Shine is the ideal format to experience this stunning work from one of the most celebrated artists of the 20th century.