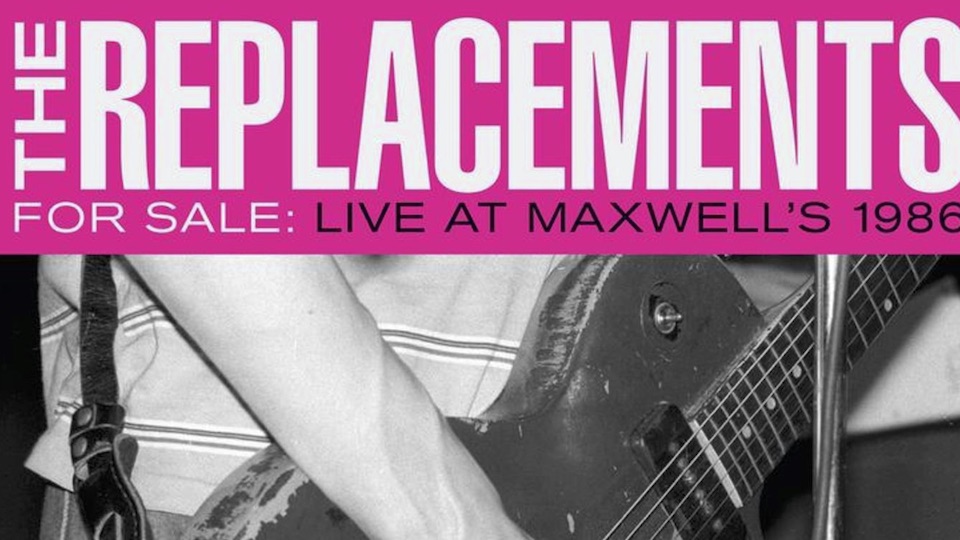 Editor’s Note: Marc Fagel is a passionate student of the albums that just didn’t get enough love, those that never (or barely) made it onto the charts. CultureSonar is excited to share Marc’s posts with our equally-passionate readers. In this post, he covers great live albums, some of which are already famous — some of which lurk under the radar. Check out his site, and look for his book, Jittery White Guy Music.

With pandemic life at a standstill, pretty much every touring act across the globe has been forced to cancel their performances for the foreseeable future.  (I don’t see nearly as many shows as I did in my youth, but had tickets for both Wilco and Drive-By Truckers this past week — two of the few bands I’ll still catch whenever they’re in town.)  Which totally sucks for the artists, who in a post-CD age are largely dependent on touring (and related merchandise sales) for survival — so please go buy their albums, buy their merchandise, join their streamed simulcasts, etc.!!!

Related: “Live Music In the Age of COVID-19”

Meanwhile, most of us live music fans will need to be content with spinning some live albums at home.  So, as a courtesy, here are a few personal favorites.

Now, what exactly constitutes a “live album” these days is up for grabs.  Back in the vinyl era, the live album was the obligatory two-disc set that most artists needed to release at some point to fulfill their contracts.  But sometime around the mid-90s, the number of (official) live releases began to dramatically expand.  Some artists (the Grateful Dead, King Crimson) started to open up the archives and make a lot of their previously-recorded shows available to fans.  This exploded in the internet age as numerous artists began selling downloads of ongoing tours from the moment the show ended, as well as expanding the availability of archival releases — first the jam bands like the Dead and Phish, later everyone from Springsteen to the Who, the Pixies to Peter Gabriel.  (Though I still wonder why more don’t do it, as you’d think the costs would be relatively low.)

And that’s to say nothing of the expanded availability of “unofficial” recordings in recent years; rather than haunting some independent record store hoping to stumble across an overpriced and poorly-recorded bootleg LP, now you can torrent/download an infinite number of live recordings.

With so much live music out there, it thus becomes difficult to define the scope of “live albums.”  For present purposes, I’ll stick largely to official releases that are generally considered part of the artist’s core discography.

The Who: Live at Leeds

Sure, it’s kind of a cliche to call Live at Leeds the greatest live album of all time.  But why not?  For those of us who grew up marveling at the band’s studio accomplishments, hearing the live ferocity of Leeds for the first time was a revelation.  When people think “power trio,” they tend to think Cream or the Jimi Hendrix Experience; but what Townshend/Entwistle/Moon did on stage at their prime laid everyone else to waste.  Throw in Daltrey’s vocals, still reaching their peak, and this is just monumental.  The original vinyl version (recorded at a 1970 show and released later that year) had a few shorter tracks, with side two dominated by extended jam-filled takes on “Magic Bus” and “My Generation,” the latter simply stunning.  Later CD versions added more music from the show (including a double-CD deluxe edition which included the entire live performance of Tommy, foolishly omitted from the original LP).

Incidentally, this probably isn’t even the live Who album that I enjoy most; I love the earlier 1968 Fillmore East show that had circulated on bootlegs and finally got an official release a couple of years ago, as well as the 1971 Young Vic show where the band previewed new material from the abandoned Lifehouse concept album (available as a bonus disc on the Who’s Next deluxe edition).

The Replacements: For Sale (Live at Maxwell’s 1986)

Seeing the Replacements live was always a crapshoot.  I saw them for the first time in ’86 when the band got completely shitfaced, the show a blur of flubbed notes and half-assed covers.  It was insanely fun, but not necessarily something you’d want to relive at home.  And I saw them again in ’91, shortly before they broke up, a polished, professional show — again, fantastic, but this time lacking some of the anarchy that energized the band.  This disc — previously available as a bootleg, finally liberated by the band a few years ago with fantastic sound — falls between those two extremes.  The band is totally on, nailing most the songs, but they’re also gleefully rickety at times, as if they may just go off the rails…but don’t.  In other words, it’s surprisingly loose and devastatingly tight, and that will make sense if you listen to it.  Loud.  I mean seriously, this thing is designed to piss off the neighbors.

I’ve written about this one previously.  Between 1972 and 1973, the Stones truly were the best live band on the planet, and this show — a bootleg that the band briefly released officially before apparently withdrawing — is convincing proof.  Mick Taylor’s slide guitar elevates the band to a whole new level, one which, alas, they’d never quite recapture after he left.

Yeah, Stop Making Sense gets all the love.  And sure, that was an incredible concert/film/soundtrack.  But I prefer their earlier double-LP live release, which combines partial shows from 1977-1981 (in chronological order).  You can hear how they were a tight, captivating live band right from the start, and trace their evolution from the stripped-down sound of their earlier albums/shows through their steady build-up in musical sophistication.  The 80/81-era shows are particularly amazing, complex and rich but still sounding a little more like a real band than the showy performance artists they were in Sense.  The CD reissue added a lot more music, making it even better than the already-essential vinyl version.

Grateful Dead: One From The Vault

I assume most people would go with Live/Dead, the definitive document of the Grateful Dead’s late-60s psychedelic heyday (later rendered somewhat moot by the outstanding 1969 Fillmore West box set (which included the entirety of the shows from which Live/Dead was culled).  And, yeah, I probably prefer that era myself.  BUT this 1975 show was the one that finally hooked me on a band from which I had instinctively recoiled before I fell in love with them. The show was performed while the band was on a sabbatical; but they made a rare 1975 appearance in San Francisco to preview the songs from their new Blues for Allah LP, along with other perennial favorites. In contrast to the earlier psychedelic years, the show saw the band in a jazzier mode, picking up where they’d left in some of their epic 1973-1974 shows but a bit more streamlined.  It’s a great show (I’m a big fan of the Allah album, with the exception of the grating title suite which drags down the album, and which I tend to skip over here).  I first heard the show back in college, on a hissy cassette a friend lent me, taped off the radio and duplicated countless times; it ended up being the first show released when the Dead started opening their massive live archives, and I was delighted to hear it in a much more pristine production.

If you’re not a Dead fan, who knows; maybe this’ll make a believer of you as well.

14 comments on “Uncharted: 5 of the Best Live Albums Ever”