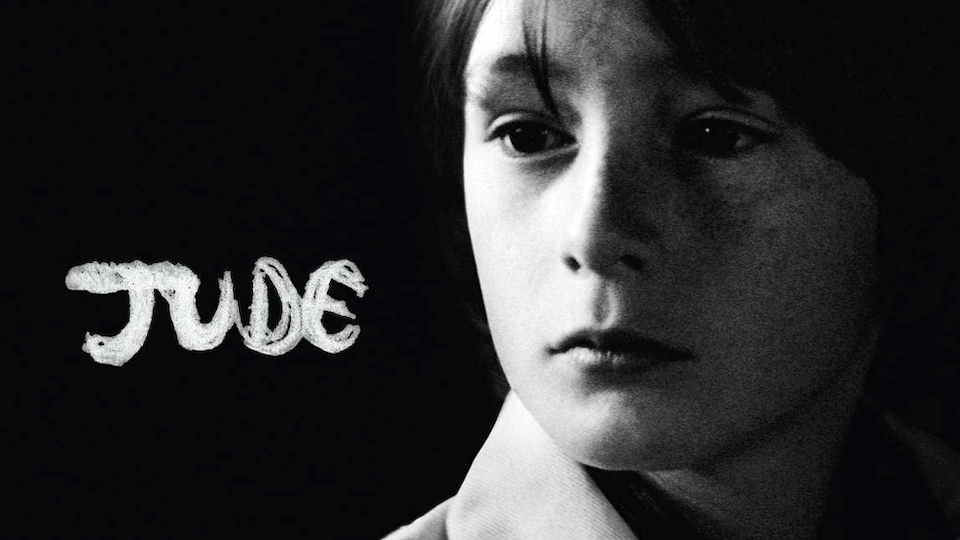 Following in the footsteps of his father, Julian Lennon spent much of the 1980s burdened by the shadows of the 1960s, putting him in a difficult position to enjoy the success he played a significant part in forming. “Valotte” and “Too Late For Goodbyes” were charming, albeit derivative, pieces, that put the young composer on the map, although his vocal and physical resemblance to the Beatle was one every journalist was all too happy to point out.

It’s been a tightrope that has cornered the songwriter in a way that has eluded Paul McCartney (despite the excellent track that was foolishly discarded from Press to Play), but to Lennon’s credit, he embraced the creative medium with a degree of sonic ingenuity and originality, before returning to the childhood that has lived on in the hearts of The Beatle fans who ached for another jaunt down memory lane.

And now he’s unveiled Jude, the name of the song Lennon reportedly inspired. No, he doesn’t sing “Hey Jude,” but there’s no shortage of Beatlesque flourishes. His father’s presence is strong on “Save Me,” a jaunty piano piece that exhibits the artist’s understanding of the technological advances the 1960s spearheaded.

“Lucky Ones” furthers the narrative to demonstrate a singer grateful for the opportunities his life has presented him. In a sea of drums, bass and reverb comes the voice of a fearful, fragile singer searching for redemption in the world around him.

“Not One Night” comes out as the most immediate and angular of the efforts, which is fitting, because it’s also one of the longer pieces, fitting the atmosphere on the album. Nostalgia seeps into the work, something the artist was both happy to embrace and engage in. The album’s cover photo in question is actually by May Pang, who captured the Beatle son at a revolutionary point in his life, embracing both the darkness and the whimsy of his life.

These emotions bolster and carry the album, purposefully offering his feelings on the world around him. The perspectives that formed the adult inform the music, which is both autobiographical in scope and feeling, exhibiting a sense of change, character, and purpose. If your taste in Beatles was more Help! than Sgt. Pepper, you’ll likely find this a very pleasant album to listen to.

Jude arrives at a convenient juncture, as the surviving Beatles enjoy their twilight years, and the fans regale in the nonsense that made up the Get Back sessions. But this is no mere publicity stunt, and Lennon demonstrates a fondness for melody that’s arguably more mature than his pop vignettes from long ago.

And amidst the soul searching, Lennon pounces with “Breathe,” perhaps his most vulnerable and fragile vocal yet. Capturing the essence of the moment, Lennon lets out a vocal that casts off the shackles of his father’s heritage, becoming his own animal, one that was possibly more sensitive than his father at his most tender. It’s a deeply emotive vocal on a work that emanated from the depth of his soul to become something more wholesome and engaging. He’s earned the badge and then some with this album.

“Many of these songs have been in the works for several years, so it almost feels like a coming-of-age album,” Lennon revealed. “With great respect for the overwhelming significance of the song written for me, the title ‘JUDE’ conveys the very real journey of my life that these tracks represent.” Clearly, he hasn’t made it bad, but made his life better.