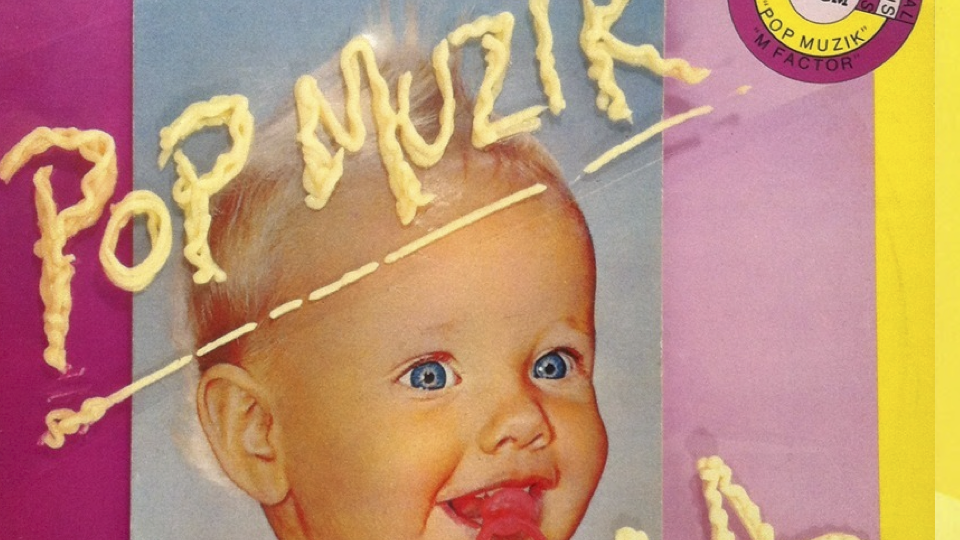 There are some one-hit wonders that get stuck in your head for a little while, and there are others that really get their groove-laden hooks into you. Such is the case with “Pop Muzik” by M, an irresistible mix of disco, New Wave, and synth-pop which topped the charts in 1979. M was the brainchild of Robin Scott, a British singer, songwriter, and producer who attended Croydon Art College in the late 1960s, where his classmates included Malcolm McLaren, later the manager of The Sex Pistols and the New York Dolls.

Scott started out as a folk singer, performing in clubs in the UK, and even released an album in that genre in 1969, Woman From The Warm Grass. He spent some time playing live gigs as a folk singer and crossed paths with artists like John Martyn and David Bowie.

Scott worked regularly as a performer, writer, and producer in a variety of genres throughout the ensuing years, including R&B, rock, electronic music, and punk. He co-founded the label Do-It Records, which released the first album by Adam and The Ants. His first single as M, “Moderne Man,” didn’t make much of a splash, but he continued working on new music. Scott initially tried recording “Pop Muzik” as both an R&B and funk track before coming up with the final version. Working with a group of top-notch players, he crafted an appealing synthesis of disco, pop, and New Wave. Musicians who were part of M included drummer Phil Gould and keyboardist Wally Badarou, both of whom were later involved with the band Level 42, and Scott’s wife Brigit Novik, who provided backing vocals.

The song’s danceable beat, slinky, electro-pop style, and quirky, offbeat lyrics (which were kind of rapped-sung by Scott) combined to make it a significant chart hit in 1979, reaching number one in both the US and Canada and number 2 in the UK. There was also a video produced for “Pop Muzik,” which featured Scott as a DJ performing the tune, along with his wife Brigit, as well as two female backup singers dancing around in the background. When MTV first burst upon the scene in the early 1980s, the video was often featured in the music channel’s rotation during its early days. The clip was directed by Brian Grant, who later went on to helm music videos for Duran Duran, The Fixx, and Human League.

Scott’s considered something of a pioneer in some circles because of the way he combined styles to create M’s distinctive sound, He’s continued to branch out into new musical directions, and has collaborated with artists like Adrian Belew, Thomas Dolby, Ryuichi Sakamoto, and Andy Gill of Gang of Four on various projects. But Robin Scott will probably always be remembered for “Pop Muzik,” his compelling, hypnotic musical mash-up, which rallied people to the dance floor back in 1979 and can still get you to “boogie with a suitcase” and “forget about the rat race” to this very day.