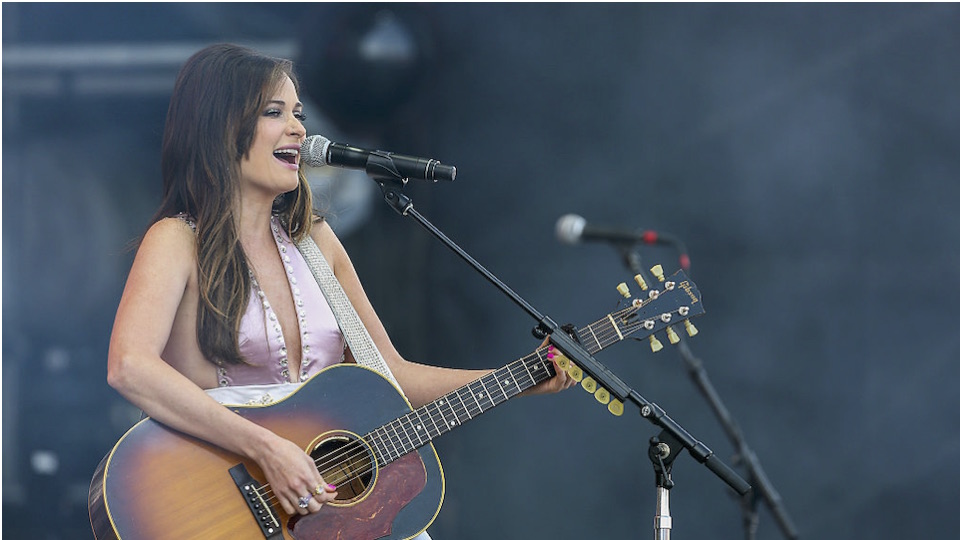 Yeah, yeah, okay. You keep hearing that country music has some of the smartest songwriters and best musicians around. And yet you turn on country radio and it all sounds like the same guitar licks and the same lyrics about pickups and girls in short shorts dancing on the tailgate of said pickup. How can country be so hip, you think, if you turn on the radio and it sounds like that? And in the last several years, you’d certainly be right. But the problem isn’t country music. It’s country radio. The good stuff is out there, and isn’t hard to find. You could do a lot worse than starting with Kacey Musgraves. The very title of her major-label debut, Same Trailer, Different Park, tells you a few things: she’s different, she’s whip-smart, and she both embraces and questions the whole country ethos.

Critics get it: she won the Best Country Album for Same Trailer, Different Park and the Best Country Song Grammy for “Merry Go Round” from that album. Even the more conservative CMA (Country Music Association) awarded her New Artist of the Year in 2013 and gave her Song of the Year honors for Follow Your Arrow the following year. Nashville itself was gushing that perhaps Kacey could save country music from itself – meaning, from the hegemony of “bro country” with all its aforementioned pickups and tailgate-dancing girls.

2015 brought her second major-label album, the equally brilliant Pageant Material, which reached number one on the Country album charts. Yet if the fans and critics were on board, and Music Row itself was hoping she could help usher in a more creative climate, too many tightly restricted country radio stations remain resistant. And no wonder. Some of Kacey’s characters – very much including her “I” character – smoke weed, are gay-friendly, and question the religion they were brought up to believe. Leading the more conservative stations in a conservative format to utter a collective “Yikes.”

None of this need matter to you, though. Check out Kacey’s music and you may say to yourself “So this is what those people talking about ‘Nashville smarts’ are talking about…” And some of you blue staters just might be surprised what a sizable number of red staters are thinking and feeling. As Kacey put it herself, “The things I’m singing about are not controversial to me, I don’t push buttons to push buttons. I talk about things that have made an impression on me that a lot of people everywhere are going through.”