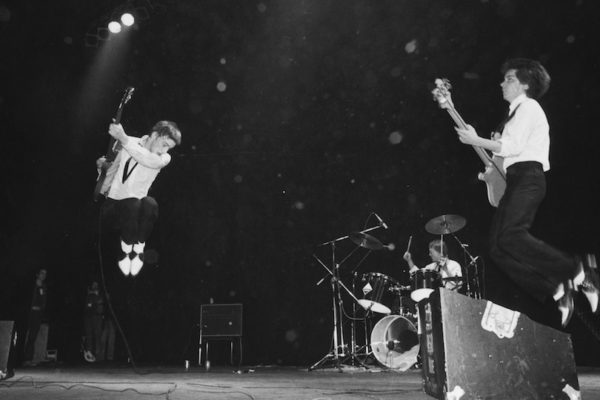 If you put Motown, Stax, The Sex Pistols, The Clash, The Beatles and The Who in a blender, you’d very likely end up with The Jam.  Though they’ve been broken up for over 30 years, Bob Smeaton’s new documentary, The Jam: About The Young Idea, makes a strong case for the band’s place in rock history. They were punks who could actually play their instruments; agitators who dressed well; pop craftsmen with a ragged edge. Plus, they’ve influenced generations of bands that followed, from The Smiths to Oasis and beyond. Though the band basically stiffed in the US (opening for Blue Öyster Cult was an epic mismatch), it was massive in its native UK, with a whole bunch of Top Ten singles from 1977 through its 1982 breakup.

The trio was driven by frontman Paul Weller, whose restless muse took the group on a journey from the early, punkish hits like “In The City” to the “Taxman” inspired hookery of “Start” to the sophisticated moodiness of “The Bitterest Pill.” The manic-but-tight rhythm section of drummer Rick Buckler and bassist Bruce Foxton added serious intensity, especially live. (“A Town Called Malice” will definitely display their influences.)

The band’s arc is achingly familiar: pals from school start a band, find their voice, catch a few breaks, get signed, get huge, get weird and flame out. Weller, in particular, fits the role of the Artist – with all the attendant commitment and prickliness. In keeping with the band’s style, director Bob Smeaton keeps things perking along briskly, weaving interviews with the band, its rabid (and sometimes famous) fans, energetic live performances and bits of MTV-heyday music videos. If you already know The Jam, you’ll appreciate the homage. If not, you’ll be happy to add them to your playlists. Plus, all those Vespas — official mode of transport for Mods — are just damned cool.