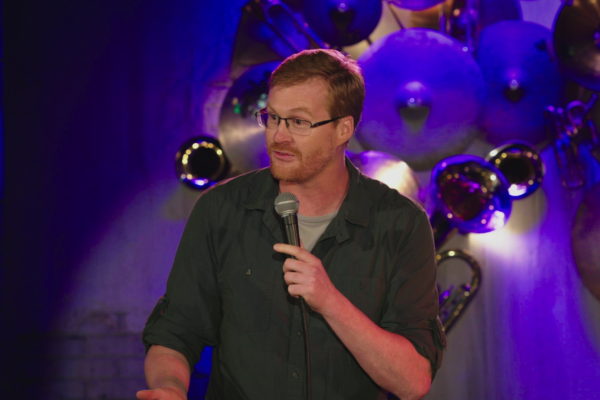 Comedian Kurt Braunohler has a history of taking risks across many platforms. He hosts the weekly variety show Hot Tub with Kristen Schaal and a Nerdist podcast called The K Ohle and even once had an improvisational game show called Bunk on IFC. Online, he’s just as much of a daredevil with 51k followers on Twitter and 16k on Instagram. But what might be most interesting are his experiments on Tumblr, especially his current one inspired by Oblique Strategies, a deck of cards intended to overcome creative blocks and developed by Brian Eno and Peter Schmidt. We talked to him about this latest enterprise as well as some of his other digital adventures.

Q: How and when did your latest experiment on Tumblr come about?  Have you played on the platform before?

A: The Oblique Strategies site is fairly new – two or three weeks old. Having the Comedy Central special taping was what motivated it. I’m all out of material. So I need a way to stay motivated to write every day. Before this, yeah, I have a few other Tumblrs that were failed projects. One is called “Babies Not Remembering  9/11” which was just pictures of babies who can’t “Never Forget,” because they never knew. Nobody liked that one. I loved it. But I also thought that this project is so specific, I don’t want it on my main Tumblr page. Most of those follows are from my “How Do I Land?” photo – I doubt they’re interested in the musings of an aging comedian.

Q: What’s been the most interesting prompt from Oblique Strategies so far?

A: “When is this for.” It’s also the one that I couldn’t publish the majority of the post because I’m still wrestling with whether it’s ethical to talk about it. But I think it uncovered the biggest project for me that I’ll be working on in the coming year.

A: I think it would be Day 2 – all about my mom’s sickness – that one just flowed out of me pretty effortlessly. And I like that it has a beginning, middle and end. Plus, it’s very personal.

Q: Have you peeked at future cards?

A: I have not! But the one I got on Friday was the most difficult “In complete darkness or a very large room, very quietly.” What the fuck? That one pissed me off.

Q: Any interesting responses from people either online or when you tell them what you’re doing?

A: It’s got a very small following at this point – but the people who like it really love it. I don’t think it’s for everyone. But that’s fine. I’m using the publicness of it for selfish ends – it makes me accountable on some level. That I can’t just go a week without writing. I have to try and do it every day. I don’t always succeed, but I have to try.

A: The “How Do I Land?” photo. I paid a skywriter to write “How Do I Land?” in the sky – that’s been shared a few hundred thousand times. The next most shared is a text conversation from a wrong number that texted me, in which I try and convince him that I am himself from the future. That one is in the hundreds of thousands of shares, too.