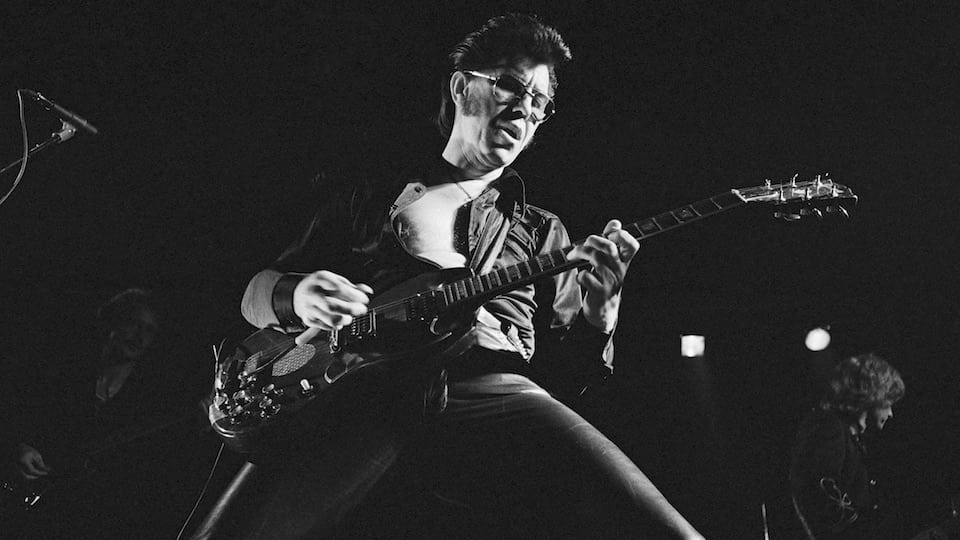 For Link Wray, it all started with a rumble.

Born Fred Lincoln Wray Jr. on May 2, 1929, Link Wray is one of the “patient zeros” of rock n’ roll. The late inventor of fuzz guitar is responsible for defining much of what makes up the genre today – distortion, power chords, and swagger. Today, we take a look back at the stellar musician and his song that caused a rumble around the world.

It began with an experimental (and at the time largely controversial) song he and his Ray Men orchestrated called “Oddball.” It was performed for the first time live at a small gig in Fredericksburg, Virginia in 1958 – an uncanny time when distortion, feedback, and of course fuzz guitar were sounds still uncharted in the rock n’ roll scene. Of course, in today’s sound sphere, we can’t imagine what rock would be without a ripping guitar (or five.)

Link and his crew pulled out all the stops on stage, so much so that the crowd demanded four encores of “Oddball” from the band. The loud, gripping, and solely instrumental jig soaked in distortion from that night eventually turned into the beginnings of what would eventually become the hit we all know and love: “Rumble.”

After Wray discovered that the live performance they gave needed to be put on tape, he turned to the recording studio in an attempt to capture the same sound that made the crowd roar that night. By poking holes in his guitar amp, and tapping into his natural ingenuity, Wray was able to achieve the same gritty distortion that shook the walls of the small venue. From there, “Rumble” was born, and quickly made its way onto every radio station. Sounds like the natural progression of a hit song, right? Well for Wray, it wasn’t that cut and dried.

“Rumble” became, and remains, the only instrumental song to be banned from radio in the U.S. It’s quite a feat to achieve, and Link Wray did it swiftly. For one thing, the song originally got its name from Wray’s stepdaughter, as she claimed that it sounded like a street fight. At the time, the term “rumble” was equated with gang fights, and the general public felt fearful over the song’s potential dignification of crime and gang culture.

With the growl of Wray’s guitar, paired with his louder-than-life backing band, many felt the track’s sound implied messages of violence, delinquency, and gang culture. Despite its controversy at the time, “Rumble” went on to climb charts briskly, reaching number 16 in the U.S. in 1958. It was the same sounds that the audience feared that also drew them in. From there, Link Wray went on to shake up – and ultimately shape – the sound of rock n’ roll as we all knew it.

Wray honed in on his signature guitar sound throughout the rest of his musical career, releasing other distortion-heavy hits like “Jack The Ripper, “The Swag,” and “Ace of Spades.” In addition to pioneering fuzz guitar, Wray also popularized the power chord – a chord shape that we all know now as the foundation for any good rock song.

The impact of “Rumble” and Wray’s guitar-playing ingenuity was far and wide, inspiring budding musicians to pick up a guitar. From Page to Townsend, it is evident that classic rock would not be what it is today without the stir that Wray created with “Rumble.”

“Oh, my God. That record was really important,” shared Creedence Clearwater Revival frontman John Fogerty in an interview with Ultimate Classic Rock. “When it hit, it was a hit on the radio, all the kids were tuned into it – not just me. Everybody understood: Man, that’s so cool.”

Today, 62 years after its debut, “Rumble” remains as cool as ever.

6 comments on “Link Wray and the Impact of “Rumble””