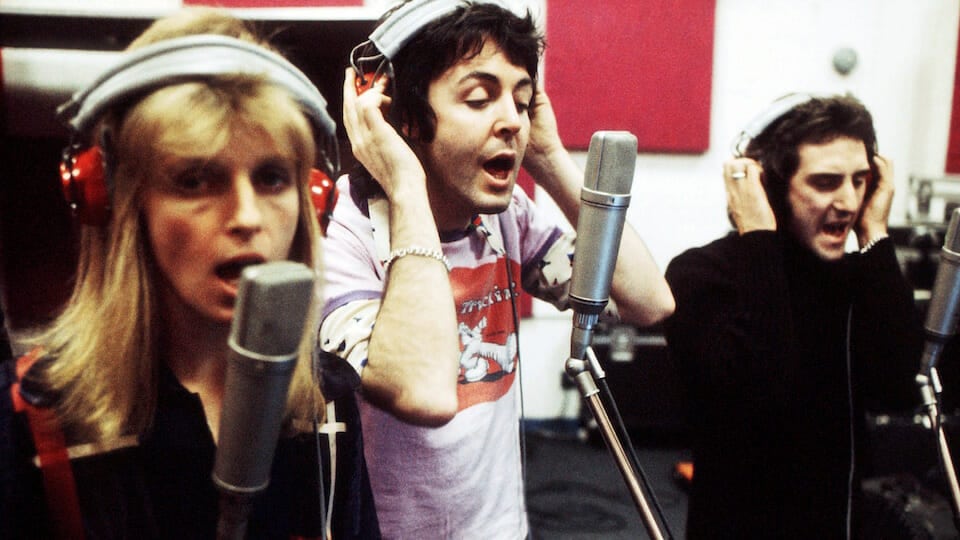 As compilations of Paul McCartney’s work go, Wings Greatest, released in November 1978, is pretty strange. Arguably, it doesn’t even include the totality of McCartney and Wings’ greatest hits at the time, omitting the number-one 1975 single “Listen to What the Man Said,” as well as a trio of top-10 hits in Band on the Run’s “Helen Wheels,” London Town’s “I’ve Had Enough,” and the band’s sizzling live version of “Maybe I’m Amazed,” culled from Wings Over America. But still, for my money Wings Greatest may actually be the greatest of them all.

Related: “Waiting in the Wings with Paul and Linda McCartney”

Recently reissued as part of McCartney’s deluxe remastered titles, Wings Greatest was originally released in order for the former Beatle to fulfill his contract with Capitol Records, clearing the way for him to sign a lucrative new deal with Columbia. But in my household, Wings Greatest had quickly fallen into heavy rotation. My father and I had forged a special bond over the Fab Four, and we hardly cared about the omissions—heck, we barely even knew about them at the time. We were simply happy to have the album’s contents captured together in one place.

To put things in context, this was the late 1970s, when much of the hit ex-Beatle product belonged almost exclusively to McCartney. Save for George Harrison’s “My Sweet Lord” and “Give Me Love (Give Me Peace on Earth),” Starr’s “It Don’t Come Easy” and “Photograph,” and Lennon’s “Imagine” and “Whatever Gets You Thru the Night,” McCartney and Wings were the juggernauts of the post-Beatles age at the time. Even today, of the 20 number-one hits charted by the former bandmates from 1970 through the present, Beatle Paul has notched 11 of them, although the last entry pointedly belongs to Harrison with 1987’s “Got My Mind Set on You.”

Years later, as the compact disc-era ushered in new expectations for fidelity, I waited—like so many Beatles fans around the globe—for the Fab Four’s inevitable release on compact disc. It was 1985, I was ensconced in college at Texas A&M University, and I was busily replacing all of my vinyl with CDs. Like today, I was an early adopter, and I couldn’t wait to get my hands on as many of those little silver circles as humanly possible.

And that’s when word made its way to College Station that a Wings Greatest CD release had become available as a Japanese import. The only problem was that the only known distributor at the time was a discount record store on the outskirts of Houston, some 90 miles away.

Sure, I had a car at the time. It was a gold 1968 Ford Galaxie 500. Weighing in at nearly two tons, the Galaxie 500 sported a 302 cubic-inch V8 engine and could fly like the wind. But it was unquestionably an old car—an obvious relic in the fuel economy-conscious 1980s.

As for the Galaxie 500, my parents let me take the thing to college, reasoning that all that metal would protect me in case of a collision. They had only one proviso: that I restrict my driving to the College Station environs. Any other trips were strictly prohibited. It was a rule that I followed faultlessly until one spring evening when I simply couldn’t wait any longer.

With no Beatles CD output on the horizon, I jumped in the Galaxie 500 with my roommates, trundling off towards Houston in all of the old car’s fuel-injected glory. When we arrived at the discount store, there was a single copy of Wings Greatest waiting in the CD bin. And priced at a staggering $31.99 (nearly $75 when you account for inflation), it was hardly a discount. But I didn’t care, happily scribbling out a check to get my prize.

When I returned to my dorm room in the wee hours of the next morning, Wings Greatest didn’t disappoint. Such classic tracks as “Band on the Run” and “Jet” sounded just as I had imagined they would—better even, as I swooned over having finally added McCartney and Wings to my burgeoning CD collection.

And I almost got away with it. When I returned home for summer break, my father nonchalantly handed me the canceled check from the discount store. The jig was up, and I delivered a full confession. He was disappointed, of course—and he should have been. This was 1985 and the days before cell phones. Even the best route from College Station to Houston was pocked with miles of nothing—deserted roadway running among barren fields and the occasional country town.

Related: “‘Back To The Egg’: A Perfect Finale to Paul McCartney and Wings”

Later, as we sat down together to give the Wings Greatest CD a listen, he was still plenty mad. But as “Another Day” crackled into being, followed by “Uncle Albert/Admiral Halsey,” “Junior’s Farm,” and McCartney’s other 1970s gems, he cracked a smile. And I knew that somewhere deep down, he understood.

7 comments on “Everything Fab Four: Wings, Still the Greatest”