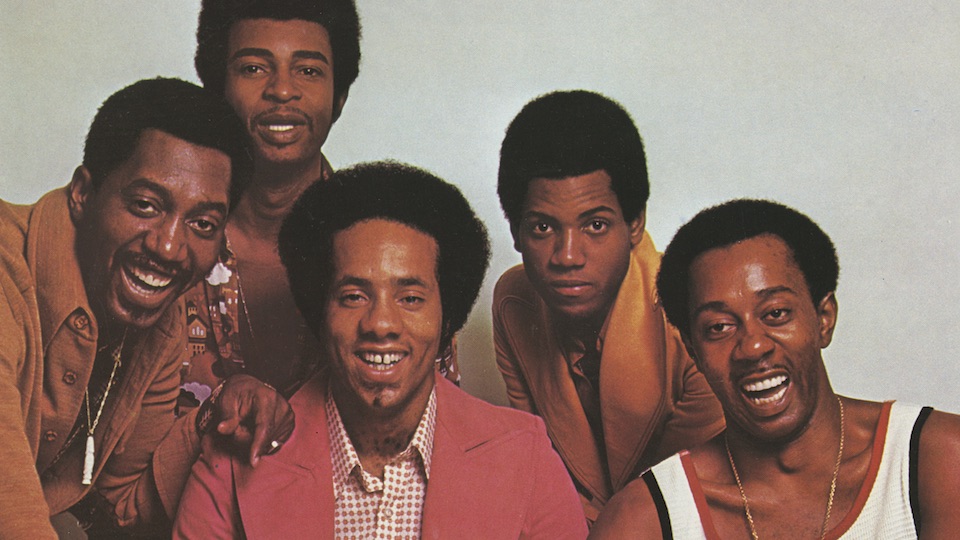 By 1973, The Temptations reached a daunting oasis. The quintet’s 12-minute revamping of chief producer Norman Whitfield and singer-songwriter Barrett Strong’s classic “Papa Was a Rolling Stone” relit their commercial fire, earning them one of their signature hits. That seminal single propelled its parent album, All Directions to huge sales and major acclaim, crystallizing the group’s groundbreaking collaboration with Whitfield and their tactful approach to diverse styles. Always at the forefront of sounds and tastes swarming in popular music, Whitfield proved to be a master at pushing boundaries with his arresting brand of psychedelic soul and thought-provoking social commentary. It was the very synthesis that reinvented the Temptations’ entire trajectory from debonair sweet soul crooners to a boundless vocal group that could tackle progressive territory and sit comfortably with classic rock’s elite.

But, looks are deceiving.

Just as their success and popularity rebounded, the group became disillusioned by the tie-dyed psychedelia and gutsy funk that pushed them above and beyond. They preferred their lovey-dovey ballads of yesteryear. Norman Whitfield grew as a top-billing producer in the Motown universe and they became increasingly worried that his prominence began to overshadow their efforts. For the first time in fifteen tumultuous, yet fertile years since they first set their sights on Hitsville, U.S.A. headquarters, the ever-evolving group was being seen less as inventive stylists in their own right and more as protégés from Whitfield’s camp. “On some tracks, our singing seemed to function as ornamentation for his instrumental excursions,” the Temptations’ founder and only remaining original member, Otis Williams later explained in his acclaimed 1988 autobiography, Temptations. “When we started reading articles where writers referred to us as ‘the Norman Whitfield Choral Singers,’ we really got mad.”

Though conflicts mounted and the group’s grievances fell flat on Motown executives’ ears, Norman Whitfield shrugged off the drama, refocusing his energies on sustaining their momentum. This time, he sought to expand his patented psychedelic soul mastery into loftier avenues with the group’s next full-length offering, Masterpiece, an ambitious six-song rumination on the travails of everyday Black life. Conceived and released at a politically-charged age in Black music where artists deepened their creative wells to express timely social concern, Whitfield took his observations about struggles that ravaged Black America to heart and transformed them into cinematic, forward-thinking experiences meant to captivate listeners. The Temptations weren’t strangers to being consummate interpreters of social commentary, as their wonderfully soulful voices gave life to stirring soul epics such as “Runaway Child, Running Wild,” “Ball of Confusion (That’s What the World Is Today),” “Smiling Faces Sometimes,” and the aforementioned “Papa.” But on Masterpiece, the group’s interpretive depth is highlighted, emphasizing how effortless they utilize their voices to weld a song’s ambiance and message with lasting picturesque resonance.

But, there’s more to it than meets the eye. To regard it as nothing more than Whitfield’s overblown attempt at superseding the scope and merit of its epic predecessor, “Papa Was a Rollin’ Stone” is downplaying its stark depiction of rough, hard-knocked inner-city life. Stylistically, it’s in fact a natural progression from “Papa.” Vivid imagery is conjured as each member of the Tempts soulfully harps on a conundrum of social disparities rendered in the song’s lyricism, including gang activity and theft, poverty, drug abuse, and rising unemployment. Once Dennis Edwards gruffly asserts near the epic’s concluding mid-section, “It’s an everyday thing in the ghetto,” the impact behind the words and its instrumental backing is felt. While it doesn’t exactly possess the lyrical inventiveness of other revered sociopolitical staples from the classic soul era, there’s more than enough gripping realism captured in “Masterpiece”’s artistic construction to make a case for it being as much of a compelling portrait of urban plight and rage at the dawn of 1970s as “Papa Was a Rollin’ Stone” was. In fact, it’s just as timely and powerful now as it was in 1973.

The steely, widescreen grandeur set by Masterpiece carries over onto Whitfield’s return to familial strains with the haunting “Ma,” a motherly answer to “Papa Was a Rollin’ Stone.” Where “Papa” was a seething tale of emotionally fragile children uncovering painful truths of a nefarious father’s misbehavior toward his abandoned family, “Ma” finds tenor Richard Street, baritone Melvin Franklin, and underrated post-Eddie Kendricks falsetto, Damon Harris trading leads, taking on the perspectives of a “backwoods Mississippi”-born matriarch’s children, surveying her emotional turmoil as she finds solace in the Blues after “Papa” abandons his broken family. Arresting and expressive, Street showcases some of the most sterling vocal work of his career on this particular song, enriching its emotional gravity with each inflection and tone shift utilized in his exclamatory voice. A slight lull sits in the album’s middle with two fine, yet routine symphonic soul slices of social commentary: the Dennis Edwards-led “Law of the Land” tackles the hypocrisies of human society and the rules we must follow in order to live, while the similar-sounding, proto-disco stomper “Plastic Man” nails a worthless, self-made opportunist who would betray anyone and reach all measures to get over.

The album concludes with a harrowing look into the dangers of psychoactive drug use, “Hurry Tomorrow.” In the cinematic spirit of the album’s audacious title track, this eight-minute odyssey begins with a kitschy mini-monologue atop a muggy vamp, where tenor Richard Street plays a hip neighborhood drug dealer coercing his friend, played by falsetto Damon Harris, to partake in “a brand new experience.” Soon, the initiation falls into a gray world of psychedelia and bleakness, as a sorrowful Harris croons of a hallucinatory trip gone awry that he painfully wants out of.

But, as the trip gets heavier, an end seems uncertain and the “tomorrow” he pleads for never comes. Nightmarish imagery found in lines like “The sky is falling / I’m crawling, the world’s crumbling down” and “Pacing, racing, and chasing myself / in a room without a floor or a door” brings the song’s druggy ambiance to a new height, as Harris vividly describes the tragic descent into his drug experience. These startling visual elements used in Whitfield’s evocation of drug use meld powerfully with the hypnotic timbre of the slow, bluesy funk underneath it all, injecting a darkly menacing undertone to this epic. Right as the nightmare builds and intensifies, a majestic, mind-altering soundscape of tape loops, incidental music passages from Masterpiece’s previous songs, and jarring distortion arises and chaos ensues. Unflinchingly gripping, the visceral excellence of “Hurry Tomorrow” deserves to be revered as other moving anti-drug sentiments of the era like Neil Young’s “The Needle and the Damage Done,” Curtis Mayfield’s “Super Fly,” and Laura Nyro’s “Been on a Train.”

Upon its 1973 release, the public saw Masterpiece as a commendable stepping stone for the Temptations, but many were doubly flustered by producer Norman Whitfield’s reliance on extended instrumental passages and bombastic production values. The opulent album art caused more questions than answers as to whose ‘masterpiece’ this truly was: the sleeve featured the group’s faces profiled on a bas relief. Underneath, an inscription reveals “Produced by Norman Whitfield.” On the back, a smaller image of the Tempts performing in concert emerges from an enlarged soft-focused portrait of Whitfield with this same inscription sitting underneath. None of the group’s names appear in the credits. Controversy aside, the album kept the group’s commercial power afloat, peaking high on Billboard’s pop and soul album charts, as well as securing them another gold seller.

In the wake of Masterpiece’s release, Whitfield rode a prolific wave, cutting successful product for other acts on Motown such as the Undisputed Truth and Rare Earth, before departing the label in 1975 to form his own label, Whitfield Records. Though he was met with detractors who couldn’t discern whether his pioneering style was gimmicky, pretentious, or inspired, his bold audacity in pushing soul music’s sonic barriers into unchartered territories couldn’t be denied. Later in 1973, the Temptations cut one final album with Whitfield (the terribly underrated 1990) and severed ties with him, eventually retreating to their familiar stomping grounds as traditional soul stylists. While the Temptations would churn out major hits during their later years, there’s no doubt that they hit their artistic stride during their landmark collaboration with Whitfield. Long acknowledged as a lesser release in the Temptations’ Norman Whitfield-era canon, Masterpiece is overripe for rediscovery as a lost jewel of early 70s cinematic soul that deserves to be mentioned in the same field of righteous classics such as the O’Jays’ Ship Ahoy, Stevie Wonder’s Innervisions, and Curtis Mayfield’s Back to the World. After all, it was a near-masterpiece of righteous high art that could’ve only derived from masters at the peak of their game.

6 comments on “The Temptation’s “Masterpiece” – An Appreciation”