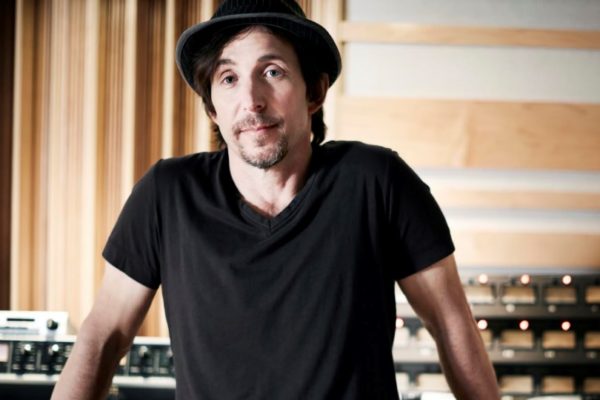 Over the years, New York City has coughed up more than its fair share of gifted singer-songwriters, from Queens boy Paul Simon and Bronx-born Laura Nyro to Brooklynites Neil Diamond and Norah Jones. There’s also Manhattan’s own Suzanne Vega, and Staten Island’s Christina Aguilera to tag a mere few. But just on the other side of Queens lies Long Island, the Big Apple’s unofficial sixth borough. And yet, despite all the artistic action that’s emerged in the city through the decades, L.I. has traditionally been treated like the disregarded stepchild, its contributions to the culture overwhelmingly ignored. A handful of Long Island bands have made it into the annals of history — Twisted Sister, The Good Rats, Vanilla Fudge, Blue Oyster Cult, Mountain, and The Stray Cats — but when it comes to singer-songwriters, outside of Lou Reed and Billy Joel, Long Island’s most talented offspring are largely unknown to the world at large. So here’s where the world starts catching up (listed in no particular order).

1. Elliott Murphy
Hailing from Garden City, Elliott Murphy released his first album, the lost classic Aquashow, in 1973, the same year Bruce Springsteen debuted. Murphy’s literate, post-Dylan brand of rock ‘n’ roll was not a million miles from Bruce’s, and there was some serious buzz surrounding him, but he never made the jump from cult status to the mainstream. Eventually he moved to France, where he became so celebrated that he was honored with the Chevalier des Arts et des Letres award. To give you an idea what that means, other honorees have included the likes of William S. Burroughs and Phillip Glass. And as you can hear in the tune here, even if Aquashow didn’t earn Murphy fame, its influence seeped into the sound of savvy songwriters who were paying attention at the time, like Elvis Costello.

2. Wes Houston
Okay, so technically he’s from Queens Village, just on the other side of the border, but when he and his band conquered the tri-state area, Long Island was the stronghold of Wes Houston‘s fiefdom. If you were banging around the club scene there during Houston’s heyday in the ’70s and ’80s, you knew his name and his ur-Americana blend of rock ‘n’ roll, country, blues, and folk influences. He was part of the East coast folk scene in the ’60s and made his first recordings for the legendary Broadside Ballads series before going the band route in the ’70s. Houston’s still turning out great tunes today, and in between gigs he hosts a regional live music TV show.

3. David Cantor
Garden City’s answer to Donald Fagen started making his way on the Greenwich Village singer-songwriter scene of the ’80s. But it was when David Cantor nabbed Kelly Flint to sing his songs in their duo Dave’s True Story in the ’90s that his name really started getting around. Matching brainy, poetic, often bitingly satirical lyrics with jazz-schooled tunes that could have come out of the Great American Songbook, Cantor crafted an amazing body of work across four albums of his precision-crafted compositions. Despite earning press plaudits, film and TV placements, and a loyal cult following, Dave’s True Story eventually called it quits, but Cantor’s still turning out arresting, idiosyncratic tunes on his own.

4. Sport Murphy
The bard of Bay Shore, Sport Murphy started out in the ’90s as the frontman for The Skels, but ultimately emerged as a singer-songwriter with a gift for graceful melodies and gravitas-laden lyrics. The storied Kill Rock Stars label released three albums by Murphy between 1999 and 2003, and each of them contains as fine a batch of tunes as you’ll hear from any other auteur of the era. More recently, Murphy has been cloistered away working on an ambitious, multi-media project that’s expected out later this year. But in the meantime, here’s a taste of one of his previous crowning creative moments.

5. Roger Street Friedman
The first thing you’ll read in much of the press about Sea Cliff songsmith Roger Street Friedman (pictured above) keys in on his late-bloomer status, talking about how he didn’t release his first album until after the age of 50. But that’s just arithmetic. What really matters, as a listen to his latest release, Shoot the Moon, will quickly reveal, is that he manages to create a fluid blend of folk, country, blues, rock, and soul influences in a constantly shifting sonic gumbo that variously recalls Paul Simon, Delbert McClinton, Jackson Browne, Boz Scaggs, and Lyle Lovett (to name just a few) depending upon the moment. And even more impressively, he makes it all sound utterly original.

6. Emily Duff
Emily Duff spent her formative years in Northport, but judging from her sound you’d expect that she’d grown up somewhere on the other side of the Mason-Dixon line. Her blend of alt country and indie folk is peppered with soul and gospel influences, and shot through with the kind of street-savvy lyrics that only an East coaster could craft. Her most recent release, Maybe in the Morning, was cut at the legendary FAME Studios in Muscle Shoals, AL, where countless R&B greats set foot before her, and its tangy brand of country soul incorporates old-school influences while still feeling very fresh.

7. Pete Mancini
Floral Park troubadour Pete Mancini has spent the last few years fronting Butchers Blind, one of New York’s most promising alt-country bands. But he’s recently busted out on his own for his solo debut, Foothill Freeway, which finds him incorporating more old-school country rock influences for a feel that’s more Byrds/Gram Parsons than Wilco. His eye for telling detail in his lyrical observations and his knack for ingratiating hooks helps to set him apart from the Americana pack.

0 comments on “The Songsmiths of NYC’s Sixth Borough”