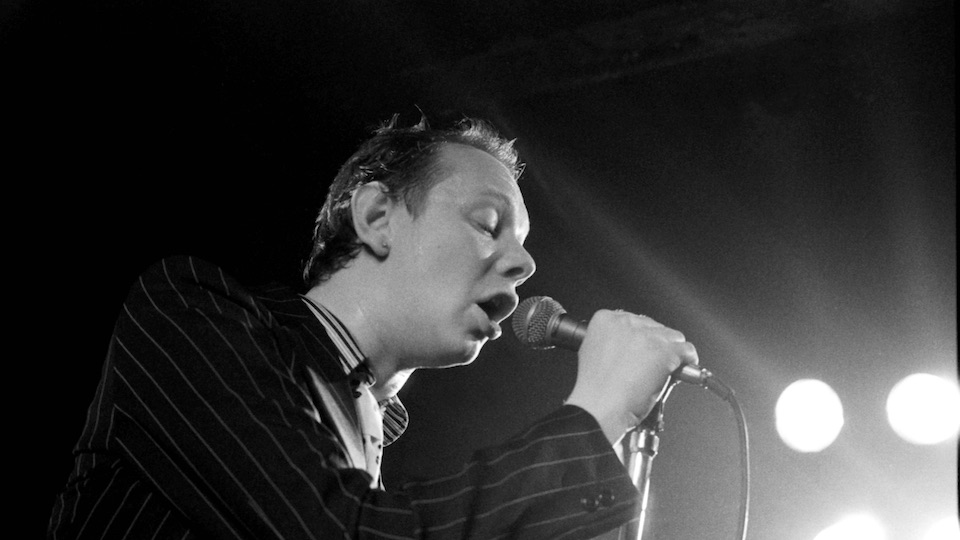 When Joe Jackson and his band made their debut in 1979, they cut through the monotony of arena rock, doe-eyed ballads, and disco, hitting us with not one but two albums of straight up new wave rock – Look Sharp and I’m The Man. 40-plus years later we’re still reeling from that one-two punch of classics. Here are six of my favorites from Joe Jackson, circa 1979:

1. Is She Really Going Out With Him? (Look Sharp)

I’d probably get chided if I didn’t include this, but for me, it’s a no-brainer to list it first. It’s the reason I’m talking about him right now and its success allowed Joe to spread his fan base around the world, record, tour and eventually shift to many disparate styles of music. The single was first released in late 1978 and failed, but the timing was right for another try that following Summer. It peaked at #21 in the US in August 1979, the week that The Knack’s “My Sharona” hit #1 and even though the disco backlash prompted radio to start playing more rock, you needed to have a good one ready for airplay which Joe did.

Beginning with a dry blast of guitar, drums, bass, and piano, the band segues into a confident lilt, opening with the classic line “Pretty women out walking with gorillas down my street.” This single’s popularity gave way to much lyrical misinterpretation. Was Joe a sexist? Racist? Or the overused and poorly placed angry young man? Turns out that Joe just built a song around a really cool phrase.

Related: “The English Beat Goes On”

My absolute favorite JJ track. The opening single from Joe’s 2nd album, I’m The Man should have been a big smash for him in the States as it was in the UK, but it topped out at #101. Stepping to the front mic and leaving the piano behind, Joe flips a common scenario between the sexes with the man the one looking for a commitment, angrily spouting his confusion just before the woman directly asks for just sex, calmly telling him – “Don’t give me love. Don’t you know that it’s different for girls?”

The fact that Joe turned this album around so fast has made many dub it as Look Sharp Part 2. During the time between albums, the band became a much tighter unit with a better feel to compliment Joe’s songs. On this takedown of mainstream pop culture from movies, fads even Joe’s own overnight success, you can hear his songwriting mature, always trying to add something new to avoid any labels while he layers in his own subversive humor. He delivers lines about selling things you don’t need like “I’m the man. I’m the man who gave you the hula hoop.” and “See I can’t always get through to you so I go for your son.” completely straight that the public may have been missed the irony. No matter to him, because once you’ve figured it out, Joe is two steps past you.

A song that’s as relevant now as it was 40 years ago, even sadly prophetic. “Sunday Papers” is a biting commentary on the sensationalistic press that preys upon people’s fears to sell their media, whether it’s newspapers or magazines or their own political views. This reggae-rock track with harmonica solo is the definitive version, but I also recommend his version from his 1984 Body & Soul tour found on Live 1980-1986, in which the band starts off with the big band swing beat before breaking for Joe’s introduction – “This is a song about bad news.”

“Once you clock in, you’ll take any shit. Ain’t that right?” That line is probably the only reason why radio stations forgo playing this one on the Friday afternoon drive, settling instead for “Working for The Weekend.” This frenetic closer to I’m The Man tells the story of Lazy Gilly, the sweet hippie who was all colorful smiles before joining the 9-5 grind, and whose passion for life has been reduced to dressing in black waiting for her Friday paycheck. Play this one loud at the end of your next work week, if only for Gilly’s sake.

Joe had his own unique way of writing a love song and this would be his first example. Swaying to a sparse reggae swing, he sings about all the reasons why being in love is so foolish, or downright pathetic, taking to task those lovers who think they’re “heroes cause they get to feel more pain”. Then he turns on himself saying that he knows what he’s talking about and admits to his “lady love” he’s a fool too. Ah, young love. It’s time to pull your fool in tight.

Joe would record one more album, Beat Crazy with his original band before zigzagging across the musical spectrum. He reunited with them for another album, Volume 4 in 2003. Looking back we didn’t know what kind of magical ride Joe would take us on, but forty years later, his fans are still enjoying the journey.