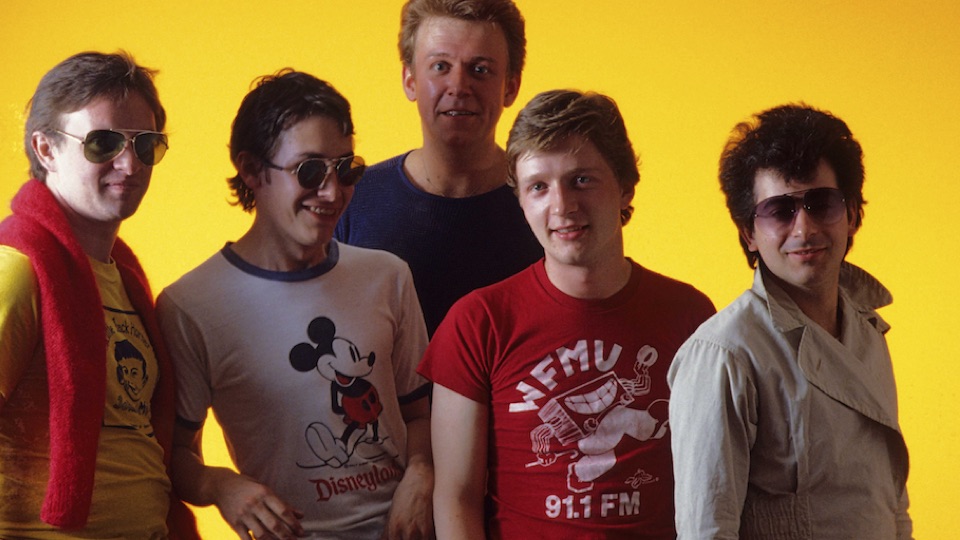 XTC has one; Elvis Costello has two! But what about Squeeze? Surely, they’re due for a tribute album. After all, with hits like “Pulling Mussels (From a Shell),” “Another Nail In My Heart,” “Tempted” and “Black Coffee In Bed,” songwriters Chris Difford and Glenn Tilbrook were New Wave’s answer to Lennon and McCartney. Turns out indie label Burning Sky Records—who produced tributes to Jellyfish, Posies and Roxy Music—did release a covers set of Squeeze’s first four albums called If I… If I… If I… The Songs of Squeeze Revisited in 2011. We gave it a spin to see how it measures up.

Related: “The 10 Best Squeeze Songs You May Have Never Heard”

Despite Squeeze co-songwriter Chris Difford’s differences with producer John Cale (Difford said Cale had Squeeze doing some “awfully strange things” while recording their 1978 debut—including foregoing songs from their set for ones he wanted them to write about “musclemen”)—the album nevertheless produced a few gems. So how did the relative unknowns on Burning Sky’s set fare with material from a then-unknown group of UK scruffs? The Steve Sizemore Group indulges a doo-wop intro before diving into the expected freneticism of “Sex Master” but Sartre’s Lobster’s busy take on “Take Me I’m Yours” buries the original’s simplicity and greatness in a bit too many layers for this fan’s liking.

Just a year after their debut Squeeze hit their stride with their sophomore release Cool for Cats in ’79, adding synths to their Farfisa beats and scoring 4 UK Number One hits in the bargain—including “Up the Junction,” Goodbye Girl” and the title track. Black Sugar Transmission sexes up an already supercharged “Slap and Tickle”—no mean feat—and Sweet Diss and the Comebacks amp up “Touching Me, Touching You.” Throwback Suburbia, on the other hand, stays pretty faithful to “Up The Junction,” which often is the best strategy when the original is so strong. I like their Harrison-esque slide guitar and the vocal “la las” in place of the original’s synth. Barry de Foyle’s time signature changes on the title track keep one guessing, but it’s really just hard to match the original with Difford’s cockney delivery.

Argybargy holds a special place in my heart; I wore out the grooves as a lad and Squeeze’s third LP from 1980 is still one of my faves. With the aforementioned “Pulling Mussels…” and “Another Nail…” rubbing elbows with excellent deeper cuts “Separate Beds,” “Misadventure,” “Farfisa Beat” and “Wrong Side of the Moon” the bar is set very high on this one. So how did the cover artists do? Threads with Givvi Flynn’s “Pulling Mussels” packs a wallop but nearly overpowers the original with arena rock muscle; Nigel Frayling-Kelly’s take on “Another Nail In My Heart,” which begins in cabaret mode before kicking into higher gear, is a refreshing take. Nurse Diesal does “Farfisa Beat” as James Gang-meets-Satriani. Not my thing but it could well be yours. Henik’s faithful take on “If I Didn’t Love You” is fetching and I applaud PoP is ArT with Derek Chafin’s attempt’s to go reggae-cum-Beatles during “Misadventure”’s verses (though it does tend to deflate some of the exuberance of the Squeeze original).

Squeeze’s fourth was originally meant to be a double LP with one side produced by Elvis Costello, another by Dave Edmunds, the third by Nick Lowe and the fourth by Paul McCartney! They fell short of that goal but Elvis did co-produce and the band ended up working with Edmunds and Lowe on 1981’s East Side Story, too. Paul Carrack replaced Jools Holland on keys and sang lead on the track “Tempted”, which became Squeeze’s biggest U.S. hit to date. In a way the original album is sort of like a covers disc—its Squeeze doing Merseybeat (“Is That Love”), blue-eyed soul (“Tempted”), rockabilly (“Messed Around”) etc. So, based on the grab bag of styles on the original it should make it easy to accept the same variety from a group of artists covering the material. Right? Well … yes and no. There are some bold choices by those paying tribute but they don’t all work. Threads goes for modern rock/ skate metal on “Is That Love,” which nearly squeezes out the original’s Fab-ness with a heavy hand. Black Turtle Dove opts for slow blues instead of rockabilly on album closer “Messed Around” and Goldapples’ baroque pop take on “Woman’s World” has moments of charm.

Reviewing this one was challenging; I have a genuine affinity for the originals, so almost any artist covering them will fall short of expectations. With that said, there are more than a few covers among the 50 here that pack a modern-rock wallop. If the combination along with Difford and Tilbrook’s lyrics/melodies sounds like something you’ve always been waiting for, then this one is for you!

1 comment on ““Squeezing” New Life Into Their New Wave Classics”