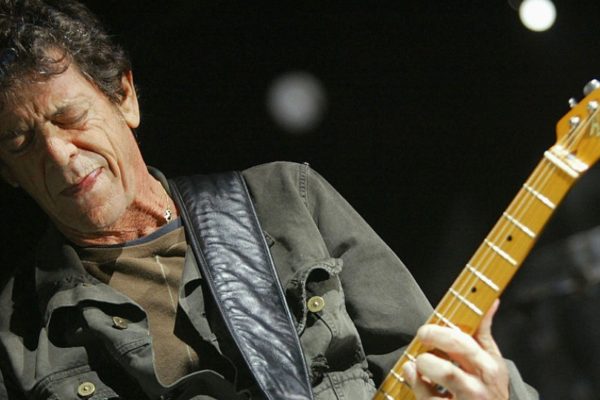 I think we can all agree that Lou Reed’s never been shy of going to extremes. After all, this is the artist who followed the distorted noise of White Light/White Heat with the quiet introspection of The Velvet Underground. Who, after conquering the charts with the hit-driven Transformer, went on to release a full-blown rock opera whose themes of violence, drug abuse, and suicide were anything but accessible. It makes sense then that 1975’s infamous Metal Machine Music, an album that was nearly anti-musical in concept and execution, would be followed the next year by one of Reed’s sweetest and most easy-going.

Coney Island Baby indeed sees the singer-songwriter in full pop mode, but not the kind that you might find annoying – there are catchy hooks and the sound is polished, but the material seems to always agree with this treatment. Right from the start, “Crazy Feeling” welcomes us with a beautiful slide guitar line and a set of romantic lyrics that complement it: “You’re the kind of person that I’ve been dreaming of/You’re the kind of person that I always wanted to love.” No traces of irony are to be found, and this makes the message all the more powerful – rarely does Reed sit down and write a direct love song, so when he actually does it you tend to believe him. His then-relationship with a transgender woman by the name of Rachel seems to be the main inspiration for the love songs here, as evident from the coda of the title track where he actually mentions her. But that happens only after digging through his own past over the song’s 7-minute duration and arriving at the conclusion that “the glory of love sees you through.” Poignant guitars, smooth backing vocals, and a Lou Reed that seems at peace with himself. What a beautiful sight.

The Velvet Underground outtake “She’s My Best Friend” benefits from this treatment too – the guitars are more crunchy and there’s also some soloing going on, but the mood still feels as relaxed and optimistic as can be. And the harmonies in “A Gift” nearly make a dreamy atmosphere for Reed to deliver the funniest line on the whole album: “I’m just a gift to the women of this world.” The only song that really interrupts this mood is “Kicks,” and that would be a problem were it not among his best and most original compositions ever. The whole thing feels like walking in a late-night club while high out of your fucking mind on speed, with jazz music hitting you from one side and indistinguishable chatter from the other. You try to make conversation but only scattered, stuttered fragments come out of your mouth. Not that I would know what that feels like, but that’s exactly the thing – this is just as vivid of a song as “Walk on the Wild Side” was with all its Warhol factory characters.

Coney Island Baby as a whole may not aim for the same peaks as Reed’s best albums, but what it does is highlight a side of him that was not fully shown before. And in that regard, it is another important chapter in the story and one you can find plenty to like if you get into the right mood. Or if you don’t, there’s always “Kicks” and that should be enough to please any fan.

2 comments on ““Coney Island Baby”: Another Side of Lou Reed”