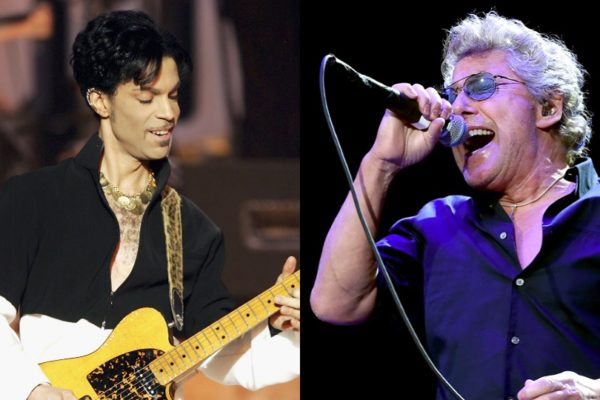 Sometimes at CultureSonar, our writers’ lists ranking the albums of a particular super-group (The Who, for instance), the music of a particular era (the ’80s perhaps), a type of band (like bar bands), or even an idea (such as the concept album) generate such a passionate response from our readers that we follow up the initial list with a new one based entirely on your opinions. We’ve actually got another related new post — inspired by your input — coming up in the next few weeks related to our recent lists about the Rock and Roll Hall of Fame. But in the meantime, here’s how your opinions and ours compared.

10 Albums That Defined ’80s Teens
• Our writer’s Gen X list naturally included Prince’s Purple Rain (and no one argued with that). Indeed most people didn’t want to retract Bon Jovi’s Slippery When Wet or The Go-Go’s Beauty and the Beat so much as they wanted the list to be longer.
• By far, the readers’ loudest outcry was around our omission of Michael Jackson’s Thriller and we’d have to agree. Tears for Fears’ Songs from the Big Chair, Def Leppard’s Pyromania… You folks definitely know your ’80s music.

Bar Bands
• When we initially proposed candidates for a Bar Band Hall of Fame, we had no idea that you’d be so vocal in sharing others besides NRBQ, Rockpile and Los Lobos.
• Your list includes the J. Geils Band, Southside Johnny and the Asbury Jukes, The Beat Farmers, The Good Rats and so many others that what was initially planned as a top ten spilled over into a top 15.

The Beatles Albums
• We asked a few experts — including the co-hosts of the Beatles podcast Fabcast — to do the impossible. Name their favorite Beatles album. And they did: Abbey Road, Rubber Soul, and Revolver.
• Within seconds of this post going live on Facebook, you were sharing which album you deemed best and liking the suggestions of others. We sorted through over 1000 responses to come up with a definitive fan list of the very top 5 Beatles LPs.

Concept Albums
• This may be our longest list, with over 30 concept albums ranging from Alice Cooper’s Welcome to My Nightmare to Frank Zappa’s Joe’s Garage. The oldest entry was The Pretty Things’ S.F. Sorrow from 1968; the most recent, Beyonce’s Lemonade from 2016.
• Your concept album list was grounded in the classics: Pink Floyd’s Dark Side of the Moon, Spirit’s The Twelve Dreams of Dr. Sardonicus, and The Beatles’ Sgt. Pepper’s Lonely Hearts Club Band.

The Who’s Studio Albums
• We placed Who’s Next and Tommy as the best of the best. Our writer’s inclusion of the compilation LP Meaty Beaty Big and Bouncy met with some push back but she fell in love with it as a child and just felt “the tracks fall together in such a great organic way.”
• You agreed that Who’s Next is the Who’s number one album but after that came Quadrophenia. While our initial list was restricted to studio releases, you argued so passionately for Live at Leeds that we gave the album its due within your top five.