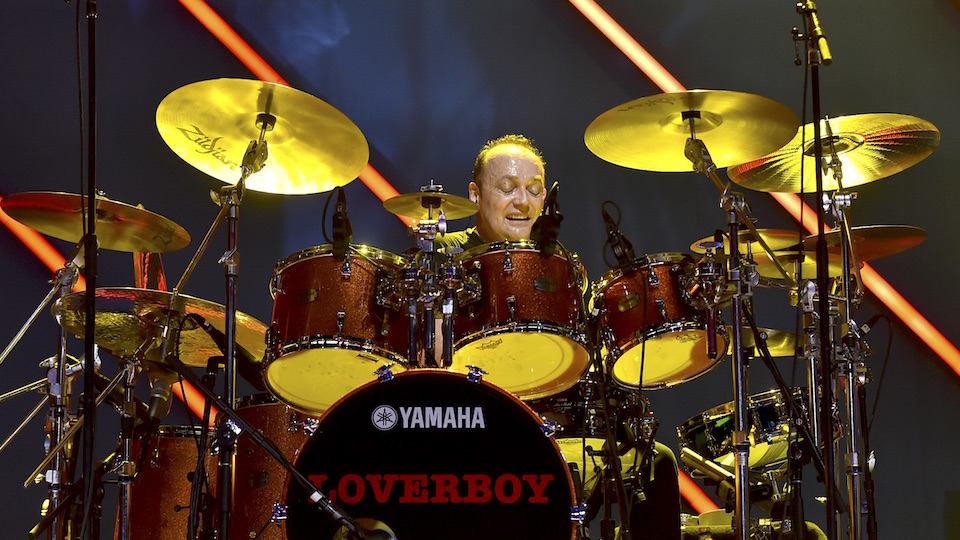 If you’re looking for love, they say timing is everything. The same could hold true for scores of musicians piecing together bands and casting their fate in the world of popular music. The band Loverboy formed in 1979 and within a year had a platinum debut album and two hit singles with “Turn Me Loose” and “The Kid Is Hot Tonight.” Maybe their success was simply due to good timing. More probably it was due to a combination of great songwriting by both lead singer Mike Reno and guitarist Paul Dean plus its fusion of driving rock and a new wave feel.

As the 1970s ended and the new decade gained traction, the public’s taste in popular music remained a colorful mosaic of sounds and genres. Disco, rock, punk, and new wave, along with country music’s move towards the mainstream (mostly thanks to the movie Urban Cowboy) filled the FM airways. How diverse was the music scene in 1980? Within months of Led Zeppelin’s In Through the Out Door garnering the number one spot on Billboard’s album charts, Lipps, Inc. began a month-long run at number one with their single “Funkytown” which sold over two million copies. That kind of musical spectrum was tailor-made for Loverboy’s sound.

Related: “Blasts From The Past: 5 ’80s Bands with Recent Releases”

Looking for variety? Dean cites country and rockabilly legends Duane Eddy and Luther Perkins as heavy influences. And then, of course, there was Jimi Hendrix. Mixing those styles did not exactly lead to Loverboy’s signature sound but by the late ‘70s, Dean was certainly taking notice of bands like The Cars and Cheap Trick. As his primary writing partner, Reno for his part was struck by the sound of Eddie Money. Stirring all the ingredients of that musical cocktail explains much of Loverboy’s music…and success.

Between 1980 and 1987, Loverboy released four multi-platinum albums and charted more than a dozen singles. Interestingly, in a nod to Loverboy’s rock-leaning, guitar-driven style, the band charted singles slightly higher on the Mainstream Rock charts than on Billboard’s Hot 100. “Working for the Weekend” (number two on Mainstream Rock; number 29 on the Hot 100) and “Hot Girls in Love” (number two on the former; number eleven on the latter) are perfect examples of this dual charting pattern, a pattern that holds true for every single Loverboy released. Rock? Yes. New wave? Yes again.

Related: “A Sound That Changed Music: The Yamaha DX7”

In a couple months, Loverboy will turn 40 years old. While many “classic hits” bands have changed their lineups, either by choice or necessity, Loverboy has changed very little. Other than replacing the late bassist Scott Smith with Ken “Spider” Sinnaeve in 2001, the rest of the group remains intact. Reno remains on lead vocals, Dean on guitar, Doug Johnson on keyboards, and Matt Frenette on drums. These guys are truly a “band of brothers.” As Dean explains, “Our success was never about fame, it was a vehicle to get to do what we wanted to do, which was play music. Touring is easy now, there’s very little drama. We’re pretty much the same band in an era where Three Dog Night is probably just One Dog Night.”

Loverboy hasn’t slowed down with the passing of the years. They recently finished a stretch of 50 plus high-energy performances at which no hit song was left behind. The band finished off their latest round of gigs by playing several Texas dates for Rick Springfield’s “Best In Show” lineup, which also included The Greg Kihn Band as well as Tommy Tutone. Enthusiastic fans were “lovin’ every minute” of Loverboy’s set as the crowd mouthed the words to radio staples such as “This Could Be the Night,” “Heaven in Your Eyes,” “Queen of the Broken Hearts,” and “When It’s Over.”

Which isn’t to say that Loverboy has stopped writing original music. The band released their ninth studio album — Unfinished Business — in 2014 and continues to drop singles periodically such as Dean’s solo effort “Hell Yeah” which came out with an accompanying video in which he combines a Canadian rock n’ roll road trip with cameos from Great White North pals like April Wine’s Myles Goodwyn, Helix’s Brian Vollmer, and Goddo’s Greg Godovitz. Loverboy’s current tour run through February 2019. Red leather pants not required.

Photo Credit: Musician Matt Frenette of Loverboy performs onstage during the first ever iHeart80s Party at The Forum on February 20, 2016 in Inglewood, California. (Photo by Kevin Winter/Getty Images for iHeartMedia)